Lovely Statesville, in Iredell, North Carolina, is not as large of a city as say, Charlotte or Winston-Salem or Greensboro, but I believe it is equal to or greater than, say Salisbury or Lexington. 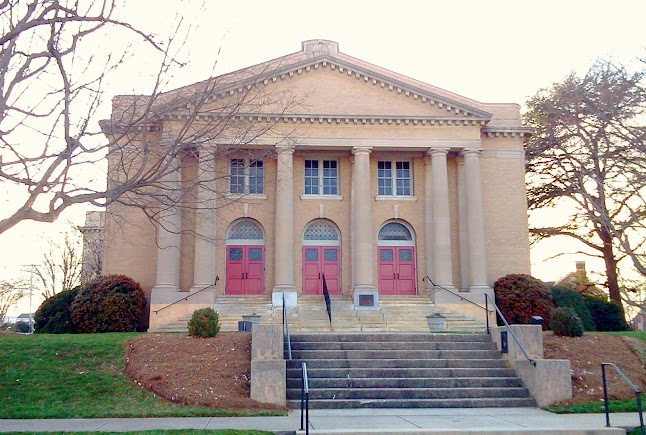 My recent trip to the Register of Deeds and the Library in Statesville was one of wonder, delight and impression.

I had only skirted through Statesville on my way to I40, mountain bound. Her edges, like that of many bustling cities, Southern or no, is one of cookie cutter big boxes, fast food, convenience stores and the entrance into Statesville from Salisbury, down Hwy 70, is one lined with industry. But  her heart is beautiful. I have seen glimpses, here and there of a sort of mill village along the edges near some old factory, perhaps a tobacco factory, reminiscent of the architecture of similar ones in every other little Southern village, but her downtown and historic section is nothing less than grand. 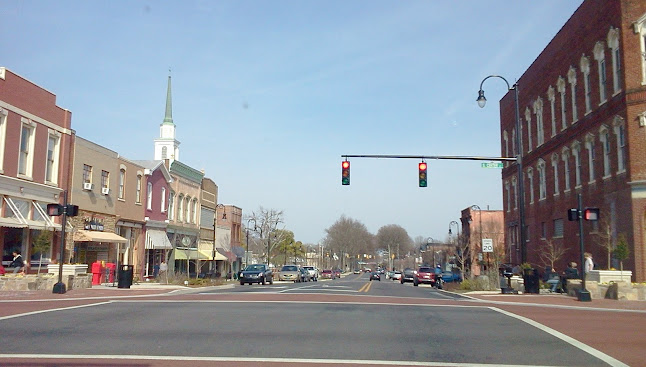 Statesville boasts a birth year of 1789. Pretty impressive. A strong German influence can be seen in many homes and buildings. She has kept her historic look, but with a certain sophistication and artistic edge. 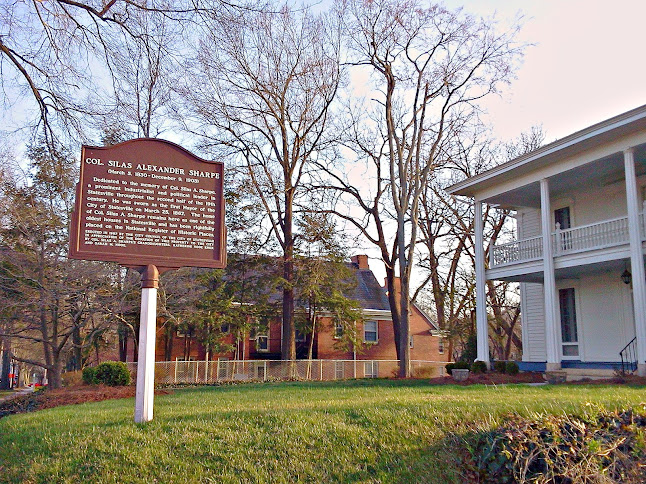 Statesville began as the Fourth Creek Settlement, centered around a church and near Fort Dobbs, the Fort built for the Colony of North Carolina on her Western front by Govenor Arthur Dobbs and was called such due to being situated on the fourth creek west of Salisbury, in Rowan County, an even older settlement. In fact, traveling from Salisbury to Statesville, you will cross a creek called Second creek, then another Called Third Creek, and then soon after you cross Fourth Creek, you arrive in downtown Statesville. Somewhere I missed seeing a First Creek, but I'm sure there had to be one. 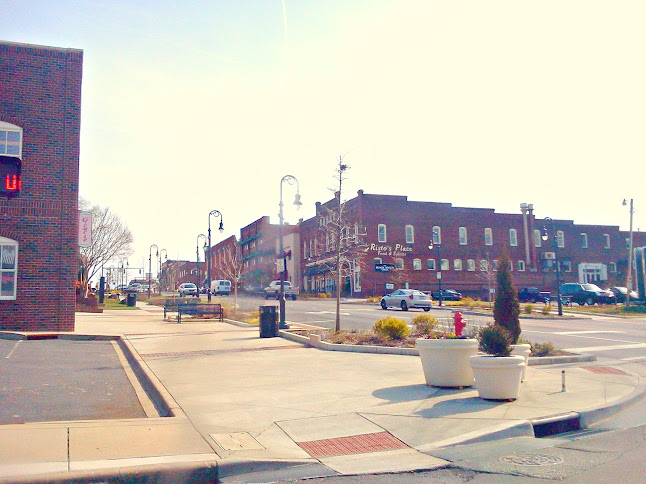 I was impressed, not only by the stately beauty of the city, but with the high tech facility of it's ROD and the Southern hospitality combined within.

Upon reaching the Government Office on E. Water Street, I was so glad to be back in North Carolina where I could find deeds, and records of marriage, birth and death in one spot, with a computer lookup, to make sure it's the right person, before I paid to print. Upon reaching the fresh, clean, modern facility, a young clerk greeted me and showed me exactly where I needed to go and how to navigate the system. He was polite, professional and a breath of fresh air. He even introduce himself and asked my name. Quite a difference from the office at Forsyth County, where you are highly ignored and made to feel you've committed a crime. 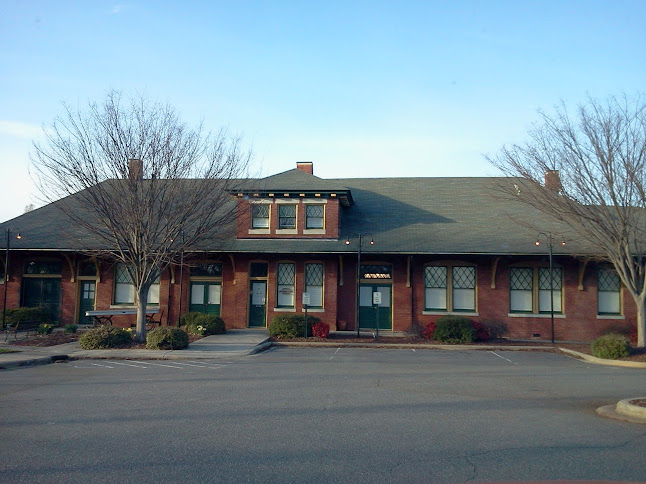 Iredell made my eighteenth county looking for family records. I have now been to Stanly, Anson, Union, Richmond, Cabarrus, Montgomery, Rowan, Davie, Davidson, Forsyth, Guilford, Moore, Hoke, Burke,  Marlboro SC, Chesterfield SC and Lancaster SC. I have made online searches in many others. My next trips will be made to Cumberland, and the dreaded Mecklenburg. While Mecklenburg is a close, and very necessary trip, I dread entering the belly of the whale, which is Charlotte, that old Hornet's nest where many of my father's ancestors originated. The Lemmonds, Walkers, Whites, Alexanders, Query's and others centered there. 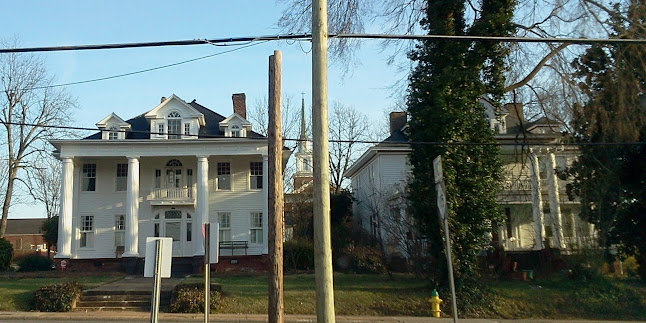 After leaving the Register of Deeds office, I headed for the library, which was convenietly across the street. They have an impressive History room and the library attendees were extremely professional and nice. I met a fellow researcher who made the amazing statement that most of his ancestry was from down my way. I informed him that that is where I was from and asked him what family. He said the Kennedys. Wow. I told him what I knew of the Stanly County Kennedy's, and that my Davis's had often gotten into feuds with them. He said they were carriage makers, and I agreed, yes they were. I also told him that they had originated in Davidson County and am going to look up what information I have on them and email it. He said he could not read his grandfather or great-grandfather's death certificate well to make out the name of his father. It was an ancient scribble, but knowing the Kennedy's in the area, I could tell that Jerden meant Jordan, and what a character he was. Jordan is the father of Sarah Cannady's children whom I've mentioned in other posts. One of his son's, Robert, married Matilda Aldridge, the sister of my great, great grandmother Julina. 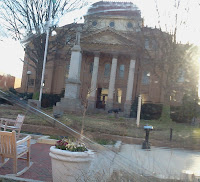 Posted by Jobs Children at 5:33 AM