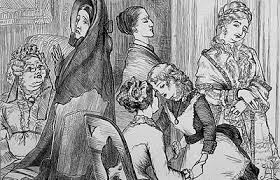 One of the HUGE pluses of genealogy, and of blogging about it, is meeting new cousins.

Some folks you bump into while researching the same family and realized you are related. Others you find while sharing information on ancestry.com or on genforums somewhere.

I recently met a new cousin in the history room of our library who was from out-of-state and had came to town doing research. It was fascinating to find out we were made out of the same Stanly County Soup. 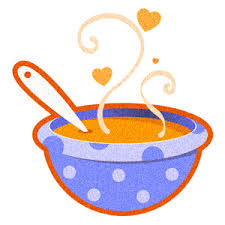 What I call Stanly County Soup is when your ancestry is from that unique blend of families who all intermarried and lived in Stanly County, North Carolina at some stage of the generations. There was sort of a West Stanly Soup and a South Stanly Soup, and those lines are blurred. If you meet a person with Stanly County Burris roots, you can bet your bottom dollar that they also have Honeycutt (or Huneycutt), Almond, Tucker, Burleson,  Hatley, Furr, Lambert, Eudy, Austin, Efird or Whitley, one, some or all of those surnames in their family tree. That's part of the West Stanly Soup. The South Stanly Soup is actually a bit more diverse: McSwain, Crump, Green, Aldridge, Ross, Simpson, Mauldin, Hudson, Swaringen, Carpenter, Harward, Hill, Hinson, Kimrey, McIntyre, Simpson, Poplin, Davis, Allen, Beachum, Boone, Norwood, Caudle, Cooper, Farmer, Kendall, Scarboro, Rummage, Coley, Thompson or Floyd.

The Eastern Stanly Soup is from those families who settled along the Northern Stanly edge of the Yadkin River, near and above it's confluence with the Uwharrie River, whose names can be found in the medical register of Dr. Frances Kron and whose names still resound in the locations of old ferries, or in neighboring Montgomery County: Kirk, Lowder, Miller, Dennis, Palmer, Morgan, Hearne, Shaver, Pennington, Huckabee, Russell, Dick, Calloway, Biles, Faulkner, Ledbetter.

Some of my cousins are also made of Stanly County soup. My cousin Julian, who is my 3rd, 4th, 6th and 8th cousin, depending on which line you go down, when all put together might equal the DNA equivalent of a first cousin, so I just refer to him as my cousin, is made of  Homemade South Stanly Soup.

I knew of Julian's grandparents, but not of Julian. We met through his reading of this blog.

I've met other wonderful cousins through the same genealogical research: my cousin Darlene in South Carolina who has shared books with me, My cousin Bryan who is a fellow Davis and our great-grandfathers brothers, my cousin Roxy in Eastern Stanly where her Burris ancestor migrated from Stanly County to, my cousin Brenda who is also made of a mix of South and West Stanly soup. I also recently connected with a couisn Gene from Texas. This Gene is a lady in her 80's full of spunk and vinegar who had made quite the effort to get in touch with me. We have spoken by phone and emails and she is a descendant of John Floyd Howell who migrated west during the mid-1800's. What is amazing is she has Stanly County roots on both sides of her family and neither of her parents realized it when they married. 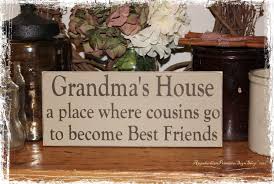 It seems as if the families that intermarried here and later migrated south and west, then stayed in close contact there and intermarried more. Perhaps they attended the same churches, even generations later, not realizing their historical connections.

In researching Virginians, I found that the same families that intermarried in Virginia, intermarried after they had migrated in North and South Carolina, Georgia and Alabama, and on to Texas, Arkansas, Mississippi or Missouri. Friendships between families can last a long time.

I met another distant cousin through ancestry dna named Mike. He has an identical twin here in Stanly County who I've met several times. Mike lives in Texas and also has Stanly County roots. Both his Burris line and his Efird line lead back to Stanly County. The families may have migrated together.

I guess they also serve Stanly County soup in Texas.

Posted by Jobs Children at 9:55 AM