In pursuing a lead, sometimes waiting on records are the hardest part. Will they continue the information you need to lay a mystery to rest. Will they lead to more questions than answers? I've had it happen both ways.

I could not find any records in Anson County on why Wincey Catherine Davis, who I have been researching for a while now, was admitted to Broughton State Hospital in Morganton. She was admitted at age 26 and remained there nearly 18 years before dying of TB. 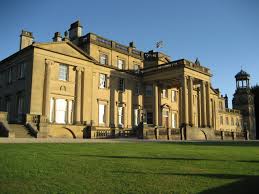 I recently sent for copies of her records, as a relative. She does not have any direct descendents. This is all that was returned.

And that is all we know of Kitty's 18 years as a patient. I read that in the early years of Broughton, a large number of female patients were admitted for what was referred to as 'female problems'.  Gynecological conditions, not mental or emotional ones, like miscarriages, troublesome periods, abdominal pain. Others were emotional, like the baby blues, or being overwhelmed from having a large family at a very young age.

As Wincy did not have any children, her problems may have been tied to gynecological issues, perhaps she had gotten pregnant many times and had not been able to carry them. Maybe this had put her in a depression. It's unknown. I believe the last possibilities may lie in the local newspapers of the time, to see if any articles mention anything to do with her or her family that might give me some clues. In the meantime, Kitty remains a mystery. She ran off to Chester County, South Carolina at age 15 with a music teacher, William R Stewart, who was her cousins' husband. She was the daugther of Benjamin Franklin Davis and Julia Sibley Davis. She met E. W. Cox from Marlboro County, South Carolina and married him at age 18. He is shown married to a Josephine Quick in 1897, just a year after he married Kitty in 1896, and living next to his parents in Wolf Pit, Richmond County in the 1900 census. His marriage license to Josephine Quick is not to be found, neither in Richmond or Anson counties and not in South Carolina. Perhaps he didn't marry her at all. The scorned cousin, Hortense Davis Stewart, died 2 weeks after Kitty's marriage to Ed Cox. Then Kitty admitted to Broughton at age 26 to died there at age 42. What short, tragic lives. I want to know why.

Posted by Jobs Children at 5:12 AM