The Results Are In: DNA test returns 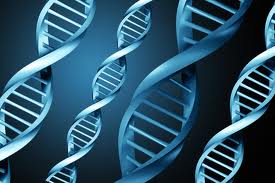 With amazing speed, the results of my Ancestry.com test have been returned. I was hoping to have them about Halloween, but would not have started getting antsy until  Christmas.

The speed in which they were available were utterly amazing and the results, nothing less than surprising.

The best part of  the results is the connection to distant cousins. We all have that great-great grandmother whom we know nothing of past her name and who she married. I have several of these, and some of these distant cousins have that same surname in their tree, from the same county she lived in, so could possibly lead me to her family.

Then there is Job, my nemesis, the brickwall that has plagued me for 30 years, the one whose grandparents I thought I had determined. The one whose tombstone I have talked to over the years saying "Ok grandpa, help me out here." It looks like I've been barking up the wrong tree.

Seven or 8 of the distant cousins I've looked at so far have Davis in them. And they all have one ancestor in common, "Nathaniel". I'd came across Nathaniel in my research before, because some of his descendants were in Anson and Montgomery counties already and I was looking to see if they were related to mine. One of them even had a son named Job, but not my Job. Their origins were from the north, and they were Quakers. Job is not a given name the Virginians used. But it was a Quaker name. Even Dolar Davis, an important Davis Quaker, had a son named Job, but a century before the birth of my Job. Could his tombstone be wrong? It's not unheard of.

There is so much new information it is almost overwhelming. So much work to do.

Here are a few quips from my test.

Migrations from this region

Although “Celtic” is often associated with the people of Ireland and Scotland, the Celts originated in central Europe more than 2,500 years ago. From an epicenter in Austria, the Celts spread through France, into Spain and Northern Italy. With their successful iron technology, the Celts even came to culturally dominate much of Britain and Ireland. Continental Celtic culture was eventually dismantled during the Roman Empire, but outposts of Celtic people and their languages remained in the British Isles.

Looks like you may have some Viking blood in you. Your genetic ethnicity ties you to Scandinavia, which includes the modern-day nations of Norway, Sweden, and Denmark. While the Vikings were feared by the coastal towns of medieval Europe as seaborne raiders and violent pillagers, they were also well-travelled merchants and ambitious explorers. They raided the Mediterranean coast of Africa, settled areas as far south as the Black Sea, and traded with the Byzantine Empire. And it was a Norse sailor, Leif Ericson, who is credited with being the first European to travel to North America—500 years before Columbus.
And it wasn't just the Vikings who had an irrepressible urge for adventure. In the days of the mighty Roman Empire, the Goths, originally from Sweden, wandered south and settled in what is now eastern Germany. In the year 410, they invaded and sacked Rome, setting the stage for the decline and fall of the Western Roman Empire.

If you had to choose one region of Europe that has wielded the most influence over the course of western history, a strong candidate would be the land of your ancestors—an area that includes modern day Italy, Spain, and Portugal.
In ancient Italy, the Romans and their empire set the stage for modern European culture. After adopting Christianity in the 4th century, the Romans spread (along with their Latin language) to all corners of their realm. Centuries later, Italy again stepped to the forefront, leading the way out of the Middle Ages as brilliant artists and philosophers like Machiavelli, Leonardo Da Vinci, and Michelangelo ushered in the Renaissance.
Spain and Portugal experienced periods of great strength and influence during the Age of Discovery. Queen Isabella and King Ferdinand II of Spain funded the voyage of Christopher Columbus to the New World in 1492, initiating an era of global colonization and great wealth and influence. Today, as a result, Spanish is the second most spoken language on Earth. Portugal kept pace with its neighbor, establishing its own colonies around the world, most notably Brazil.

The Finnic and Ugric tribes of the far north are some of the most ancient inhabitants of the region. Many modern-day languages such as Finnish, Estonian, Hungarian, and Erzya and Moksha, spoken by the Mordvins of the Volga region, are part of a common Uralic language group. Nomadic tribes of Turkic origin, such as the Khazars, Chuvash, and Bulgars arrived from central and eastern Asia and settled the region. In the Middle Ages, Mongol tribes, including the Golden Horde, controlled the southern areas and Slavic tribes from eastern Europe began expanding north and east into the Volga region.
Although it's disputed, historical accounts claim that several of these Slavic tribes were ruled by a group of Vikings known as the Varangians. The rulers became culturally assimilated with their subjects and this Slavic people began to be called the Rus, with major trade centers in Novgorod and Kiev. Eventually, they would form the foundation of the state of Russia.

The truth is, most of us Americans are mutts. We just don't want to admit it. People claim their ethnic heritage by the known origin of their surname, but that surname is just one of thousand in our family trees. We are all related and we are all family. A family known as humanity.

Posted by Jobs Children at 3:01 AM