Where was Silver? That is a question I have been asking for quite some time now. I found the name of the place mentioned in marriage licenses of some of my ancestors, and also in old newspapers, mentioning "so and so of Silver".

I know it was in Stanly County and thought perhaps Silver Springs Church may have gotten its name from there.

But finally, I have found an article that gives the location of Silver by placing a known location into it. 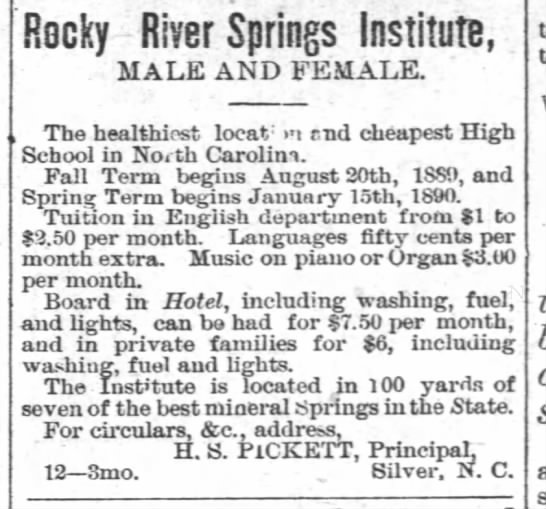 Rocky River Springs was in Silver. Rocky River Springs in just south of present day Aquadale and just north of the Davis lands of my ancestors. John T. Davis, son of Uncle E. W. Davis, esquire, was said to have lived in Silver before he made his move to near Vass, North Carolina.

This clipping also gives some interesting information about an early school in the area, Rocky River Springs Institute.

Posted by Jobs Children at 6:34 PM