My interest in Ephraim Starnes began with the following census record, wherein Ephraim is shown as a farm laborer in the Byrum household where my 14 year old third Great-Grandmother, Mary Louise Byram Starnes, was living. This search leads my search for the next generation, the parents of Mary Louise Byram. 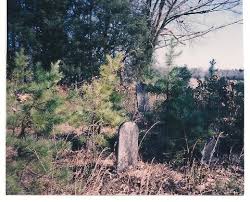 Ephraim would marry Nancy Holden, daughter of Samuel Holden who passed away in 1848. Her stepmother Sarah petitioned the court and named the property as adjoining that of William Byrom.

By 1860, Ephraim and Nancy are shown with two children. In 1850, Nancy was shown living next door to Frederick Starnes, Jr. , father of Mary L Byrum's future husband.

Ephraim fought in the Civil War and perished at the POW camp known as "HELL-mira". His widow, Nancy Holden Starnes did not remarry. In 1880, she is shown with oldest son, John Robertson Starnes, his wife Hannah Melton Starnes, their first daughter, Mary Almetta Starnes Knight, and Ephraim and Nancy's daughters, born after the 1860 census, Sarah and Susan. Other son, Doctor Franklin Starnes, had married Margaret Louise Plyler and was living in the Waxsaw community by 1880.

But it was in Deed Book #1, Abstracts by Brent Holcomb, that I found the following treasure, pertaining to Ephraim Starnes, that corroborated the connection with him and a William Byram.

Indenture made this 16th day of February, 1846 between Ephraim Starnes of the county of Union, State of North Carolina, of the one part and William Byram of the county and state aforesaid. Ephraim Starnes indebted to Thomas Richardson, Noah Broom, Hugh Wilson and Ruben Robinson, in the sum of $52.50, sold in trust to William Byram, two head of horses, four head of cattle, 14 head of hogs, 25 bushels of corn, 300 sheves of fodder.

Signed by Ephraim Starnes, in the presence of Hiram Broom.

The men listed above show up as neighbors in the 1850 census. Ephraim Starnes is in the only household of Byram's in Buford township. He had a close alliance with William Byram and his wife's father was a neighbor of William Byram. I think I need to look more closely at Mr. William Byram. He may very well be my missing ancestor.