Oral family stories are a terrific way to pull the younger generation into their ancestorial web. Sometimes, however, they may have been embellished during the many tellings, like a game of "pass the secret". Often, they can not be backed up by fact. At any rate, they do add a bit of color and humanity to the hard facts, old documents and tombstones that create genealogy.

The following story was told to me by an unrelated person and it was so cute, I wanted to pass it on. 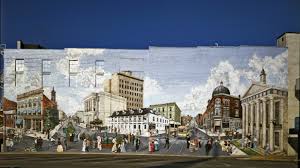 A young man by the name of Robert was returning home from college in about the year 1904. He arrived in the piedmont area of  North Carolina to   Salisbury by train,  and found it bustling and busy,  full of trade and activity. From there, he hired a horse and buggy to transport him home to the small town, several miles away, where his family was one of the type considered " big fish in a small pond".

Coming along the road near town, he was brought back to how beautiful it was, seeing the church spires from a hill and the courthouse atop the rolling hills like a beacon home. His fate in life was to take over his father's mercantile business. First,  to join as a partner, but then eventually, to take  it over. Because of his families clout in town and his education, he was considered a very eligible bachelor.

That was not the first thing on his mind, however, but it was obviously on the minds of his parents, and several young women in town.

His father had warned him to not pay any attention to the local county farmgirls coming into town on backs of  wagons.

His wife was to be one of class and education, from one of the better families in town.  There was a large difference in manners and distinction between the girls who were raised out along the creeks and dusty roads of the county, and those raised around and among the blocks of the small town.


He found his hometown in state of major growth, store buildings going up where old backyard gardens existed in his boyhood, industry growing up near and around the new train tracks, homes going up behind the older established Victorians that lined the streets in town, one of which was his.

He considered his choices among those he grew up with and did not find any of them suitable. There were the daughters of competing merchants, another of a lawyer friend of his father. The family who ran the grand hotel on the corner had a bevy of available daughters whose gruff father's low brows and bullish nose did nothing to add beauty to the faces of his offspring.

Robert's mother soon became frustrated with trying to arrange matches between her single son and the young ladies of the town.

But one day, Robert saw a young woman he had known of, but never considered, as she had been just a child when he had left, and she lived far out in the county. She came into town, not in a rough wagon, but in a surry.

Robert went to his father first, with his intentions to court the young woman. She was the youngest daughter of what had been one of the counties richest men. Mr. V. had survived the Civil War well, and had previous invested in timber and gold mines and land, afterwards buying properties from those who could no longer afford them. He had survived three wives and had passed in the mid 1890's, leaving 7 surving children. He had one by the first wife, 4 by the second and 2, Oscar and Olivia by the last.

There had been 5 more: twins by the first wife, that perished with the mother and all three buried together in the family plot. There was another by the second wife that did not make his first birthday, two that had made it to 7 and 9 and both succombed to typhoid fever. The death that had hurt the old planter and investor the most was that of one of his older sons. The young man had drowned in the creek during a storm, trying to cross to call the doctor for his ailing young stepmother.

It was said that the young man was too close to his stepmother, indeed, he loved her, not as a mother, but as an admirer, she being only 2 years his elder. The father, being jealous, sent his son on the dangerous mission. The son, being in love, went for his stepmothers benefit, not that of his father. Both would die in the interim. 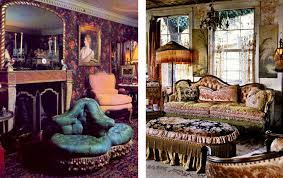 The rumor around town was that the youngest child, Olivia, may have actually been the daughter of the son and not the father. However, no proof was ever made or found to that effect.

In 1904, Olivia was in the care of  and under the guardianship of her brother-in-law, J. T, husband of her eldest sister Mary. On this particular day, she arrived in town with them on a visit to visit brother J. P.  who had taken up a real estate and investing business in town, and occupied their deceased father's former town house, a hillside Victorian, while J. T. and Mary lived on the property in the county that was part of the old plantation.

Robert's father was not opposed to the idea of his son courting the lovely young lady, but knew that she was hardly more than a child, even in that year and time.

J. T. , her brother-in-law, benefiting financially from her trustfund and guardianship denied the young man's request to court the 15 year old.

But Robert would not be discouraged. For 6 more years he warded off the advances of young women from surrounding towns, among the others from his own.


On Olivia's 21st birthday, he was not to be denied. The two lovers met down at the fully constructed train station and rode off to South Carolina, where they were married without incident. They returned to town, where Robert returned to his retail business. But within 5 years, Robert would move the business and his young family to Salisbury.

It is said an educated young woman from a considerable town south of Robert's hometown mourned herself to death at the loss of his availability, as becoming his wife had been her one goal in life. Such an eligible bachelor. 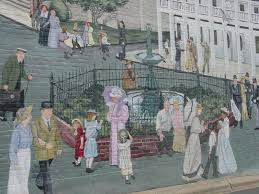