My Fascination with the Trading Ford

The above postcard is a photo of the old Mill near Trading Ford, which was one of the earliest settlements in this part of the state, located on the Yadkin River between present day Rowan and Davidson Counties in North Carolina. It was called "St. John's" and was owned during the time of the Civil War by Peter Hairston, of whom and whose family, owned great portions of Rowan, Davie and Davidson counties and in particular the massive plantation that was Coolemee. A few of the Hairston plantations still exist and are maintained. One particularly lovely one is located off of Hwy 801 going from Davie into Davidson.
As of recent, I have been enraptured by the books and writings of a local Stanly County journalist, legend  Fred Morgan. Morgan worked for the local newspaper, The Stanly News and Press, known affectionately as "The SNAP". He was also an astute observer of human behavior, a collector of colorful characters and a seeker of local folklore. He was attracted to ghost stories, and tales of unusual happenings. His many books include some of these stories, names mostly changed to protect the guilty, but on a historical level, he occasionally mentioned folks who did indeed exist. Like Boss Kennedy, who saw a ghost along a wagon road. John Boss Kennedy was an actual Stanly County/Union County resident. Another was Tom Marks, whom Mr. Morgan referred to as "The King of the Narrows" and as a known moonshiner.

I am a direct Marks descendant and Tom Marks was a relative, although I do not exactly know how. I believe he might have been either a brother or a cousin of my Great, Great, Great Grandmother Tabitha Marks Solomon. I can't find any significant research done on the Marks family and there are two lines of thought on Tabitha's maiden name. I stick with the Marks line of research for two reasons. One: because of the thick connection between her husband, the Rev. William Solomon and the Marks families in legal transactions and through other sources, like the store ledge of Daniel Freeman which shows William Solomon on multiple occasions, making purchases with or for members of the Marks family, particularly Benjamin F. Marks. Two: Simply because of a gut feeling. It just feels right. I feel the connection. And this takes me back to Fred Morgan.

In several of his stories, he mentions following a road or ending up in a place because of a gut-feeling or perhaps a physic lead or an other-worldly leader. I simply call it genetic memory. 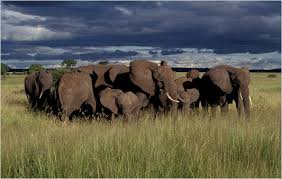 It's been proven that elephants have genetic memory. If they can, why not higher developed species, such as humans.

It's this psychic connection, or genetic memory that keeps me connected to Trading Ford. The first time I drove Long Ferry Road from Davidson County to Rowan, going through Spencer to Salisbury and following I 85, but staying off of that God-forsaken highway, I came to an area where I was overtaken by a feeling of digress. Eerily taken back to another era, a feeling like I'd been there before, when I never had. Like a portal, emotionally and psychically to the past. Of course, I never left my vehicle physically or mentally. It was just a feeling. But something draws me there.

At the time, I did not know I was at Trading Ford, but after I crossed, and arrived in Rowan, there were signs that cleared the air and I knew I was in the general location of the old community.

The above site gives a marvelous history of the area of Trading ford, complete with maps, and tracts of the families who lived around it. Wondering what bit of genetic memory might lead me back to the connection I feel with Trading Ford, I've settled on it having to be the Russells.

My Russell line comes from the same branch of my family as does the Marks line.

Martha is the daughter of Aaron G. Russell, son of Asa Russell, son of Aaron Russell, which is as far back as I can go with that. Aaron (abt 1770 - 1844) left a will in Stanly County. He was born in North Carolina.Could he be a son or descendant or relative of the Jane Russell seen in the early land records around Trading Ford, a neighbor of James Kennedy? We know the Davidson/Rowan county Kennedy's made it down to Stanly County (and Anson/Union). The above mentioned Boss Kennedy was a grandson of theirs.

The tingles I get crossing Trading Ford says its a possibility. Thank you Mr. Morgan for allowing me acknowledged access to my genetic memory.