A Brief Tale of Two Job's

Out of the four sons of Job Davis, there were two that named sons for their father, Henry and James, the two who had the most children. Marriott F. Davis, the youngest son, only had one son of his own, Millard. The next to the youngest, Edward W. "Ned" Davis, married late in life and had two sons, Thomas A. and John T. Davis.

James M. Davis's son Job was the oldest. His middle initial is shown as "P".

Henry's Job is just a toddler in 1850, and is not shown with a middle name.

I finally have a definate answer to what happened to one of the Job's. 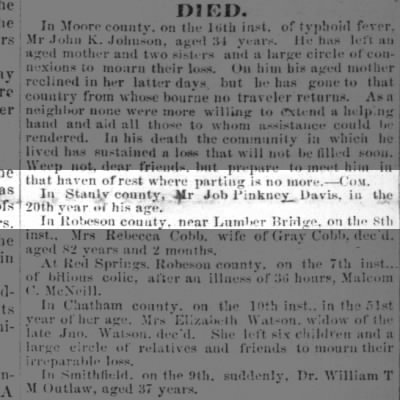 Stanly County, Job Pinkney Davis, age 20. This, of course, was the son of James Davis, who was noted as 15 in the 1850 census. Now we know when he died, (the column is headed "Died") and what the middle initial stood for.

As for Henry's Job, a history of the Palmers (Henry's second wife Martha, was a Palmer) tells that they believe he went to Mississippi with one of his sisters. And indeed, it appears that he may have.

In the 1880 Census, a "Jobe Davis" from North Carolina, of the approximately correct age, shows up in the census of Bright Corner, Carroll County, Mississippi. 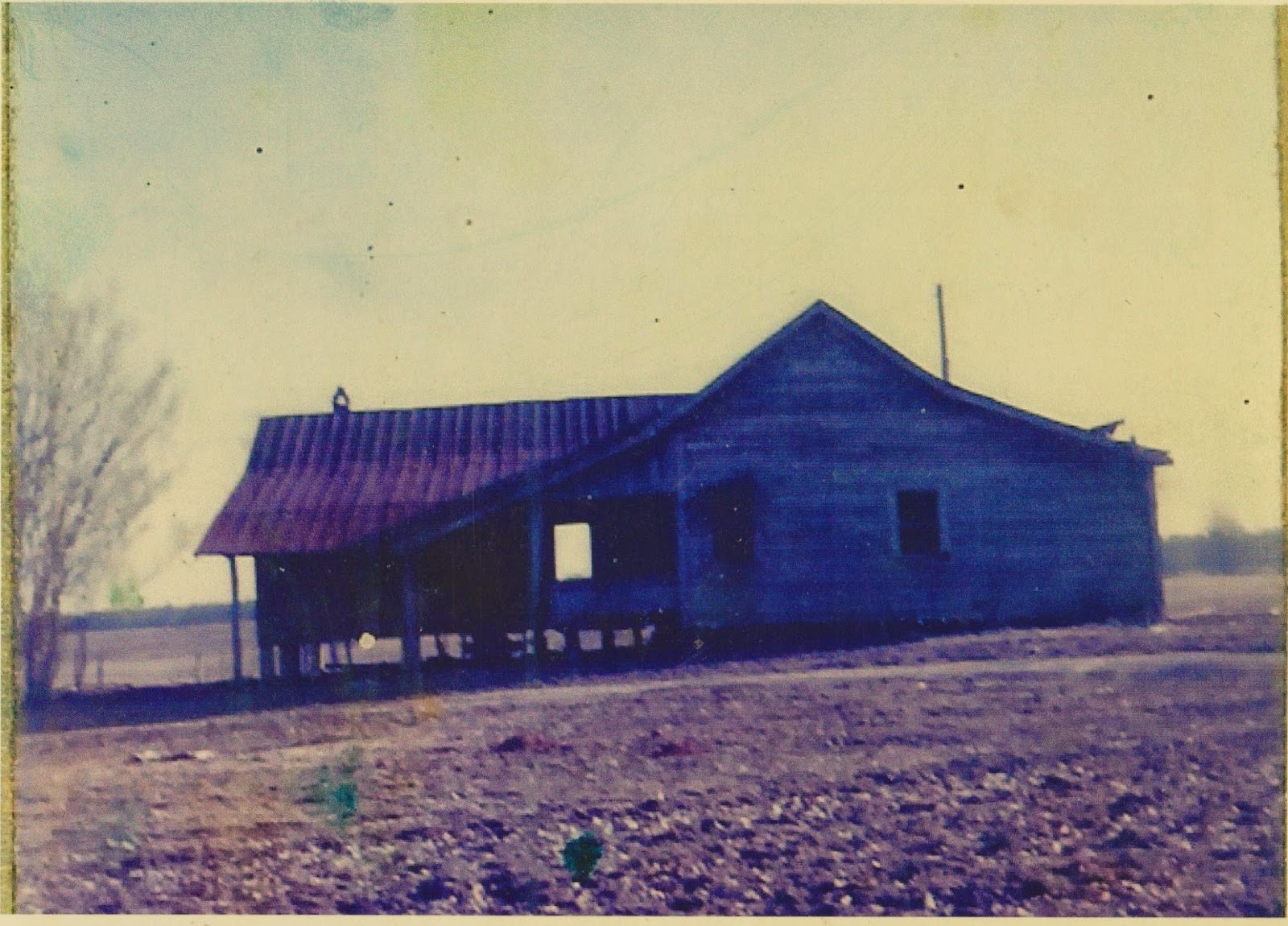 What makes this significant is that James Wall married Nancy Baldwin Davis, Job's oldest sister, in 1859 and they relocated to Carroll County, Mississippi. She was not his first wife, but the five children shown with Mr. Wall in 1880, were hers. It would make perfect sense that the Job Davis living with the Wall's in 1880 was their nephew/cousin. But where was he in 1860 and 1870?

It is very clear that James Wall and family did not go to Mississippi alone, but in a pack. In the 1860 census of Carroll County, they are neighbored by North Carolinians with Anson County surnames: Threadgill, Streeter,  and Turner. But Henry's son Job is not the only son missing from Henry's household in 1860. Horton H. Davis, who definately survived, is not there either. Did they follow their sister to Mississippi and one return?

So what really became of Henry's Job?

Enough lookin' and maybe one day, I will find him too.

Posted by Jobs Children at 2:51 AM