No, not those Simpsons.

The Simpson family of Stanly County was one of the dominate and contributory families of the Tyson community during the 1800's. I first encountered this line in the marriage of Francis "Frankie" Simpson to David Melton. She was his second wife and bore him two children: Lilly and Eugene. Lilly was the child who married into my Mauldin line, the family of my maternal grandmother and great-grandparents.

Her sister Dockey Jane Simpson married the enigmatic James Franklin Melton. They are buried at Randall's Church  Cemetery, right alongside David Melton and many of his family members. James Franklin Melton was a Civil War vet who possibly appears in the 1870 census, and then again later, after 1900,  and his marriage to Miss Simpson. All signs point to him being a member of the David Melton family, but exactly where he fits in has been a mystery to me. His son Oliver Douglas Melton was the informant on Frank's death certificate, and named his birthplace as Albemarle on October 29, 1845 and his parents as Oliver and Fanny Melton. Unfortunately, there was no such couple in the 1850 or 1860 censuses, when he would have been a child, in Stanly County, named Olvier and Fanny Melton. In fact, there was no such couple in the entire state at the time, and on every census he does appear in, and on his marriage license to Dockey Jane Simpson, he unfailingly names his birthplace as North Carolina. I meted on this in my post: James Frank Melton story

When studying the Aldridges and Murrays, I first encountered Green Wesley Simpson through his being named administrator of the estate of Mariah Murray. Then I later discovered that he had married the adopted sister of my second and third Great Grandfathers, Josiah and Garner Aldridge, respectively, Mary Jane Ross Aldridge Simpson. Wesley Simpson left a bible and journal of several happenings in his Tyson neighborhood that gives descendants treasured information about their ancestors that we would otherwise not have.

Recently, I decided to give a closer look to the siblings of my Great Grandfather, Will Davis. When I got to his oldest brother, a half-brother actually, Jesse Filmore Aldridge, I encounter another member of the Simpson family, his wife Daisy. On her marriage license, only her mother is listed. While deciding to look into Daisy's family more than just recording the name of her mother, I really was not prepared for what I would find. It certainly helped explain a few of the rumors and fog that surrounded "Uncle Filmore", as my mother would refer to him, however and gives a clearer picture of that branch of the family tree and their reality.

The 1800 census of Montgomery County, North Carolina, of which Stanly County was a part in 1800-1840, lists a Thomas and a Nathan Simpson. Nathan's household appears to be a young family, with a male and female aged 16 to 26 and a male and a female under age 10. The Thomas Simpson household holds an older couple, one male and one female, both over age 45. Ten years later, only "N. Simpson" remains and his household has grown to 10 people. His neighbors are Rummages and Rice's, Shankles, Thompsons and Mabrey's. The same people that would neighbor and intermarry with younger Simpsons in generations to come.

The above appears to be the normal progression of a family. The Thomas Simpson and his wife of the 1800 census may have been an older couple and passed away before 1810, or they may have relocated. I would tend to think Thomas passed away, simply by looking at the next census.

Nathan Simpson, by judging his neighbors and their known locations (section of the county, known plots, or family cemeteries), stayed steadfastly in one spot from 1800 until 1840. The 1810 census would appear to show a couple between 26 and 45, with an older woman in the home and children. Perhaps Nathan's mother or mother-in-law. As Thomas does not show up in 1810, perhaps Thomas was the father of Nathan and he has taken in his mother. There are 5 children in the household as well, 3 boys and 2 girls.

Montgomery County does not have an available 1820 census. It was lost or destroyed. The 20 year jump shows an expected 20 year jump in the age of Nathan, however, there is no matching 'jump' with his wife. Instead there is a younger woman of 30 to 40 in the household. The older lady is no longer there either. There are two young men in the household along with 7 children. John, enumerated right next door, seems to be a 'spin-off', a son, with a new bride.

By 1840, Nathan has aged and the adult woman in the household has made the proper jump in age along with him. The two male teens match up with the two 5 to 10 year olds from the prior census. Several more daughters have been born. The others may have married, or passed away. The household of John now includes a son and he and his wife are 10 years older, as expected. Isaac is a new spin-off, with a new bride. He may have been one of the teens from the 1830 census and the other young male in his household might possibly be the other. A brother perhaps, or a hired hand,as it lists two in agriculture. 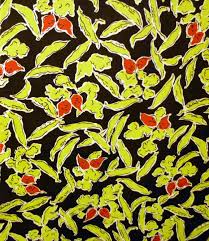 From the looks of it, Nathan Simpson was a man with a large family, perhaps 11 to 18 children. It appears as if he took in his mother in 1810, and then between 1810 and 1830, both his mother and his wife passed away, and he married a younger woman. Ever curious, I wanted to look into this family a little closer.

I found a good deal of information on the Simpsons. At our local libray in the Margaret Johnston Heritage Room, there are several files on the Simpsons, one is an unattributed collection, another the research of  Mrs. Eloise Ausband. My distant cousin from a dozen different directions, published a history of the Simpson family in 1990. The prior research offered a great deal of information, amazingly so as they lacked the technology available to us today. There was more to be discovered, however, and more to find still.

Montgomery County - West Pee Dee became Stanly County in 1841. Some of the early land records regarding Simpsons in Stanly County were:

-Nov. 13, 1841 William Simpson to Alsey Smith (to settle a debt), one red & white speckled cow and a similar colored bull and 2 rifles.

-July 1, 1848 Nathan Simpson to Green W. Simpson, on SW side of Pee Dee River at headwaters of David's Creek.

-Dec. 28, 1849 John B Simpson and others to Benjamin Ivy ...John B Simpson, Delilah Simpson, Harris Rummage, Ruthie Rummage and Judith Cagle being heirs at law of Thomas Simpson, deceased.

The above proceedings and others like them from the decade between 1840 and 1850, bring the additional names of William Simpson, Nelson Simpson, Green W. Simpson, and Thomas Simpson and his heirs, to the table.

In the early Court Minutes of Stanly County we find some additional information to the above heirs of Thomas. May Session, 1844  Jesse Hathcock, Sr. appointed guardian for Delilah, John and Ruth Simpson, orphans of Thomas Simpson, decsd. Gave bond with Jesse Hathcock (Jr.?) as security.

Repeated in May of 1847 with Jesse Hathcock Jr. as security.

This would lead to a better understanding of the family as we find it in 1850, when all members of a household are named.

Posted by Jobs Children at 6:12 PM