The Simpsons Part II: The Second Half of the 19th Century

My last post had brought the mention of several Stanly County families with the surname Simpson. From the earlier census records, it appears they all could have originated with the patriarch Nathan, who may have been the son of an earlier Thomas. The first younger Simpson to show up was a John, and then an Isaac. In land records, several younger Simpsons arrive at adulthood prior to 1850, William, Nelson, Green, and another Thomas, who passes away before being enumerated in his first census, leaving a widow, Judith and 3 children: John B, Delilah and Ruthie.

This younger generation starts showing up in the court records of the new county of Stanly from its inception in 1841 until the 1850 census.

-1841 Nathan Simpson relinquished guardianship of Thomas Simpson's heirs and Jesse Haithcock appointed guardian.
-1841 Joshua Hearne and John F Stone appointed to settle with Nathan Simpson, guardian of minor heirs of Thomas Simspson, deceased.
-1842 A bill of sale between William Simpson and Alsey Smith approved. (Probably the Cow).
-1842 Frederick Hinson admin. of Wm. Poplin vs. Nathan Simpson.
-1845 Robt. Blalock to Nelson Simpson proved by Mathias Smith
-1846 John Simpson on a jury for the November session of court
-1846 State vs. David Rummage with William Simpson as security.
-1847 William Simpson on jury of State vs George Shankle
-1848 Nathan Simpson to G. W. Simpson proved by AJ Shankle.
-1848 August- John Simpson on a committee to inquire into the state of Elizabeth Lowder's state of mind.
-1848 John Simpson selected for jury service.
-1849 John Simpson selected for jury service.
-1849 Green W Simpson on a jury State vs Martin Kirk
-1849  G.W Simpson on a jury in the case of State vs. John J Harris
-1849 Wesley and Isaac on a jury in the case of State vs. Lee Burleyson and Delilah Cassells.
-1849 State vs John Rummage, the deft., Isaac Simpson, Wesley Simpson, confess judgement for $40.
-1849 State vs Richard Poplin, deft with Goodwin Hinson, Isaac Simpson, Neelin Hathcock, John Rummage as securities.
-1849 John B. Simpson on a jury for State vs Thomas Burton.
-1849 John W. Simpson stands bond in case of State vs. John H Ledbetter. From this point on it becomes necessary to differentiate between the two John Simpsons. John B. Simpson is identified in the court records prior to reaching the age of majority as being a son of Thomas Simpson, deceased. John W. Simpson was the first Simpson to show up in a census as head of his own household after Nathan.

In the 1850 census we find the following Simpsons, listed along with a few neighbors, who will and have played a part in their association:

Center Township- this was then and is still the area in and around Norwood, North Carolina.

John Simpson 42
Sarah 42
Thomas A. 17
(living next to or near Lindsey Hathcock and Nathan Rummage).

Not too many pages away, in the same district:
John B Simpson  24 farmer Hse 894
Husley 24
Elizabeth 1
Sarah 6 months
Ezekial Morton 18 laborer

The 3 Simpsons are sandwiched between Solomon Haithcock and Thomas A. Haithcock. On the other side of Thomas Haithccck is Judith Cagle (the widow of Thomas Simpson), age 47 with Martha 12 and David 10. 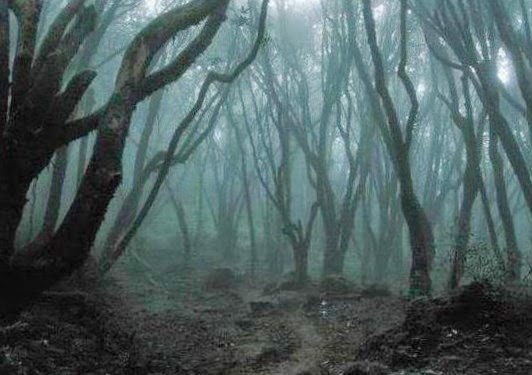 The other members of the family, judging from the information available, were:

Eliza, or Elizabeth Simpson, was one of the older daughters of Nathaniel Simpson and his first wife, according to research available, and married William Allen Upchurch. This explains the close relationships between the Upchurch and Simpson families. They were related.

Daniel Poplin 24, Delilah P. 21 (this was the daughter of Thomas and Judith Simpson, and sister of John B Simpson and Jarutha "Ruthy" Simpson Rummage mentioned in the estate records of Thomas.

Delilah was a very popular name among the Simpson family. Delilah who married Daniel Poplin was a granddaughter of Nathan Simpson, but he also had a daughter named Delilah, and several descendants named Delilah or "Lilly" after that. Delilah may have been the name of an earlier ancestress in the family tree. Possibly Nathaniel's first wife. 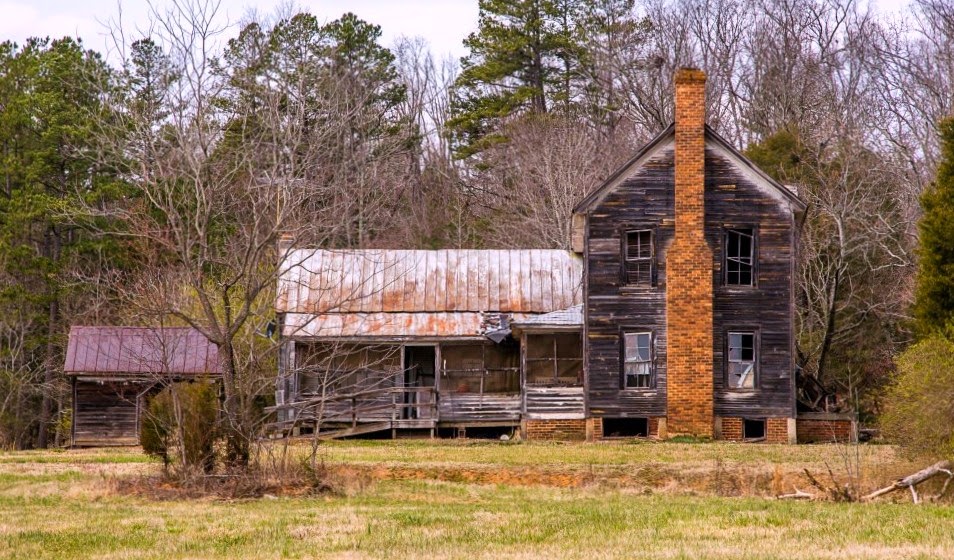 The concensus among the Simpson research is that the Stanly County Simspsons descend from one John Simpson who migrated from Ireland to Bucks County, Pennsylvania, with his family, including parents. Several of the group continued on to Georgia, while John settled in the area of Lawyers Spring, near Mountain Creek, which is located in present Stanly County, prior to 1769. At the time, the county was part of Anson, and then later would become Montgomery. John Simpson prior to  1775. His estate records, dated January 14, 1775 are located in Anson County, with Thomas Harris of Anson as his administrator.

The Stanly County branch of the Simpson stayed close to this same area of the county. The old Simpson cemetery is located near the community of Porter, which is north of Norwood and south of Albemarle along the Highway 52 route. Highway 52 roughly follows the path of the old Salisbury to Cheraw market road.

Acknowledged children of John Simpson were Thomas, father of Nathaniel, Gilbert, who shows up in early tax and census records in Anson and Montgomery Counties; James who migrated to another state; Samuel, who removed from this area to Mecklenburg County and John.

There was a William Simpson, who was said to have came from Ireland and settled in Union County and became the progenitor of the Simpson family in that area. The two lines may or may not have been related.
Descendants of William Simpson, Sr.

Laying out the above family on a timeline from the later 1700's:

October 12, 1771 Gilbert and Thomas Simpson listed in a team of men nominated to layoff a road from the Salisbury Road (think Hwy 52) near Lawyers's Spring (John Sr.'s property)
Link to Clark's Creek area

1773 Thomas and John Simpson were part of the team of men nominated to layoff a road called
"The Kings Highway", from Lawyer's Springs, where their father John had settled, to cross the Pee Dee River at Swift Island to continue on to Clark's Creek (on the current Montgomery County side of the river).

Thomas Simspons I descendants are the Stanly County Simpsons.

Thomas Simpson born around 1742
Land Grant in Anson on May 4, 1769
Taxable in Anson 1763
Married around 1767 to Margaret (born around 1750 and died after 1810)
4 known children:
Nathan (the focus of this lineage)
John  born about 1775 in what is now Stanly County. Died after May 9, 1836 in Mecklenburg County.
John had 2 known sons, Thomas and Benjamin who settled in Anson County.
Margaret "Peggy" who married George Rummage II, son of George Rummage I and Mary Nobles
Mary who married Henry Nobles. 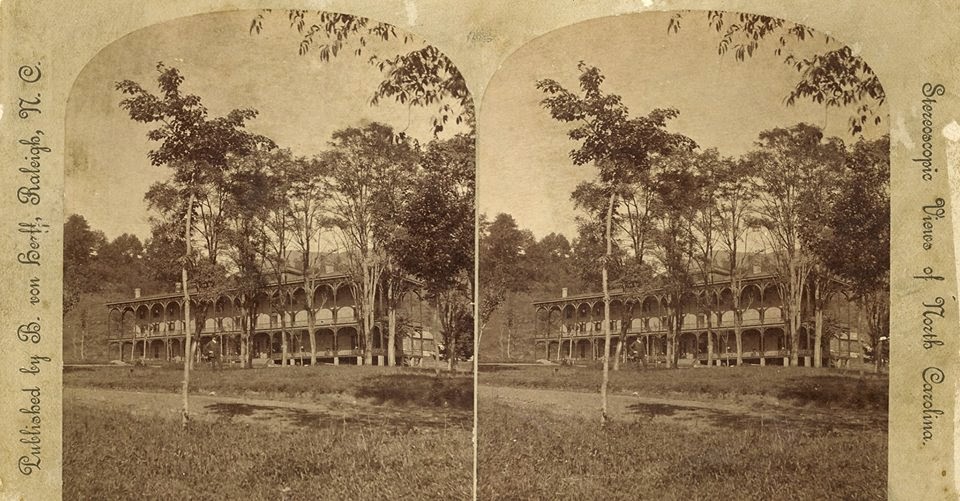 The break in the ages of the children indicate that Nathan's marriage to second wife Sarah, occured between the birth of Isaac in 1814 and Nelson in 1821

* I discovered in many online Family trees that some descendants have Millie listed as "Millie Coley", daughter of Jesse Coley. However, I tend to believe that the Simpson research I have found is correct from the following documents:

Nathaniel Simpson died in 1848. He is buried in the old Simpson cemetery between Albemarle and Norwood, near the Porter community, not very far from Lawyer's Springs, where his grandfather purchased the land grant from the King of England.

Posted by Jobs Children at 9:13 AM