The Simpsons Part III: Mid-Century and Beyond

My last post included the Simpson family in the 1850 census, after the 1848 death of patriarch, Nathaniel, or Nathan Simpson.

To recap: in Center Township we find Sarah Simpson living with her younger children and son Nelson next door. The older sons of Nathan Simpson and his unknown (perhaps named Delilah) first wife, living with particular distance from each other, John and wife Sarah, William and wife Anna, Isaac and wife Lucy. Judith, the widow of their brother Thomas, had married Benjamin Cagle and her three children with Thomas Simpson had married, John B Simpson, Jarutha Simpson Rummage and husband Harris, Delilah Poplin and husband Daniel Poplin. Oldest daughter Elizabeth Simpson, who had married William A. Upchurch was also living nearby, and so was Milly Simspson Poplin, who had married David.


Several of the Simpson daughters married during the 1850's. It was not alway good luck for them. Nancy was missing off of the 1850 count for reasons unknown, but in 1850, the list of Nathan Simpsons unmarried daughters were Nancy, Margaret, Judy, Delilah or "Lily" as she was called, Sarah and Winny.

Margaret was the first of these to marry on April 22, 1851 to Davidson Poplin by Martin Shoffner, JP.

Sarah Simpson Poplin and her husband Thomas, had one son, John W. Poplin, born September 18, 1955. Thomas was killed early during the Civil War, in 1862.

The Poplins that 4 of the Simpsons married were the sons of Jesse Poplin and Catherine Lowder Poplin. It is even likely that one or more of the wives, whose maiden names are unknown, of some of the older Simpson sons, could have been Poplins, or Mabrys.

August session of  Stanly County court 1845 had the following entry:

"Admin Debonis non of Jesse Poplin vs. Heirs at law of Jesse Poplin-petition to subject lands of Jesse Poplin decd to payment of Admin.'s debt. Service acknowledged August Term 1845.
Davidson Hearne, Clerk of Court, appointed guardian ad litum of Margaret Poplin, Nancy Poplin, Thomas Poplin and John Poplin who are infants. Case refered to Clerk, he to take account and report amount due Petitioner from his intestates estate and report to next term.

John Simpson aged 51 was living alone with his wife Sarah, age 50.
Next to him is listed their only son:
Thomas A. Simpson (Thomas Alexander) aged 29 a deputy sheriff
Mary 21 and Ida 2. 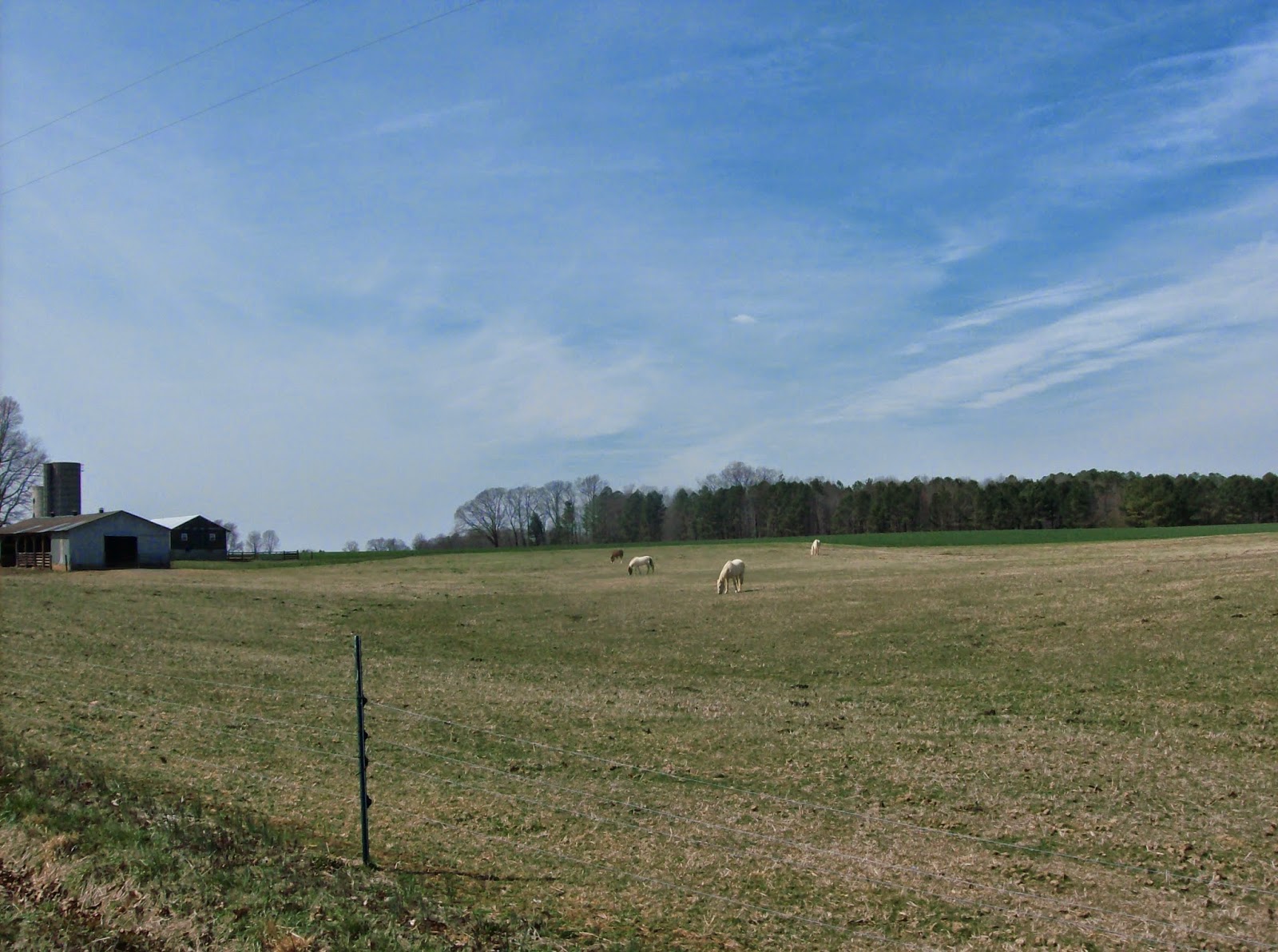 There was never any indication that John and Sarah ever had any other children besides the one son, Thomas Alexander. Even the 1840 census shows them with one male child under 5.

The Civil War changed everything....

The sons and grandsons of Nathaniel Simpson enlisted. Some returned. Others did not.

John was too old to enlist. He passed away sometime unknown between 1860 and 1870 at any rate, as his widow, Sarah, is seen living with only son Thomas A. Simpson and family in1870. Thomas did enlist, however. 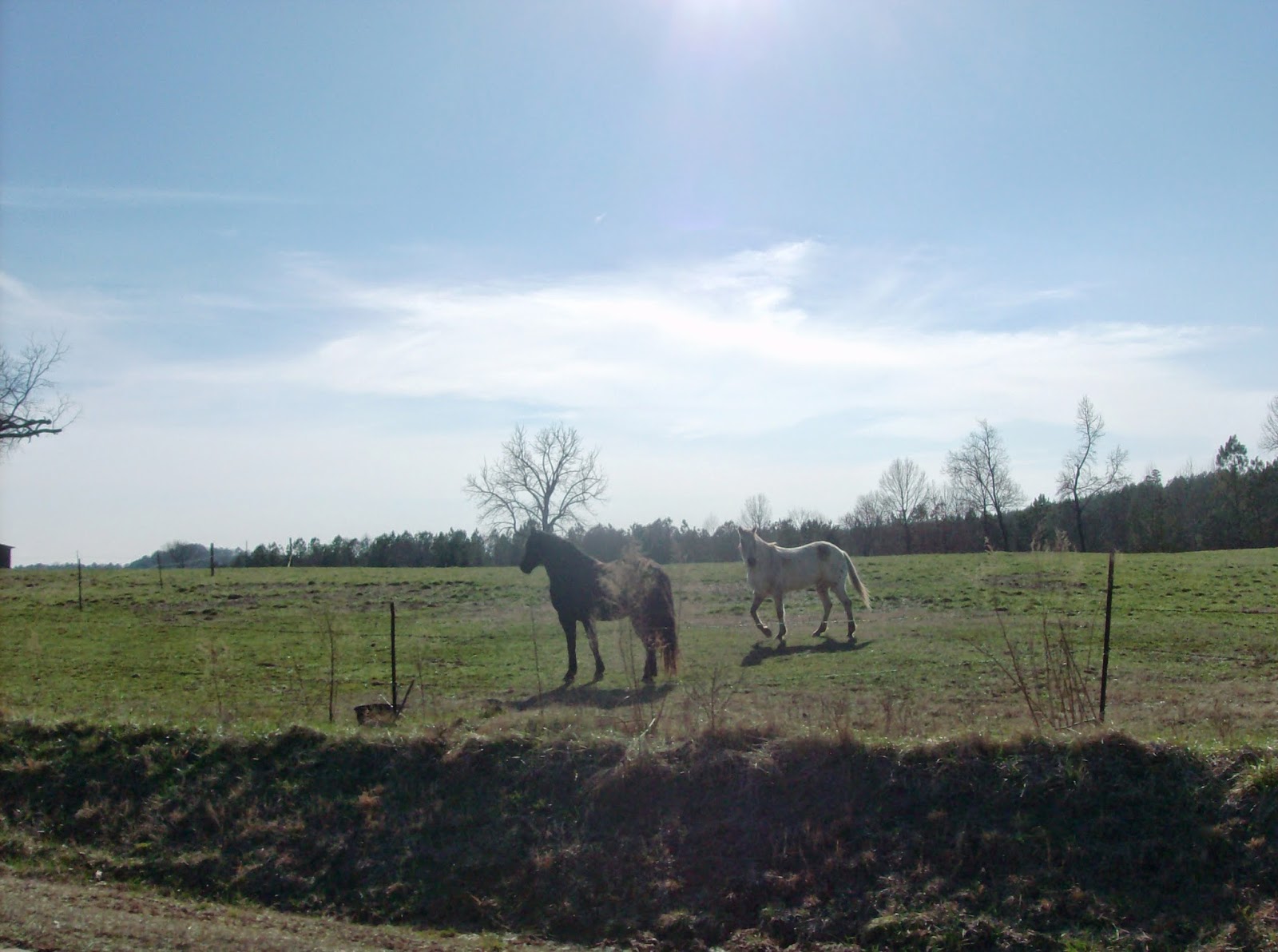 Oldest son, Thomas, was already deceased, but his only son, John Brantley Simpson, served and survived.

Third eldest son, William Simpson enlisted, and was mustered out due to his age.

Fourth son Isaac was not as lucky as his brother and nephews, he enlisted but died in Virginia.
This list has him as mustering out on Jan. 7, 1863, which is also the date of death on his tombstone. 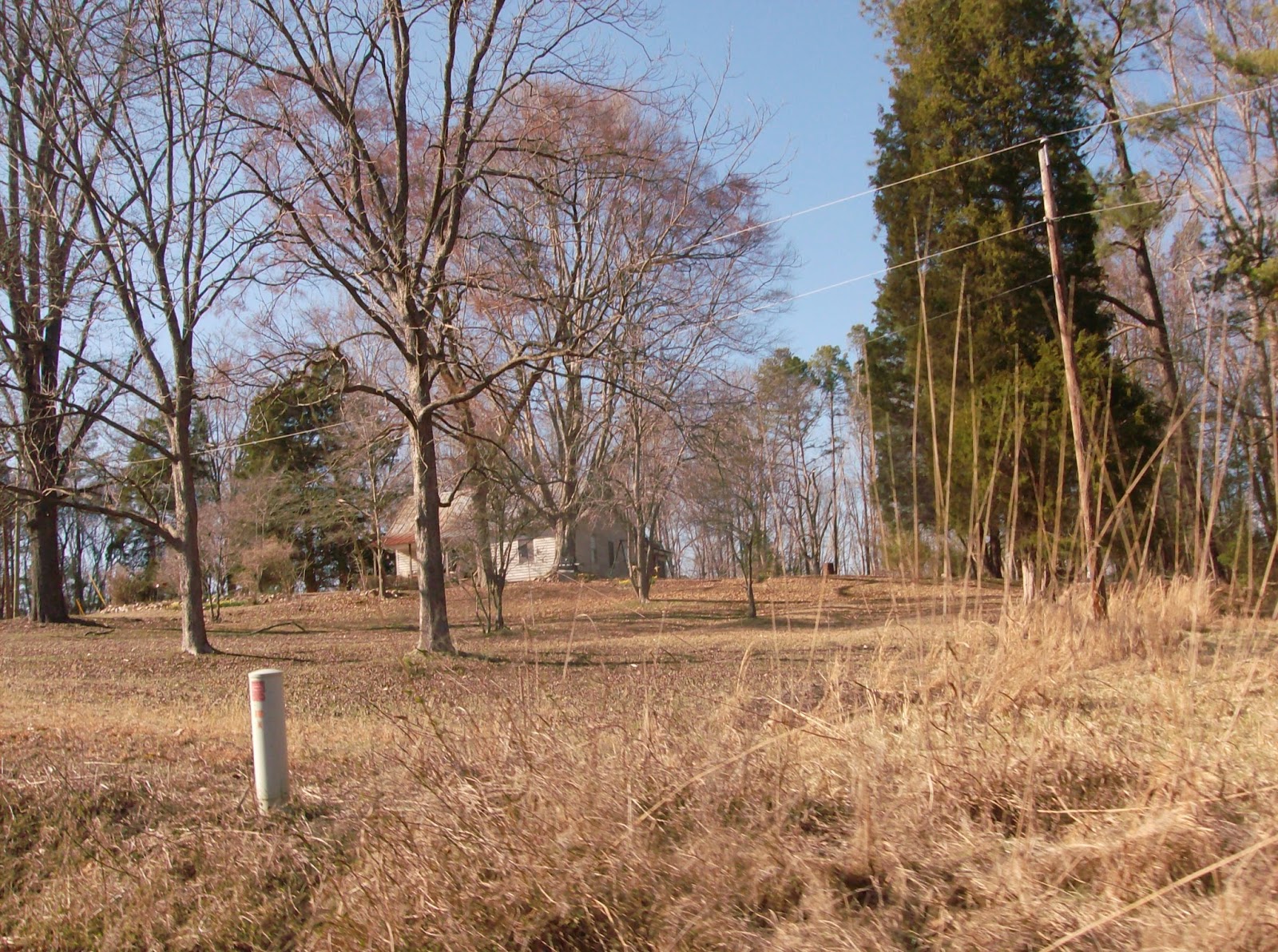 Younger brother Nelson Simpson also did not survive.
Youngest brother, Green Wesley Simpson, got the luck of the draw, however, and made it back home to care for and extend his large family.
Son-in-laws also served. Husband of older daughter, Elizabeth, William A. Upchurch, served but relocated his family to Arkansas afterwards.

David (Millie) and Davidson (Margaret) also made it back home while Thomas (Sarah) did not. There is no record of Enoch serving in the war, so he seems to have passed away beforehand.

The progression of the families of William and John, older brothers after the war was: 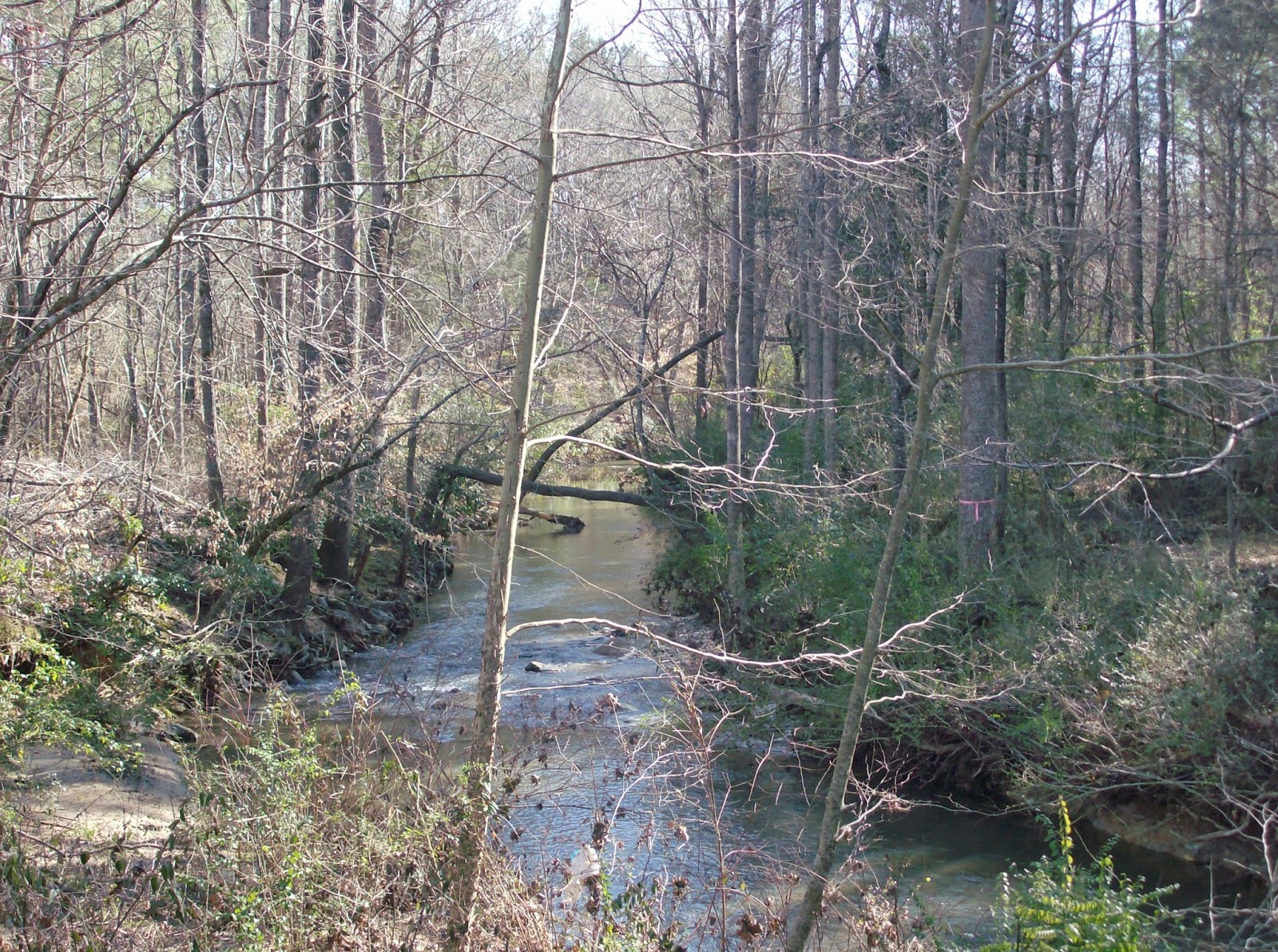 William and Susan Ann (or Susanna) Simpson lost several children early, it appears as only Thomas L. and Rufus Whitson grew up to leave records. George W., Adam J. and Evangeline all appear to have lived less than 10 years. Priscy and Louisa are assumed to be the same girl, due to the year of birth. She may have married, but no record in Stanly County exists and no one has yet to connect her with this family. Mrs. Simpson is always shown as "Anna" in the census records, but youngest son Rufus Whitson lists her name as Susan A. in his second marriage license, and he should know. He was, by then, also listed as "Esquire".

John always appears with his wife Sarah, until 1870. In 1880, Sarah is living in the house of their only son, Thomas, who moved his family to Salisbury.

The widowed daughter-in-laws, Sarah Ann Mabry Simpson, wife of Nelson,  and Lucy Dee Simpson, wife of Isaac, keep close to their mother-in-law, Sarah "Sallie" Simpson. Also always near by is Seth Mabry, in Center township. It appears they all remained near the Lawyer's spring area of the original settlement of the Simpson clan.

In the 1880 census, in Center township, you find William C. Thompson listed next to Seth Mabry. Both of them serve as "Landmarks" as to where the Simpsons lived, as they were steadfastly on their property and left family cemeteries to mark the general area.

Next to Seth Mabry is Anna Simpson, widow of Nelson, with her 4 youngest children, then Nathaniel's widow, matriarch Sarah with her grandson, William, and then Lucy, widow of Isaac, with her youngest son Whitson, then John, son of Isaac, with his wife Eliza (R. Solomon Simpson) and their 4 children, Thomas 7, Emma 3, Lucy T 2, and William S. 1. Also near by is Sarah's daughter and sister to Isaac and Nelson, Judy, with her daughter Turzy.

Green Wesley Simpson, the youngest son, was living with his mother in 1850 and married in 1851.

Green W. Simpson recorded his children and his siblings in his family bible. He mentioned the birth of 14 children, with only 2 dying as infants, and the other 12 all grew up. Quite an accomplishment in those days.

As he did not list the older siblings, and because of the break in ages, it appears that he only listed his whole siblings, the children of Sarah. It is guessed that Sarah's name may have been Green. There are early records in adjacent and near counties of a Nathaniel Simpson who married a Sarah Knight and another of a marriage to a Sarah White. The one to Sarah White would have timed correctly for the birth of the Simpson second round. However, he probably was married in Montgomery county, where records were destroyed.

This covers the older children of Nathaniel Simpson. Their saga did not end there, however.

Posted by Jobs Children at 5:06 AM