The Citizens of Davis

I've been having a little fun with newspapers lately, and finding all kinds of things within my family spider web.

Several years ago, while scanning microfilm at our local library, I found a little gem under "Community News" where it listed the gossip of the small community called "Davis".

The except said that Mr. and Mrs. Lewis T. Davis and family, from Albemarle,  had been visiting family down in Davis. This was in the year 1939, when my mother had been a baby.

Unlike some named communities named in the papers of those days like "Rest" and "Silver", I did not have to ask anyone where Davis was. It was centered around what remained of the old Davis plantation that once belonged to Job. It was near Cottonville and probably took in the current Old Davis Road, Aldridge Road and where Mt. Zion Church road hits Plank Road and down to the river. 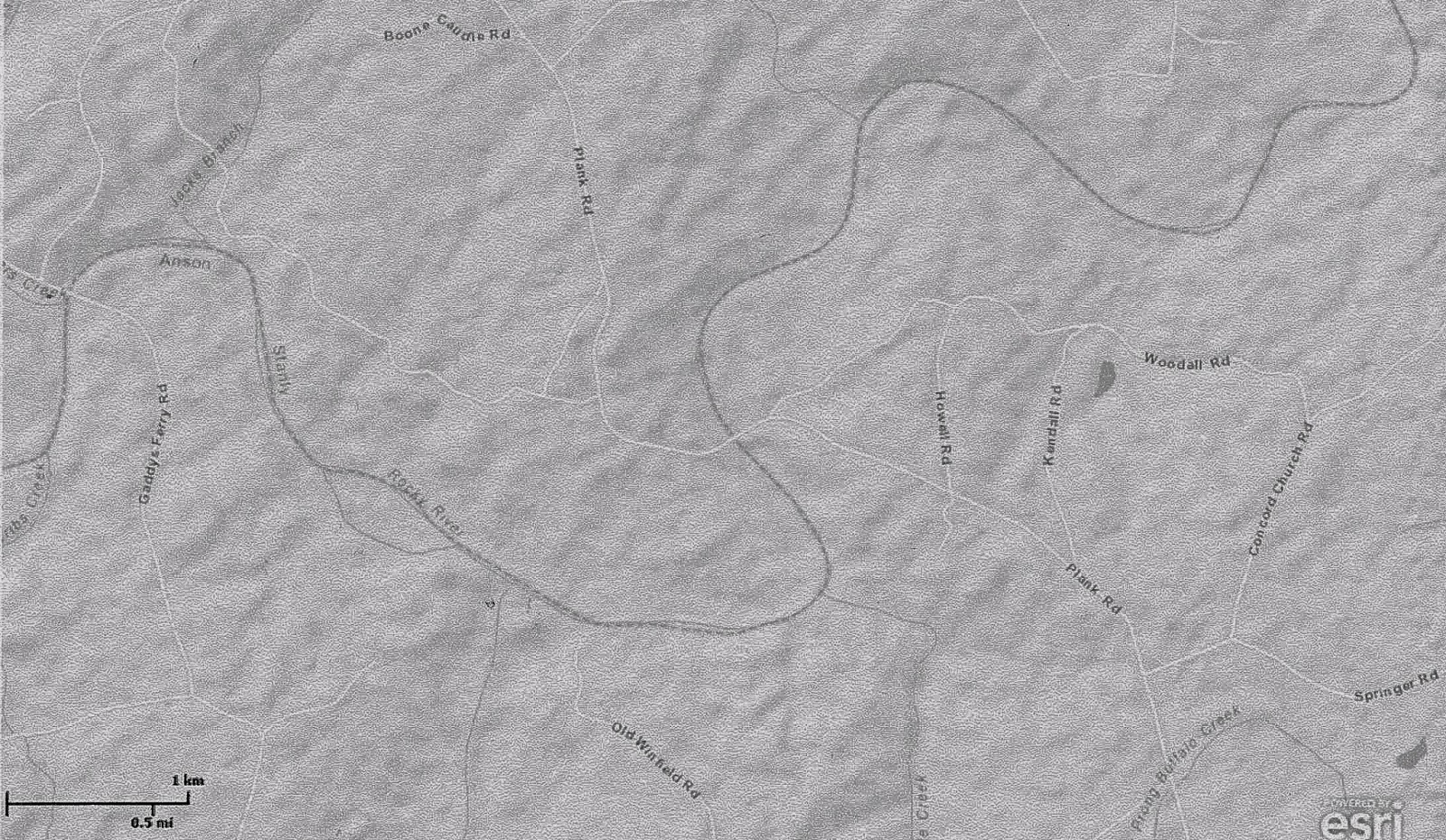 The old road that had been the Winfield road had once cut past Rehobeth, and crossed at the old Ford into Anson County. There was a school there well into the 1930's and 1940's. My paternal grandmother, and her sisters, who were not Davis's, attended there. E. W. Davis had had a store there prior to the turn of the century. Along the paths that were at one time roads are the remains of several buildings and old houses. Some were existence as late as the 1970's.


But like many communities of old, where railways did not cross, the village of Davis has ceased to exist. The two cemeteries remain and the memories of the community dies along with those old enough to remember. The last person to show me where the schoolhouse once stood was my great-aunt Dorothy, who passed away in 2010.
It is exciting to find mention of the old community from which pieces I was constructed, in old newspapers. 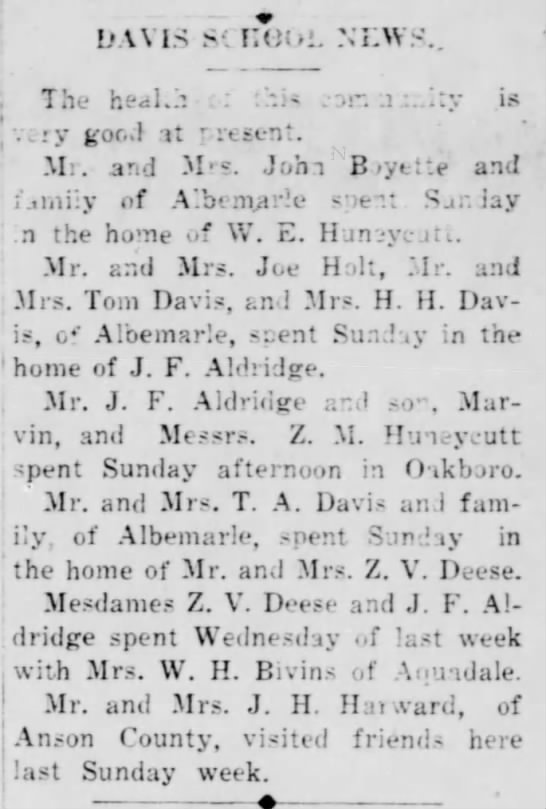 Of the above mentioned persons, Mr. and Mrs. T. A. Davis was referring to Thomas Edward Ashley Davis and wife Elizabeth Ann Deese Davis, son of E. W. "Ned" Davis and Rebecca Hathcock Davis. Z. V. Deese, would have been her brother, Zeb Vance Deese and his wife Lillia Lee Deese.

To quote his contemporary and fellow Governor, Thomas Jordan Jarvis:
"He was the Mount Mitchell of all our great men, and in the affections and love of the people, he towered above them all. As ages to come will not be able to mar the grandeur and greatness of Mount Mitchell, so they will not be able to efface from the hearts and minds of the people the name of their beloved Vance."

Mr. and Mrs. Joe Holt mentioned above was Martha "Mattie"  Davis and her husband, Tom Davis and wife, was her brother, Thomas Parrish Davis and his wife Nealie Howard Davis.  Mrs. H. H. Davis was my great-great grandmother, Frances Julina Aldridge Davis, the mother of Tom and Mattie, and they were visiting Jesse Filmore Aldridge, Julina's son and Tom and Mattie's half-brother. All of these were cousins to the T. A. Davis mentioned in the first article.

And of course, the J. F. Aldridge who went to Oakboro with his son Marvin, is the same Jesse Filmore Aldridge.