After about 3 years of 'serious' research and traveling to many North Carolina counties, and a few in South Carolina and Virginia, I finally broke down last week and made it into Mecklenburg County to do research, just an hour away. I've not made it to the register of deeds or any history room at any library yet, just to the guilds of the Olde Mecklenburg Society, an organization of which I recently became a member.

Link to The Olde Mecklenburg Society
Roughly 25% of my heritage comes from families who settled in Mecklenburg County, some spilling over into Cabarrus, where I've been multiple times doing research, or into Union, where I've been once. You would think I would have made it there by now, but Mecklenburg is a monster county, with a county seat called Charlotte that has infected counties all around and even seeping into South Carolina with her urban sprawl. Charlotte is protected by a loop of roads traveled by people imagining themselves as immortal and driving like participants in the Coca-Cola 5000, 100 miles an hour in a 45 zone, weaving in and out of traffic faster than a ping-pong ball in a professional game. I've never been trained to drive Nascar, so I avoid Charlotte and roads like Independence Motor Speedway at all cost. 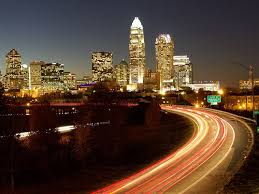 This time however, in an effort to peruse the Lemmonds files, I braved that cursed road for the 5 or 10 minutes I had to endure it to make it to the Archives. It was well worth the wait.

Lemmonds, or Lemmons, or Lemons, all have the same origin, was the family name of my paternal grandmother. They were a family of movers and shakers, therefore rather easy to trace, as they married persons of their same ilk, the kind who've left their footprints in the sand, so to speak. I really have had to do no research with them. It's been done. All I have to do is read what is already there and follow my own path to the origin. A road already cleared. 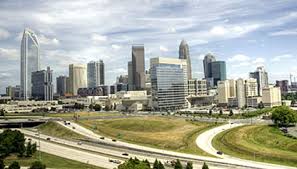 They are interested, none-the-less. Very. They married into Whites, Walkers, Lattas, Alexanders, Pfifers, McCoys,  Means, Query's and Starnes's, among others. Those firstborn and revolutionary families who helped  shaped Olde Mecklenburg, and ultimately, the fate of North Carolina. A noble heritage.

But what can I post of them? Any information has been pre-discovered by someone else. How can I post anything of my ancestors when 5 or 6 other people have assembled it, using their own words. What new words are there to use, that will not resemble plagiarism?
There aren't any. That is why I haven't posted on them, excluding the story of Leavy Starnes Lemmons and her 6 black hogs or her husband Bob being the walking, dancing mailman of the Clear Creek community. Those stories were strictly our branch, and no, that I've discovered, had posted anything of our branch, after the turn of the century.

But prior to the year 1900 or so, our branch runs into that mighty river of 'everyone else's research. I might post some of it, the facts, but it will cross over into all of this 'already been there/done that' kind of thing. So, it will have to be facts only. Black and White. The facts belong to us all.

Hats off to all of the distant cousins who've paved this road for me and made it a bit unnecessary to have to fight my way in and out of Charlotte.

The grand Queen of Carolina cities is a noble lass...but she has too many knights and bees.

Posted by Jobs Children at 7:39 AM