With a recent trip to the Forsyth County Register of Deeds, I've been to 12 different North Carolina counties digging up family records, not counting the two Virginia counties from my trip last year, Brunswick and Mecklenberg in Virginia. 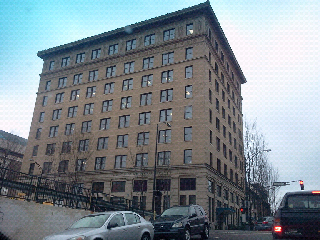 I've now been to Stanly, Anson, Cabarrus, Rowan, Davie, Davidson, Guilford, Montgomery, Union, Richmond, Moore and Forsyth counties. The employees at the first three mentioned know me personally by now, and I am by no means finished. I have explored in Chatham and Mecklenburg, and there are records to be had there, but I've yet to visit. 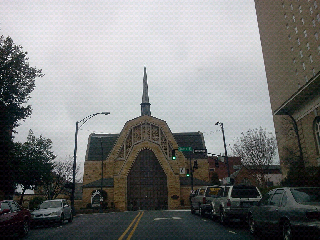 Winston-Salem is a city, not a town, and to get to their government offices, you must make use of parking decks and escalators. Comparing the Forsyth County Register of Deeds to that of say ancient Anson with its beautiful old courthouse, marble floors, and dusty yellowing index books that lead you to stacks of marriage records in little pull-out drawers, or to tiny, sparsely populated Montgomery, where the county seat, Troy, is very Mayberry-esque, and its 2 employees make copies from  the actual deeds for you, straight out of the original books, is like comparing a stagecoach to a jet. The smaller counties have the best customer service. Davie County, by far, and so far, has the best of both worlds, technology and friendly employees.

At the Forsyth County ROD, the lady behind the counter had the demeanor of a jail matron who'd been hounded by inmates with favors all day.

"What do YOU want?"
"Fill Out This paper."
Almost makes you want to say "Aye aye sir!" 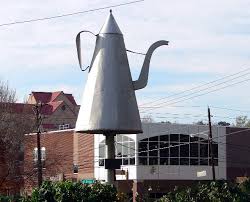 I'm so glad to live in Stanly where they have a friendly hometown touch AND technology.
I found the martiage license of Christine Davis and Harvey Cantrell, but found nothing on her younger sister Maxine. But according to the youngest and only living Davis sister, daughters of John Teeter Davis and Jenny Lenora McSwain Davis, both Christine and Maxine went to Winston after being released from Barium Springs Orphanage, and worked in the cigarette factories. 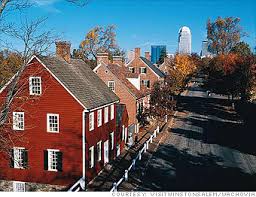 I found Christine and her future husband, Harvey Joy Cantrell of Tennesee, both living in or near Winston-Salem in the 1940 census, the year they would marry. The two younger boys, Wooten and Esau, were still in the orphanage in Iredell County. The two older boys, Dewey and Ray, were already on their own when JT Davis died, and remained in Hoke County. Dewey would eventually move to Durham. Jewel Lee, the youngest child of Nora, was the only one not born in Stanly County, but the only one to grow up there. She had been placed with her half-uncle, Travis Crump and his wife. JT Davis's second wife, Valedia Kinney, was with children when he passed. She would return to her home in southern Davidson County, where her brother would become the caretaker of her fraternal twins, J. T. and Jenny Davis.
Valedia would remarry and have 4 more children before she passed away still young, 2 of them another set of male/female twins. 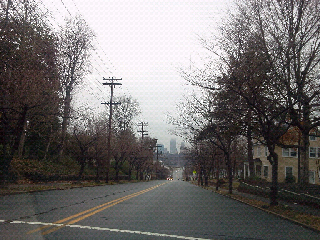 But where was Maxine?
She was 20, too old to be in the orphanage still. She was nearly middle aged when she married and then divorced a Dooley in Guilford County, where her remarried stepmother had moved. 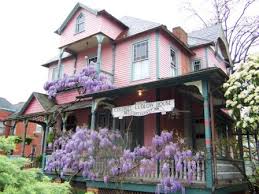 She was well into middle age when she married her second husband and returned to Vass, where her parents had last lived. I thought perhaps there had been a previous husband to the Dooley, and she was hiding in plain sight in 1940, with a different surname. Still a possibility, but she did not marry in Forsyth County, like I had thought. 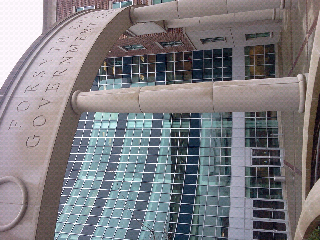 She and Christine were close, as they were living together in Vass when they died.
Winston-Salem has done a fantastic job of combining their new with preserving their old. History waits at every turn. The town had spread from the old Moravian village of Salem and combined with the younger, industrial town of Winston. 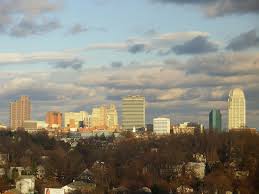 Posted by Jobs Children at 2:55 AM