The above photo is of a group of young people from the Victorian era enjoying an outing at the Narrows or the Yadkin River. The Rivers that border Stanly County were the lifesblood of the early settlers that made this area their home, and was the main draw for settlement to start with. Stanly County, although with an area of only 404 square miles, is a land of water. Bordered on the east by the Yadkin, which intersects with the Uwharrie and becomes the PeeDee and on the south by the Rocky River, where most of my ancestry came off of. 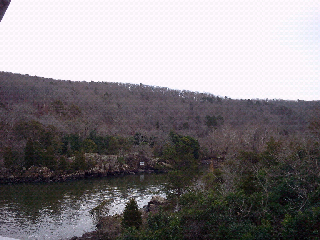 The area of the Narrows today, had changed due to the construction of several dams in or near Stanly County. There was a time when this waterway was the highway of those in Stanly, Montgomery, Anson, Randolph, Davidson, Rowan, and other counties. The road to the courthouse, the road to trade, the road to greener pastures. 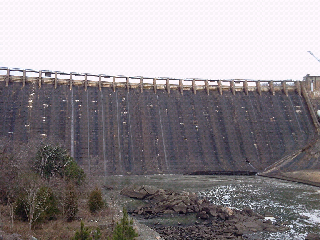 The Narrow, as they were known, was simply the area, less than a mile north of the Great Falls, where the river narrowed. There were also several islands in the river and it made it easier for persons to cross. There was a time prior to 1841, when Montgomery and Stanly were one county. The site of the Courthouse changed many times. Only once, when located in the town of Tindallsville, was it on the West Side of  PeeDee, or 'our' side. At other times, when it was in Henderson or Lawrenceville, or other defunct towns on the East Side of the PeeDee, or in present day Montgomery. 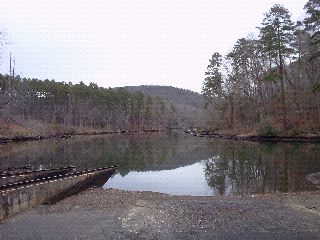 The photo on the right is the boat landing or the barge launch at the Narrows dam and the view of the Uwharries in the distance.

The town of Badin is actually the newest town in Stanly County and was began by a French Aluminum Company called of course "L'Aluminum Francois" in 1913.
This company did not complete the project, however, the beautiful and unique French archetecture remains in this quaint little community perched on the side
of Falls Mountain and in the subsequent valley on the shores of Badin Lake. 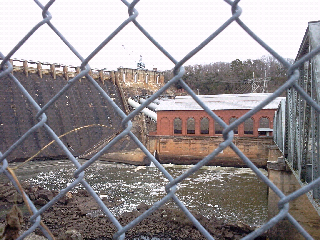