Elizabeth Palmer, of Pilgrim origin, was also an ancestor of my son-in-law and grandson. She was the granddaughter of  William Palmer, a Nailer, from Sedbury, England,who arrived in Plymouth, Massachusetts in 1622, on the ship "The Fortune", which carried 35 passengers.


Elizabeth Palmer would have grown up as a Pilgrim in Plymouth Colony.

William Palmer the first is mention several times in the early records of the Colony.  In my early post, I mentioned that William Senior received two acres of land for arriving with young son, William Jr. and later, his wife, who arrived on the Ann, two years later, received one acre on Eel River. These allotments seem minuscule compared to the amounts of land granted to my Virginian ancestors who would migrate to North Carolina.


The Fortune was the second ship to arrive, after the Mayflower.  The following link contains a listing of the ships passengers.

Blog on The Fortune

The following photograph of the restored village, shows much what Plymouth would have looked like as the Williams resided there. William Palmer is found in the Plymouth records a few times. In 1627, there was held a "Division of Cattle on May 22. William "the elder", his wife Frances and son William "the younger", are all mentioned in this document, in the seventh lot, along with Stephen Hopkins.

" “To this lott fell A Black weining Calfe to wch was aded the Calfe of this yeare to come of the Black Cow, wch pueing a bull they were to keepe it ungelt 5 yeares for common vse & after to make there best of it.  Nothing belongeth of thes too, for ye companye of ye first stock: but only half ye Increase. To this lott ther fell two shee goats: which goats they posses on the like terms which others doetheir cattell.”"

Also in 1627, he received a grant of 6 acres near  Reed Pond, an extention of Cold Spring Brook. Researchers have placed this location one half mile north of Plymouth Rock.

He sold this property in Oct of 1632 to John Holmes for 35 sterlings and was described as a house and 6 acres "adjoining to ye Reede Pond".

Prior to that in 1628, William Palmer signed a covenant with William Bassett and Samuel Fuller as Members of the Plymouth Colony of New England, and William Bradford, Capt. Miles Standish and Isaac Allerton and such others as they shall take as partners and undertakers with them on the other party. 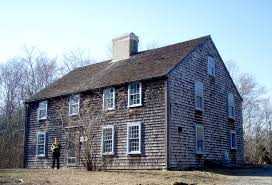 In the first tax listing of Plymouth Colony, William Palmer was taxed 7 shilliings. His worth must have grown between 1632 and 1634, because in that year he was taxed 18 shillings and his son 9. At any rate, he was wealthy enough to have servants, at least four of them. In addition to the prior mentioned William Carvanyell, there were two other men and one female maid, at least.

In the following book:


It states that on July 23, 1633, William Mendlove was whipped for attempting "uncleaness" with Palmers maid and from running away from his master. Mendlove was also a servant of Palmer and was returned for a reward by Penwatechet, and Indian. This report is again found in this manner:

"being forcibly brought againe by Penwatechet, a Manomet Indian.” Suggesting that Mendlove had escaped previously.

On August 15th of that same year, Robert Barker transferred his apprenticeship from John Thorpe, who had died, to William Palmer.

Will Palmer is listed as a debtor to Peter Brown deceased in the inventory of his propety taken in 1633 by Miles Standish and Will Brewster.

He is also listed as owing for a servant to John Thorp Carpenter in November of the same year in Carpenters estate records.

1633 was a busy year for Will Palmer. He finally got rid of the troublesome servant, William Mendlove. 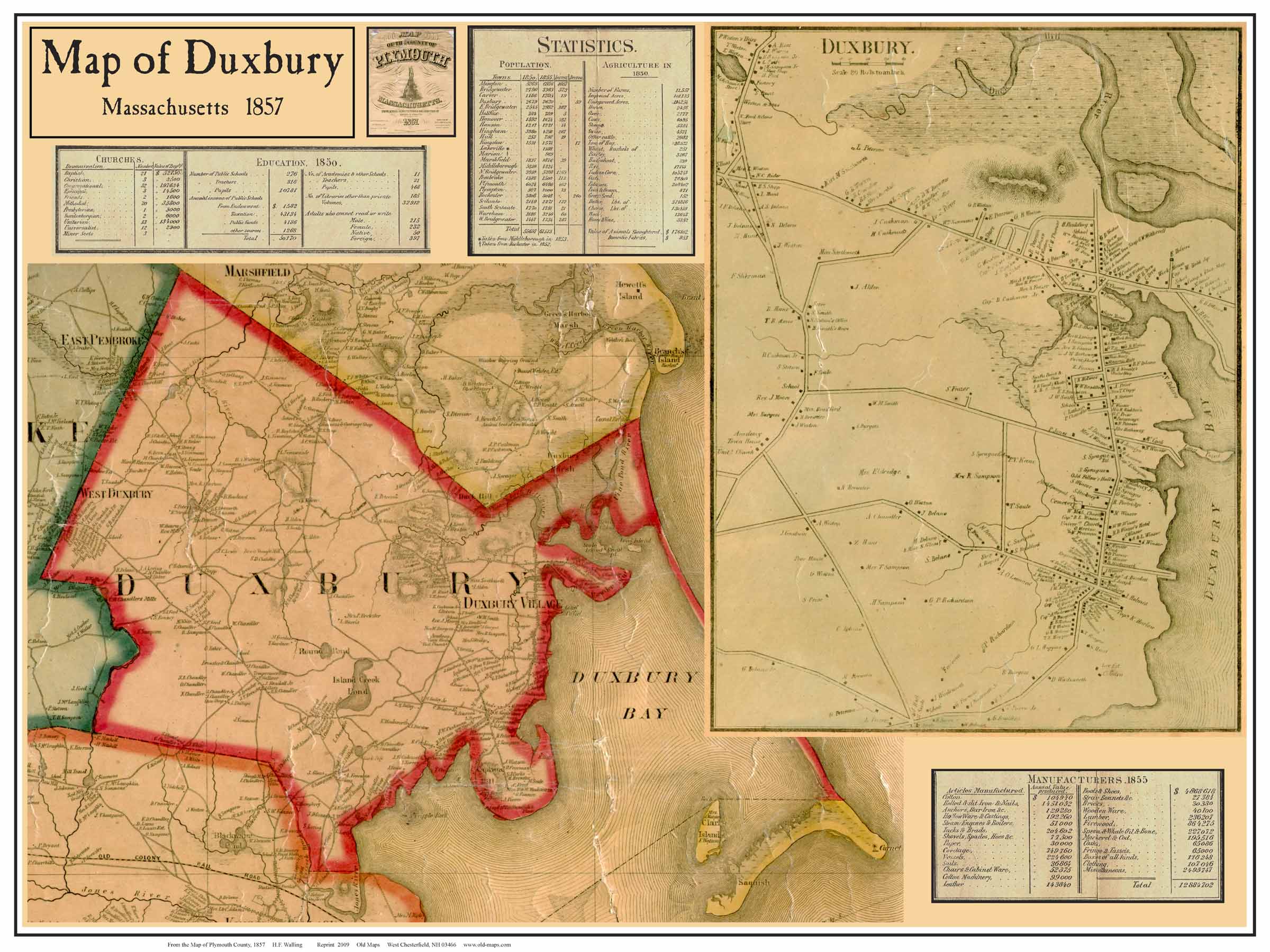 William Palmer, among others, would moved to Duxbury. Some of the others were Miles Standish, Jonathan Brewster, Love Brewster, William Bassett, Steven Tracy and William Sprague.

After the move to Duxbury, William Palmer, the elder, was appointed along with Miles Standish, William Collier, Jonathan Brewster, and Steven Tracy, to lay out a highway to Duxbury in October of  1634. The highway may have failed to appear on time, as he was again called to court, on May 2, 1837 to be one of 12 jurors to set forth the highways around Plymouth, "Ducksborrow" and the "Eele River". In July, of 1837, they delivered their decision, that the highway from Plymouth to Duxbury would begin at the Jones River and pass through the property of Steven Tracy and Francis Sprague. From there, it would "cutt" between Spragues and William Bassett's orchard, to John Washburn's property to Will Palmer's gate. From there through Peter Brown's to Henry Howland's house, through a marsh to John Alden's, and then through a valley to the edge of Phillip DeNoy's farm and then onward to Edward Bumpass's then pass Roland Leyhornes' house and ending at Green's harbor.

These were not unheard of names. In 1634, William Palmer had sold a portion of his land on Eagles Next Creek to Edward Bumpass. A year later, John Washborne bought the lot, which is called "the lot that he had by William Palmer".  The remainder of the lot was sold in September, 1838, when Williams estate was being settled.

William signed his will on November 7, 1837. A week later, an inventory was taken of his estate.


He maintained a close association with Stephen Hopkins. In 1837, the two friends would be arrested for drinking and partying, but William Palmer, who was fairly aged by this time, 54, which was considered far older in those days than it would be now, would not survive until trial.

Stratton's book reports, "Stephen Hopkins was presented by the Grand Jury for excessive drinking in his house by several men, including Old Palmer.....Widow Palmer and 'Palmer's man', were among the testifying witnesses." It occurred during the cold of January and William Palmer may have died of alcohol poisoning, or an accident arising from the event.

The following is William Palmer's Will.

On 2/12 Janry 1637/8, Francis Cooke was a member of the jury which tried the case of John and Elizabeth (Hodgkins) (Palmer) Willis against the executors of the estate of William Palmer, Sr. John Willis was quite visible in the early records. Not a great deal is known about William but he is with some frequency mentioned in early records.

[Vol. 1, fol. 28] A true Coppy of the last Will & testament Willm Palmer th elder proved before the Govnr and Assistants at a Court held the fourth of December in the thirteenth yeare of the Raigne of our Sovraigne Lord Charles by the grace of God of England Scotland ffrance and Ireland King Defender of the fayth &c 1637


I William Palmer of Ducksborrow Nayler being ill in body but of pfect memorie not knowing how nere I am to my death think good briefely to settle my estate, yet hope if God spare life to set downe thinges more perticulerly hereafter. In the meane tyme for the disposeing of my outward estate this is my will & Testament ffirst of all I ordaine my loveing frends mr Willm Bradford mr Edward Winslowe and mr Thomas Prince my Executrs.

Next of all whereas I have marryed a yeong weoman who is deare unto me I desire them to deale well wth her: but my desire is that my estate consisting of lands houseing goods chattells &c may be sould and turned into money, all but such of my mooveables as my Executrs aforesaid shall thinke meete to give her for her present comfort:

next my estate being wholly sould as afore my desire is that my wife may not have lesse then one third thereof. And if in case shee be wth child Then that one other third of my estate be prserved and improved by my Executrs for that child as myne heire.

And that if in case shee be not wth child Then I would have myne Executrs as in conscience they are pswaded out of the remaynder ofmy estate deale wth Rebecca my Grandchild and Moyses Rowly whom I love, but not so as to put it into their father or mothers hands but prserve it for them till they come to yeares of Discretion.

Next my Debts being payd I would have myne Executers to give somewhat to Stephen Tracy and somewhat towards the meeting house at Plymouth, also I would have yeong Rowly to be placed wth mr Partridge that hee might be brought up in the feare of God, and to that end if his father suffer it I give mr Partridg five pounds.

That this is my Deede witnes my hand & Seale the seaventh of Novembr 1637
Witnesses hereunto The marke of
Thomas Burnes Wm Palmer
William Basset
It was the will of the Testator that his wyfe should bee ruled by her auncient mr Edward Winslow in her marriage if she looke to ptake in any pt of this estate otherwise not Also that John Willis have fourty shillings
Witnes
Thomas Burnes
William Basset
Thom Burnes sworne to this will the 4th Decembr 1637 at a Court of Assistants.
Wm Basset deposed to this will the 5th march 1637
Vid. Crt orders

p. 144
An exact Inventory of all the mooveablegoods of Willm Palmr thelder taken the XIIIth of Novembr 1637 by Jonathan Brewster Edmond Chaundler Willia Basset & John Willis

The children of William Palmer have been determined as follows:

It is thought that Sarah was the daughter of first wife Margaret because she did not come to Plymouth with William or with Francis.

4) William Palmer "the Younger". Came to America with his father on The Fortune.

5) William Palmer, born June 27, 1634. It was not uncommon for children at this time to bear the same name as an older sibling, especially if they were half-siblings or the older sibling was deceased.

The grandchild Rebecca, that is mentioned in the will is said to be daughter of  the elder William the Younger.

Posted by Jobs Children at 7:57 PM