The Heads of the Head Family: Sir Richard and son Henry Head the First 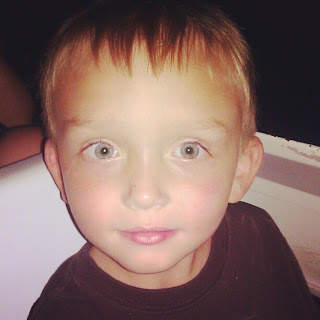 When asked to find out where my son-in-laws maternal grandfather came from, as his mothers surname was "Head", I believe they thought the migration from "somewhere" else was much more recent, and from an area entirely different, than it actually was.

The real mystery is where the imagined heritage really came from.

And the migrant was, Sir Richard, 1st Baronett Rector of Trottiscliff Head.

Wikipedia has this to say about Sir Richard:


Sir Richard Head, 1st Baronet (ca. 1609-18 September 1689) was an English politician who sat in the House of Commons from 1667 to 1679.
Head was the son of Richard Head, of Rochester, and his wife Anne Hartridge, daughter of William Hartridge, of Cranbrook.[1]
In 1667 Head was elected Member of Parliament (MP) for Rochester in the Cavalier Parliament and held the seat until 1679.[2] He was created a baronet, of The Hermitage in the County of Kent on 19 June 1676. In 1689 Head entertained King James II and his small court as the King was about to leave the country.The king was so pleased and surprised by this hospitality that he presented Head with an emerald ring.[1]
Head died in 1689 and by his will left several houses and lands in Higham to the mayor and citizens of Rochester for charitable purposes.[1]
Head married firstly Elizabeth Merrick, daughter of Francis Merrick, alderman of Rochester and had three sons (including Francis Head, who died while his father was alive and Sir John Head(2nd son))[3] and a daughter. He married secondly, Elizabeth Willy, of Wrotham, Kent and had two sons, and three daughters.[1]


Richard was succeeded by his son Francis,

The following is the list of the Baronetcies of the Head family.

A Second Barontage of the Head family was begun in 1838 as the Baronetcy of the United Kingdom. This one is still in existence and began with Sir Francis Bond Head (1793-1875).


The Current Baron is Sir Richard Douglas Somerville Head, who was born in 1951.

So how does this barony relate to my beautiful blue-eyed boy?


Henry Head the First was born September 23, 1847. As his older brother Francis, was heir to the barony, Henry sought his fate and legacy in America. Many younger sons of the British Gentry sought property and prosperity in the New World as the lands of England were taken. There was land and property to be had in the New World. A Gentleman could make his mark there.

After arriving to the new land, probably to the Massachusetts Bay Colony, Henry Head found a wife.

Henry had 6 children: Jonathan, Henry II, Elizabeth, Mary, Innocent and Benjamin. They settled and made their estate in Compshire, Rhode Island.

Elizabeth left a will. The following is excerpts.


Will Dated 9 Jun 1739
Will-proved 11 Jul 1748.
Widow Elizabeth.
Executor was son Henry.
In the will she refers to  herself  as very aged.
To sons Jonathan and Henry 43 acres.
To son Jonathan 5 shillings.
To grandson William Head, son of Benjamin, 5 shillings.
To daughters Elizabeth Wilbur, Mary Cudburth, and Innocent Church, 5shillings  each.
To grandson Lovet Head and Amey his wife, all my household stuff, and to said granddaughter Amey, a side saddle.
To grandson Lovet, also confirmation of a deed already made of ten cows and a bull.
To grandson Benjamin Cuthbert £30.
To son Henry, rest of real and personal.

It appears that son Benjamin predeceased his mother.

Here I want to look a little bit at New Compton, where the Head family settled for several generations. Little Compton is said to have been settled first by Englishmen men from the Plymouth Colony in Massachusetts who wanted to expand their land holdings. This goes perfectly hand in hand with Henry Head marrying in Massachusetts and then living in Rhode Island.

There have been several books written pertaining to the history of the Little Compton area that mention Henry Head. Among these are "Little Compton Families" by Benjamin Franklin Wilbour and"Franklin D Roosevelt's Colonial Ancestors" by Alvin Page Johnson, Boston: Lothrop, Lee & Shepard Co, 1933. Yes, my Grandson is related to Franklin D. Roosevelt.

From these sources and others certain facts can be established about Henry Head the first.


Although it is recorded that most of the early citizens of Little Compton were Pilgrims or 'of Pilgrim stock' who had migrated from Duxbury or Marshfield, I am pretty sure Henry was not, he just lived among them, but was a bit of a rebel.

From 1673 to 1689 he served as a Deputy.
In February of 1686, he was chosen as an Agent, along with David Lake, to appear in court representing the town, which was ordered to raise a sum for the "encouragement of preaching the gospel", ordered by the court, but the town had either refused to or neglected to raise the fund. The Court ordered the town to pay a larger sum for contempt and neglect, stating that they "write rather as equals of neighbors than as delinquents or offenders. "

-On Christmas Day, in 1689, he was fined 20 shillings, along with three other gentlemen, for disorderly departure from the General Court. I don't believe the Pilgrims, who ran the court, celebrated Christmas, and Henry was obviously unhappy with the verdict of the Court.
-On June 3, 1690, he was chosen as a "Selectman".

But in 1692, Henry became not just a Little Compton resident unhappy with fees and penalties, he, with his neighbors, had had a bit of fun placing bets, and then took arms up against the law enforcement sent to charge them for this prohibited action.

"Whereas, divers persons of ye, Town of Little Compton & parts adjacent in ye, County of Bristol within this, their Magisties province, have been inveigled & drawn into a bett & take part with Christopher Almy Senr., Dan.Wilcox, Henry Head, & W"' Briggs of y Said Town of Little Compton, in opposition to yc. majisties Government, & with force & arms to protect them against their officers having lawful warrant to take them into custody to be brought to answer for several High misdemeanours wherewith they Stand charged. �His Excel' & Council being rather desirous to reduce them by clemency than to use great severity, doe hereby declare & make known to all such persons, that if upon publication hereof they shall desist & come in to one or more of their majesties Justices within the Said County, submitting themselves to their majesties Authority and Govern'., they shall be Indemnified for what is past behaving themselves peaceably & orderly for time to come, but in default of making such submissions they may expect to be proceeded against as High Criminals. And the said Christopher Almy, Dan Wilcox, HENRY HEAD & Wm Briggs are hereby required in yr Majesties names within the space of ffourty eight hours next after publication hereof to render themselves unto some of yr Majesties Justices of the peace within the said County of Bristol, that they may he brought to answer what shall be objected against them on yr Majesties behalfe as they will answer their (refusal) at uttmost peril. Given under ye Seale of the sd Province at Boston, ye eighth day of Dec. 1692, in the fourth year of yr Majesties Reign. WILLIAM PHIPS By order in Council"
"Little Compton Families", Wilbore

Henry Head's will is recorded in the Taunton Probate Book Number 3 on page 286 and was written on March 24, 1708, which he recorded as "the eighth year of our sovereign Lady Ann, Queen of England".  It was proved Auguse 20, 1716. In it, he leaves 20 pounds each to his daughters Elizabeth, Innocent and Mary. He left a slave named Jeffrey to his wife Elizabeth and a woman named Rose to his children. He also left a little boy named Scipio to his daughter Elizabeth. The total inventory of his estate was 609 pounds cash, Four slaves and 32 head of cattle.  The Inventory was taken on August 20, 1716. The name of the fourth servant is not mentioned.

His will, recorded in Taunton Probate Book 3, Page 286, made March 24, 1708 "in the eighth year of our sovereign Lady Ann, Queen of England" and proved August 20, 1716. "
To son Jonathan, the land and house where he dwells in Coakset, and certain other lands in Little Compton. To son Henry, 60 acres, etc. To daughters Elizabeth, Innocent and Mary 20 pounds each; Negro man called Jeffrey to wife; Negro woman called Rose to my children; little Negro boy called Scipeo to daughter Elizabeth." Total inventory 609 pounds-09-08. Four negroes 40 pounds; 32 head of cattle, L30 worth of Apparel, L78 worth of silver, several bills of credit and bonds worth L186, 12shillings and 3 "d's". Feather beds, a bible and other books, a book called "Doltan's Country Justice", spinning wheels and looms, Silver spoons, 5 horses, cider, corn, hogs, sheep, lambs, pigs" . Inventory taken August 20, 1716.

It appears that Henry was fairly well-settled and had a sustaining and sustainable farm upon his death. He left a decent legacy to his widow and children.

Henry and Elizabeth had 6 children; 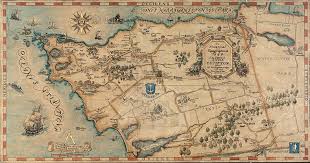 Posted by Jobs Children at 4:30 AM