In Search of William Henry

In the Will of Temperance, aka "Tempy or Tempe" Russell, she mentions a grandson, William Henry Russell, son of William Henry Russell. It was the first I had heard of another son. As his mother lived in Stanly County and first shows up in the 1860 census, although she was probably also there in 1850 or at least in nearby Montgomery County, and as James R. "Jim" Melton, business and tradesman, was known to be there in the 1850's and before, and he is named as the father of her younger son, John Russell, the most likely scenario is just that Tempy and her boys were just  missed in the 1850 census. Perhaps she was in hiding, one of the women that Dr. Kron referred to in his notes within a 10 mile radius of him, in a negative way.

There were multiple William and Henry and even William H. Russell's who participated in the Civil War. One from Madison County, and another from Haywood County. But there was only one who was in the right place and the right age. William Henry Russell was a member of the Stanly Guards, Company K, North Carolina 28th infantry Regiment. 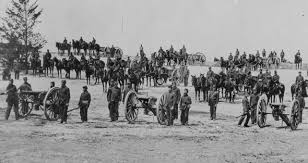 He was out working as a hired hand in 1860, when the census takers came around and enumerated his mother, a seamstress living in the fledling town of Albemarle, and his 13 year old brother John A. Russell.

I've only just begun a thorough search for both Jr. and Sr. of William Henry Russell. This was not an uncommon name. One advantage though, to siphon out the William Henry's that could not have been was this, we know he was born in North Carolina, and we know he had a son named for himself. And in those criteria, in Richmond County, Georgia, in 1880, there was only one:

By this time, William Henry Russell, born in North Carolina and in the right age range, had married a widow, Eliza Smith Cason, who was shown in the 1870 census with her young son, 5 month old John, who would have had to have been 10 in 1880, not 8. 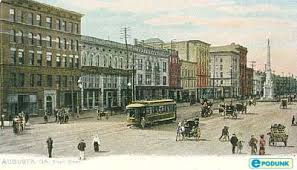 By 1900. twenty years later, her son William Henry Russell JR. is still living with her, along with her nephews, Joseph and Thomas Smith. It is through them that I was able to discover who she was.

In the 1900 census, it declares that she was the mother of 7 children with only one living. John Cason had obviously died and William Henry, Jr. was her only living child.

Sadly, in Magnolia Cemetery in Augusta, Georgia, where William Henry Russell, who died in 1896, is buried, there are at least four small children buried that were notated as his:

The trail of William Henry Russell stops after the 1900 census. There were men of his name, but which was him. There will something to nail him down as the right one, and I will find it. Genealogy is, after all a treasure hunt for a good detective.

Posted by Jobs Children at 7:29 AM