The following is an obituary for Martha Ingram Letsinger. Mrs. Letsinger was a descendant of Job Davis. This is her direct line from Job and Sarah:

Henry had two known sons by his first wife, Sarah Kendall, daughter of Reuben Kendall.
He and Martha Palmer, daughter of James Palmer, had 9 known children.

Joseph A Ingram was a member of the PeeDee Wildcats. The following link traces the movements of this prestigious group.

Story of the PeeDee Wildcats


Mentioned in the article on the PeeDee Wildcats is the death of John P Winfield, a cousin of Martha J Davis. John Peter Winfield was the son of Peter Winfield and Mary Goldston Winfield. His father died about 1835 and his mother remarried a Rev. Barber. Peter was a middle son of Edward Winfield, brother of Sarah Winfield Davis, Henry's mother. 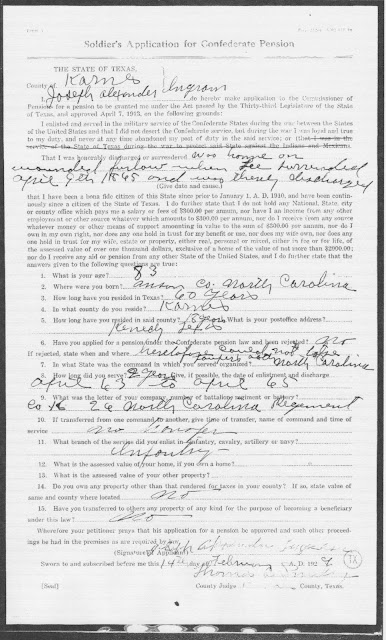 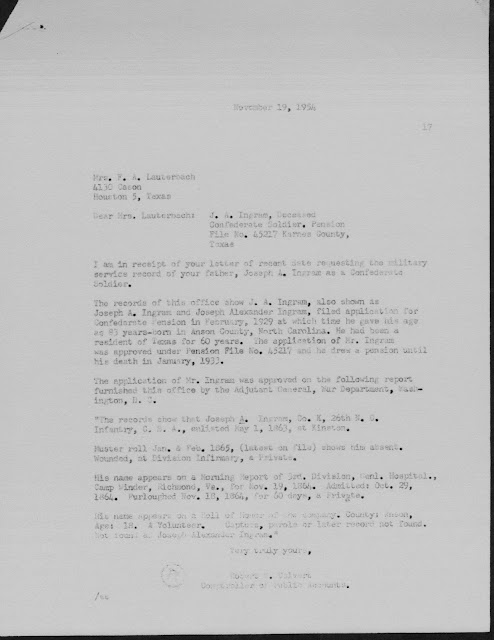 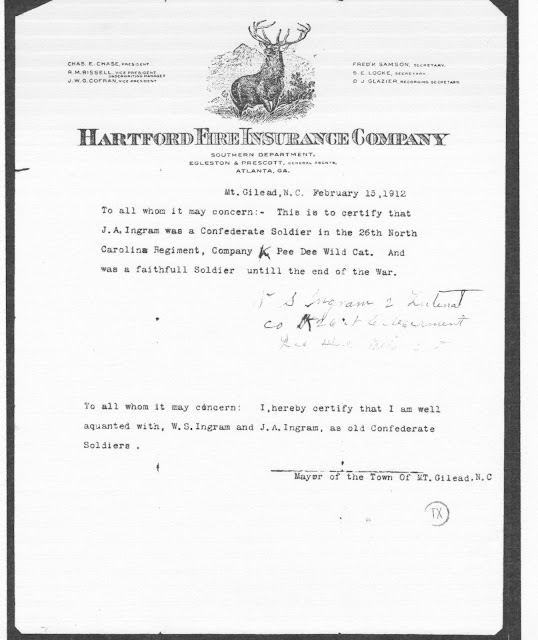 Letter from the Mayor of Mt Gilead, North Carolina testifying to the fact of Joseph A. Ingrams
and his brother W. S. Ingram's service in the Civil War as Confederate Soldiers and members of the PeeDee Wildcats.

Joseph Alexander Ingram was born in Cedar Hill, Anson County, North Carolina. By the time he was in his early teens, his family had moved to the bustling town of Wadesboro, County Seat of Anson. He returned to North Carolina from Virginia in 1865. His marriage to Martha J. Davis took place shortly afterwards.

In his 1929 statement applying for his pension, he stated that he had lived in Texas for 60 years. That would put the young families arrival there at 1869.

Joseph A. Ingram and Martha Davis Ingram had 6 children:

The youngest son of Joseph A. and Martha Davis Ingram was Van Swearingen Ingram. He carried on his shoulders the name of a thick Southern Stanly County, NC family, the Swearingen's, who had heavily married into the enormous Hudson family along Ugly Creek, a long trail of tributary water that poured soon into the Rocky. Somewhere in his mother or father's family tree, among the Crumps, Easley's and Ingrams perhaps was a Swearingen.

Van S. Ingram selected a bride from one of the top ranching families of Karnes County, the Butlers.
Ruth Ellen Butler was the daughter of Pleasant Burnell Butler and Sarah Jane Elizabeth Ammons. The following link is to memories of Cattleman and Gentleman, P. B. Butler.

The Story of Pleas Butler

Van S. Ingram and Ruth Butler Ingram became the parents of 3 children, two daughters, Elizabeth and Martha and one son named Pleas Van Ingram, for his father Van and his grandfather, Pleas Butler.

Pleas Ingram lived a shorter life than his father. He died of Tuberculosis of the throat at the age of 31 and had not yet married.

Daughter Elizabeth would marry a member of another reknown Karnes County family, Oklahoma Territory Sutton, a farmer and fiddler.

The Sutton-Taylor feud was so reknowned, they wrote a book about it.

So Van Ingram and his children were thoroughly embedded in the ranching and wild western lifestyle of turn-of-the-century Texas.

The youngest daughter of Van and Ruth was one of several granddaughters named for Martha Davis Ingram.

Martha Davis Ingram II was born on Feb 18, 1918, ten years after her sister Elizabeth and 13 years after her brother Pleas.
The Ingram girls were strong, independent ranchers daughters. Both married later than normal for the times.
Elizabeth married at age 46 and had no children of her own, but had step-children.

Martha Davis Ingram married Ralph William Letsinger, Sr. on an Army base in Greenville, South Carolina. She was 29.

Ralph William Letsinger was born in 1918 into a typical Texas family, son of John William and Mary Eliza Telford Letsinger of Lubbock, Texas. He enlisted in the Army on January 19, 1942 and after being released on March 6, 1943, he re-upped the next day on March 7, 1943. A few months later on July 17, 1943, he would marry Martha Davis Ingram at Donaldson Air Force Base in Greenville County, SC. Ralph and Martha would settle in her hometown of Kenedy, Texas. They would continue in the Ingram family business of ranching and farming. A subsidy list names their farm business as Escondido Creek, Ltd. 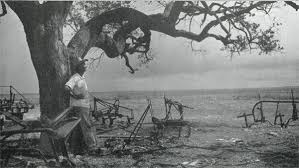 Ralph and Martha would have one son, Ralph William Letsinger, Jr. born a year after their marriage. 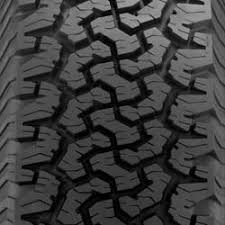 Ralph Jr. would grow up on the ranch and enter into the Farm Insurance industry, eventually founding his own business, B. F. Ram Inc. of Victoria, Texas, a Tire Manufacturing Company. He and his wife Carol Bard Letsinger would have 2 sons, the Rev. Bard Ingram Letsinger and Brek William Letsinger, who would follow Ralph into the family business of B. F. Ram, Inc.

Martha Davis Ingram Letsinger died on May 25, 2006, survived by her son Ralph and his wife, his two sons and 4 great-grandchildren.

Posted by Jobs Children at 9:16 AM