There were alot of Malones. This family seemed to have dipped its toes into every bloodline that came out of  'Olde' Virginia and spread their seeds throughout the South. There were also a good number of Chappell's, so James Chappell Malone of Limestone County was not hurting for relatives. However, Mariah B. Winfield Moffat (sans Booth) was not one of them, not a close one any way.

The will of George Booth, proved in 1763 in Sussex County, Virginia, mentions a good number of Malones, as there was a strong intermarriage between the families in that generation, so James Chappell Malone may have been a distant relative of Mariah, as George was her  great, great-grandfather, but not a close one.


The above Thomas Booth, mentioned as a grandson, was the grandfather of Mariah Booth Winfield. James Chappell Malone was the son of Thomas Chappell Malone and Mary Chappell. He was born on June 5,  1800 in Sussex County, Virginia and died September 8, 1863 in Marietta, Georgia. He married Eliza Frances Binford, another member of those grand Virginia families, and was the father of 9 children. Thomas C Malone was the son of Daniel Malone and Anna Chappell, while his wife was the daughter of Thomas Chappell and Elizabeth Tucker Malone. Thomas Chappell was the son of Thomas Chappell Sr and Mary Briggs; Elizabeth Tucker Malone was the daughter of William Malone (son of William Malone, Sr and Anne Tucker) and Mary Hill. Daniel Malone, father of Thomas C. Malone, above, was the brother of Elizabeth Tucker Malone and his wife Anna, was the daughter of Thomas Chapell, Sr. and Mary Briggs, meaning Daniel and Anna were first cousins and that James C Malones parents were both first and second cousins to each other, so while James C Malone was related to himself several times over, he was not in any way a close relative of Mariah B Winfield Moffett Booth. 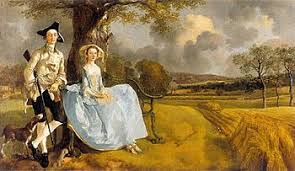 So, when Mariah took Robert Kernachan to court in 1843 and requested that guardianship be transferred from her uncle-in-law, Robert, to James C Malone, esquire, who was James to her?

He was then, a gentleman, likely someone she had met and trusted the integrity of. With this transfer, Mariah and her daughter Mary Ann Newland Moffett, had moved from Lauderdale County, Alabama, into Limestone County, to the growing little town of Athens.

A magnificent oration is given on the attributes of James Chappell Malone, Esq. in a section devoted to his son, Thomas H. Malone.

It says, "James Chappell Malone the father, as we have seen, was born in Sussex County, Virginia about twenty miles from Petersburgh, in about the year 1800, whence he removed with his family to the valley of the Tennessee, in Alabama in 1818. He married Eliza Frances Hardiman Binford, already mentioned, in whom was exemplified to a marked degree, that sweet, gentle repose of manner which characterized the well-bred Southern woman of the old regime. He was a man of mark both intellectually and physically and withall had such strength of moral and religious fiber -doubtless the heritage of his Huguenot blood- that the allurements neither of social prestige, nor of wealth, nor of leisure could swerve him from a life of deep personal piety."

Link to description of ancestry of James C Malone

The parents of James C Malone


The Vanderbuilt Quarterly also gives this description of Judge Malone's home in Athens, which Mariah had resided in after her departure from the Kernachan abode.

"When not more than forty-one or two years of age, ........he purchased a tract of some thousand acres of land not more than a mile from the town of Athens, Alabama, within easy reach of his plantations, chosen with reference to its situation, rather than its fertility. On it he erected a typical Southern mansion, attractive alike in the generous amplitude of its space, and the beauty of its architecture, and committing his plantations to the care of overseers, (visiting each one of them nearly every week), he devoted himself to the beautification and care of his home, to his orchards, etc, to the enjoyment of books and the chase, the rearing and training of his children, and to that dignified leisure that sat so well upon the Southern planter of olden time. To his home, he gave the name Secluseval."

A citizen of Athens gives this description of Secluseval:

"The typical roomy elegant home, of his then wealthy, aristocratic parents, was noted for its lavish, genuine, but unostentatious hospitality. It was one of some half score homes in or very near Athens, noted for the honesty of purpose, refinement, culture and learning of the indwellers; the homes of the Colemans, Vassars, Richardsons, Malones, Featherstones, Lockharts and a few others." 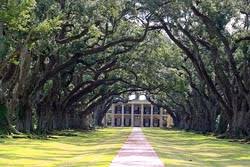 So we see that the home where Mariah and her young daughter moved to was one of comfort and owned by a wealthy Southern gentleman with the old Virginia ties of her own family. Judge Malone did for Mariah one last favor and that favor would last for decades and allow her to be found.

Posted by Jobs Children at 2:48 AM