The Obituary of James Edward Howell

J. E. Howell was the youngest son of Peter Howell and wife Elizabeth Floyd Howell. James Edward (or sometimes seen as Edmond), was the one who stayed, who did not move west, who bought up the portions of his father's farm from his siblings who moved west, his unmarried sisters, and even his sister and brother-in-law, Julia and J. F. Capron, who settled around New London in Stanly County.

His father Peter Howell, before him, over time, had also "bought back" almost all of his father Richard Howell former property, who had died young in 1802, and had originally been one fourth of the Peter Winfield plantation, which before that had belonged to Hugh Ross.

J. E. Howell was very respected in his community of "Wharf" along the Rocky River on the Anson/Stanly Count border. He was active in his church, Concord Methodist, and a leader in the community. 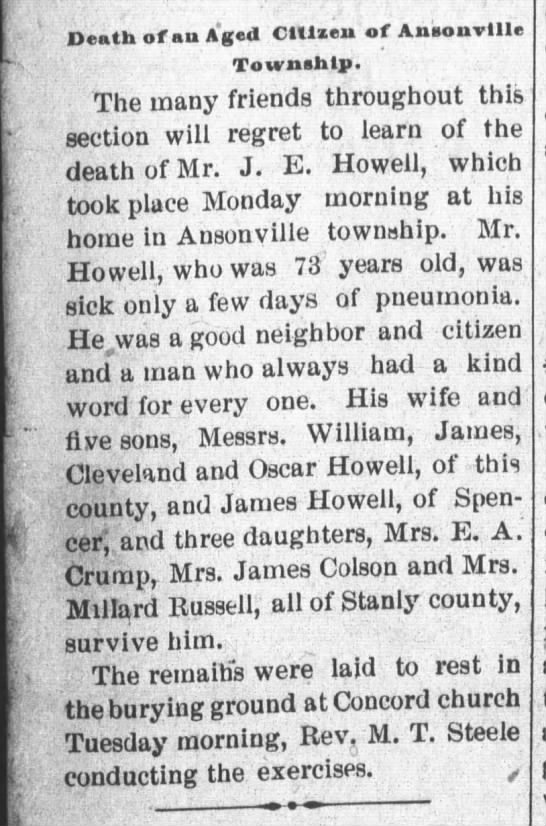 
Although listed above, he and wife Sarah Frances "Fannie" Andrews Howell were the parents of the following children: 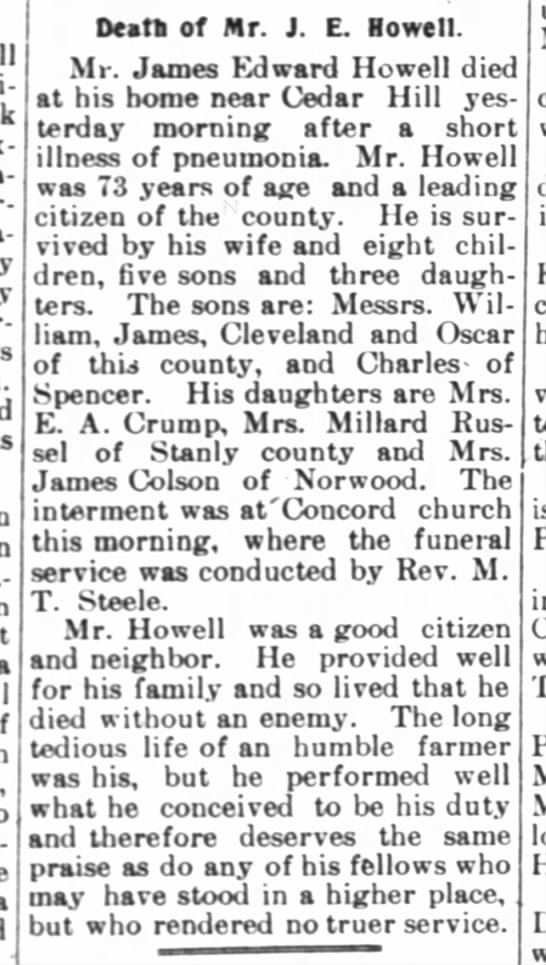