More Links in the Howell Chain: The Hough Connection

Again, from curiosity, I have been following a trail of breadcrumbs, and they may very well lead to a Candy House. 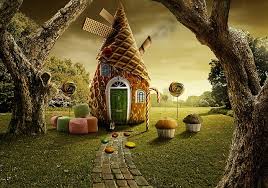 Taking what I do know and adding it to what I find, I hope to find more. In attempting afresh to solve the mysteries of the Howell family in the Anson/Stanly/Montgomery County area, I found the following land records:

Nov 24, 1811  Warrant 6930 Will Stone to David Kendall for 50 acres. Joins Samuel Kendall & John Palmer on SWside of Yadkin river & waters of Long Creek (note: there has been a long-heated debate over where the Yadkin ends and the PeeDee begins, but either end of the arguement lies in along the Stanly/Montgomery border. Some say the PeeDee begins where the Uwharrie River runs into the Yadkin. Others claim the PeeDee does not begin until the Rocky River runs into the Yadkin. Long Creek runs in just up above the Rocky, so even though this particular record says Yadkin instead of PeeDee, the area it speaks of is normally considered PeeDee and lies between the Mouth of the Uwharrie and the Forks of the Rocky/PeeDee.) Begins at a red oak on West side of a hill, joins James Palmer, James Howell, & Samuel Kendall; David Kendall and John Kendall chain carriers.

These two records are followed by two more involving nearby tracts and members of the Kendall family. They mention Edward E. Kendall, David Kendall, Jephthah Kendall, John Parker as being a neighbor, George Kendall and Thornton Kendall.

These adjoining properties appear to be a division of a larger property among related descendants. I am a direct descendant of James Palmer through his daughter Martha who married Henry Davis. Henry Davis's first wife was a Kendall, daughter of Reuben Kendall. His mother's first husband was a Howell, and notably, supposed brother to the first named Jordan Howell.

People of the same name living next to each other is proof of nothing if you are looking for absolutes and documentation. In the land of common sense, where you are looking for connections, leads and possibilities, you learn that most people of the same surname who lived on connecting properties and had business dealings with each other, where related. Exactly how becomes the question.

I would bet, but did not know, that David, William, Jephthah, Samuel, John, Edward E. and Thornton Kendall are all related. A quick query into any local Kendall family research proved that they indeed were related and had migrated, along with many other families in that area of the county, from Virginia. Some of them, as with other families, would eventually migrate further south and west. Jephthah, in particular, migrated to Tennessee.

Now, going back to the earliest land records, it appears that Thomas Howell and James Howell ended up living on the land that Jordan Howell originally possessed. Stanly County was a part of Montgomery County until 1841. There were multiple courthouse fires over the course of time, some possibly acts of nature, others absolutely acts of arsonists who did not want a record or records known. Therefore, a will or even some land records where the property passed from one generation to the next has been lost.

The 1810 census shows an increase in the size and wealth of the family:


Then also is the marriage license between Thomas Jordan Howell and Regina Moore,
dated January 24, 1856 with William Hough as a witness.

Also connected is this guy from Illinois.


He is explained in the following link, where he is mentioned in a book on the History of  Custer County, Nebraska.

Preston W. Hough: History of Custer County, Nebraska
Preston was not the only member of the Hough/Howell family to make it into a history book. William T. Hough is mentioned in The Encyclopedia of Illinois.

And then the following newspaper article from The Wadesboro Argus,  1906, helped pull it altogether.

Posted by Jobs Children at 6:41 AM