Sentimental Sunday: For the Love of Patrick Ramsey

Sometimes stories of the heart make the most endearing news. The following article from the July 18, 1912 edition of "The Montgmerian", out of Troy, North Carolina, was one of those warm and fuzzy stories, with a dash of melancholy.


It struck a chord with me first, because the surname of the individual in the clip was one I have been researching, Ramsey, due to my ancestors Samuel Ramsey and his father Starky or "Stark" Ramsey.

The gentleman's name was Patrick Ramsey, and was from Anson County, North Carolina.

Patrick was born in the Gulledges section of Anson County in 1863 or 1864 to Holcomb Ramsey and his wife Harriett Bennett Ramsey. The Ramsey's had a large family that spanned several generations, as Mr. Ramsey had children born while he was in his 60's. The object of Patrick Ramsey's unrequited attention was Miss Eliza Tillman, who was also born in Gulledge, nearly two decades later, to Mr. Henry Sidney Tillman and his wife, Sophia Bennett Tillman. 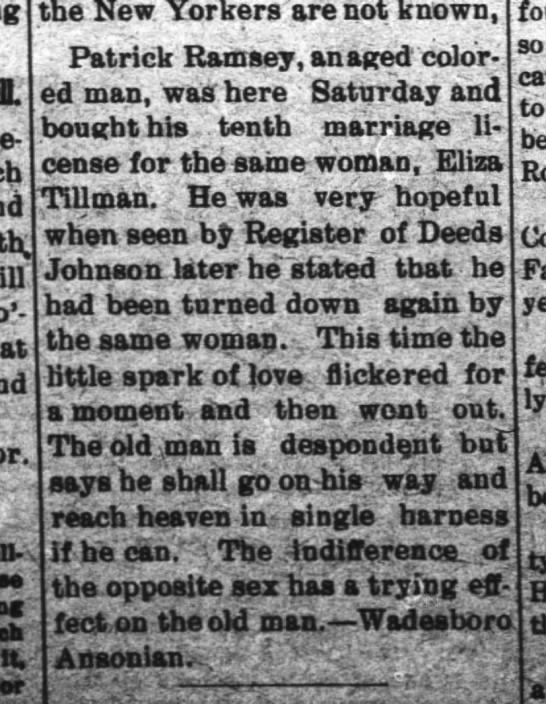 Having been struck by the heartfelt endurance and hope in Patrick persistent love for his "crush" Eliza, I decided on a whim, to see if I could find out anything about the couple through records. 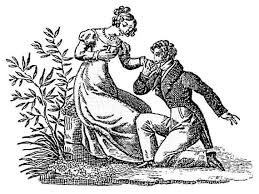 Patrick, born around 1863 or 1864, first shows up in the 1870 census as a 6 year old son, in the home of "H" and Harriett Ramsey. Having first found Patrick later in life and working backwards, I knew that the H stood for Halcomb, as his parents were listed on other records as "Haltomb", "Malcolm" or "Hartman" Ramsey and wife Harriett. They always managed to get the Harriett right, but had problems with his father's name. His Mother's maiden name was Bennett. 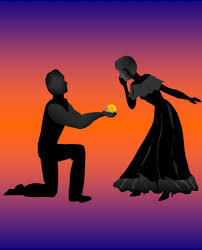 Patrick loved not only Eliza Tillman in life. As a young man, he had married Miss Mary A. Horne. He was 22 and she was 21, the daughter of Cindy Horne.


Patrick Ramsey had been fortunate enough to find a good job. He worked on the railroad. It allowed him to travel and support his wife. In 1900, he was boarding in Chester, South Carolina. As Anson County is on the SC/NC line, people crossing the border was no more unusual than being found in the next town.

1910 found him in all liklihood in Roanoke, Virginia. He must have worked for a North to South line.

Eliza Tillman also grew up in the Gulledges area of Anson County. In the 1880 census, she is shown as a child, surround by a number of families named "Little", which was the same situation for Patrick in 1870.

This census gives her a birth year of 1873, about 10 years younger than her marriage license. But the parents are correct. Maybe Miss Tillman was shaving a bit off of her age as women had a tendancy to do in these records.

After the newspaper article in July of 1912, maybe Miss Tillman, 20 years younger than poor Patrick, was moved by his persistence. They were married on July 9, 1912. Eliza was the daughter of  Sidney and Sophia Tillman. 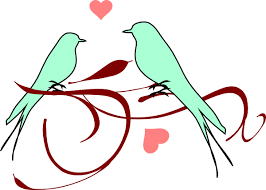 Sadly, Patrick and Eliza's marriage did not last long. In 1915, at the age of 52, Patrick died of Bright's Disease. His death certificate records his as being a railroad worker and being married. 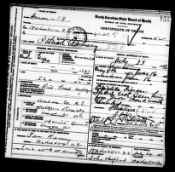 So what happened to Eliza after Patrick's death? She remarried to a Mr. John Allen, about a year later.
. 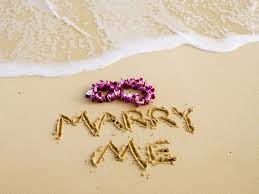 The name of Eliza's father, Sidney Tillman, assures that this was the right Eliza Ramsey. She was not Mr. Allen's first wife, nor was she his last. 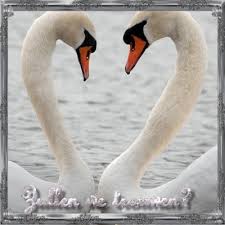 Eliza's marriage to John Allen ended on November 20, 1918, when at the age of 45, she died of uterine cancer. Both of her marriages lasted about 2 years each. There is no indication that either she nor Patrick Ramsey, had any children. John Allen did, however, amongst his several marriages. 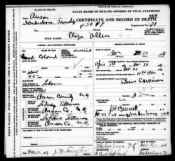 Note: On the actual death certificate, the "fe" in front of female is smeared, so the transcriber was not paying a great deal of attention to what they were doing. The parents of Eliza are correct and a male would not have uterine cancer. 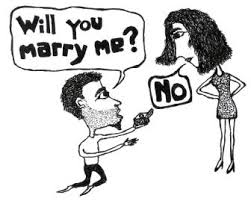 So with that, in just a few short years, ended the love story of Patrick and Eliza. he spent the last few years of his life, from July 1912 until his death in 1915, married to the love of his life. To the lady he had proposed to 10 times with an answer of "No" the first 9, and finally a "Yes".

Posted by Jobs Children at 6:35 AM