This is a subject that has me perplexed. I know Henry Davis passed away sometime between 1862 and 1865. His brother, Edward Winfield Davis had him declared insane and took over his affairs far before the 1860 census, wherein Henry and his wife Martha are shown living with their children in, I believe, Ridenhour Township. Only the younger daughters, Martha, Mary, Laura and Victoria, are living there and none of the sons.

He is seen living in the Tyson area of Stanly County, judging by his neighbors.

Second son, John Edward Davis, also the grandson of Reuben Kendall, and also already married, is now living in Anson County, near the family of his wife, and is already the father of 4 children. 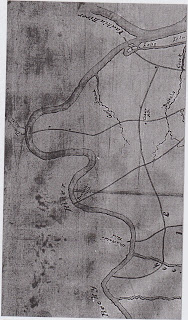 Likewise, oldest daughter, Nancy Baldwin Davis, and first child by second wife, Martha Palmer, has became a new bride and the third wife of James Wall, just a year prior, in 1859. He has carted her off, with crying and protests, away from her family to Blackhawk, Mississippi.

Younger sister, Sarah Francis Davis, had also became a wife and stepmother to an already existing family, when in 1858, she married widower Woodson D. A. Crump, and by 1860, had already given birth to her first son, Woody. The Crumps lived just across the river from Norwood, Stanly County, in Cedar Hill, along the Old Market Road to Wadesboro, before you get to Ansonville.

The oldest son of Henry and Martha Palmer, Hampton H. Davis, is seen living, along with Allen Carpenter, with his uncle, Edward Winfield Davis, in what evidence would seem to indicate, at the old Davis homestead that belonged to his grandparents, Job and Sarah Davis, who had passed in recent years in the 1850's. While Hampton and younger brother, Horton H. Davis, both shared the initials "H. H. Davis", Hampton is shown as 10 in the 1850 census, and Horton H. as "Augton", much younger, born in 1846. So while several have tagged this as Horton H., it's really Hampton H. whose name as it appears in his Civil War records was actually "Henry Hampton Davis", but in those days Christian names appear to have been interchangeable at times.

The younger girls, Martha, Mary, Laura and Margartet Victoria, show up as living with their parents, but where are the two younger sons, Horton H. and Job, in 1860? Could they have been at school?
A record of Rocky River Baptist Church showed Hampton, the older brother, and his nephew, William Postel Davis, son of John Edward, both attended there.

And they certainly were not dead. Horton "Haut", is my direct ancestor and lived to marry and have a large family and Job clearly shows up later in Missisippi, living with the Walls, his oldest sister's family.


Henry dies during the next decade, his estate being settled in 1865 with son John E. Davis as Administrator. His estate records give zero clues as to his other children, or his widow, or even his cause of death.

1870 finds Frank Davis in Tyson township, probably on the Boone-Caudle Road property where he remains to this day. He and Julia have 6 children and Frank is 40.

John Edward Davis, second born, is in Burnsville. He was a minister.
I wonder who the two children, Martha and George, who are described as a housekeeper and a farm hand, are and how they are connected to the family. Martha is white and George is black and there is no guarantee that they share the same surname. I believe the surname was just omitted.

Oldest daughter, Nancy Baldwin Davis Wall is in BlackHawk, Carroll County, Mississippi, where she will pass away in April of 1880


Third son Henry Hampton Davis, who also served in the Civil War with his older and younger brothers. By 1870, he has married a widow, Ann Eliza Allen High, the widow of a deceased Civil War solider, Anderson. The names of two of the children are incorrect in the census as "James D. Davis is actually James Darling High and the two year old "Emily High" is actually Emma M Davis, Hampton's daughter.
Hampton settles in Burnsville, Anson County, just across the river from his family in Stanly, along with his brother John E. Davis. 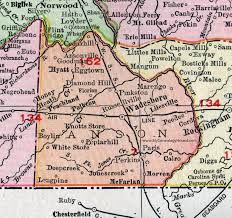 Second daughter, Sarah or "Sallie" Davis has added children to the already large family of husband Woodson Crump. This entry was full of transcription errors due to a difficult to read handwriting by the census taker, "Lallie" is really Sallie and the 18 year old "Lorah" at the bottom of the list actually reads "Laura" and is Laura Davis, Sallie's sister, so that locates two more daughters.


Fourth daughter, Martha J Davis Ingram, has married Joseph Alexander Ingram of Anson County and the 1870 census finds them in  Panola, Texas. Their first two children, Nannie Stephens Ingram and William Henry Ingram, have been born. Like the middle name "Baldwin" from her older sister Nancy, the middle name of "Stephens" seems to be one passed down the Palmer line. 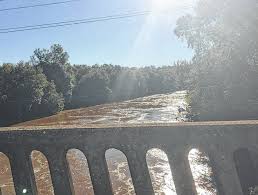 Fourth son, Horton H Davis aka "Haut" or "Hawk", has taken up residence with his Uncle, Edward Winfield Davis, as his brother Henry Hampton did in 1860. The difference between these two "H. H." is that Hampton was born in 1840 and Haut in 1846.

From Sarah (Sarah Hortense) Davis on down, it states "at home" for H H Davis and Mary Hartrick. Priscilla Legrand and George Crump as both listed as "Domestic Servants". So H. H and Mary were both family members. H. H. was, of course, the nephew of E. W. But who was Mary?

Rebecca, wife of E. W. Davis was born a Hathcock, daughter of Soloman and Lovina Rummage Hathcock.  Did she have an older  sister named Mary? The answer is "Yes she did". Could this Mary be her sister?

Well, let's look at that.

Mary was definately with the family in 1850 and 1860, when Rebecca was a small child. 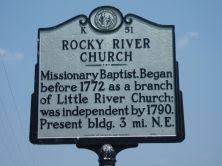 As far as where Mary was in 1870, some Hathcock families have her as marrying William M Hinson in 1859 and starting a family with him.

William M. Hinson most definately married a Mary Hathcock, as evidenced by his childrens records naming their mother later on, but I am not so certain it was this Mary Hathcock. The age is right, and no marriage license exists, that I can find. He did not marry in Stanly County.


My doubts derive from the estate records of Solomon Hathcock after his decease in 1885. Solomon lost both sons to the Civil War. His estate was administered b y sons-in-law Edmond Almond and James M. Palmer. They are mentioned, along with widow Vina or Viney, with their wives. Adaline married Ed Almond and Nettie (also seen as Benettie or Neatie, which I belive was derived from Bethany or Bonita) married James Monroe Palmer. Also mentioned is John T. Crump who married Rebecca Hathcock Davis after E. W. Davis died, and R. A. Anderson who married Martha. Mary is not mentioned in the estate records and the Mary Hathcock who married Bill Hinson was very much alive. In Lovina's estate records, Martha is a Hatley, having married Phillip H. Hatley in 1888, presumably after the death of Dr. Richard A. Anderson Jr, her first husband, whom she married in 1877, a nephew of Dr. Richard A. Anderson Sr. Martha had one son, James Solomon Hatley.

The estate records listing family members and neighbors who owed money to Solomon Hathcock, is digitized at digitalnc.com and has a wealth of infomation concerning the people who lived in that area of the county during reconstruction who owed Solomon rent or other. The link is above.

There is often mention of a "T. A. Hathcock", in the record. That was Solomon's younger brother, Thomas Alexander Hathcock, both were sons of Jesse A Hathcock, Sr.  and Catherine Elizabeth Whitley Hathcock.

Still, no mention of Mary Hathcock Hinson, which leads me to believe she was a niece, not a daughter. So, the Mary Hartwick or Hathcock living with E. W and Rebecca could have been her sister. In a closer look at the actual census takers handwriting, it's clearly an H and ended with a K, with a "T" in the middle, but no apparent "h" following it, which looks more like Hartrick, and there was a family of that name in the area in those years.

Otherwise, it is unknown what happened to Mary Davis, daughter of Henry and Martha. The Palmer histories suggest she may have married a Smith, which is a difficult name to research. As many others of the family migrated west, finding a Mary Smith of the same age is like looking for a needle in a haystack. Both names too populous.

With the exception of Mary, that leaves the youngest son, Job and the youngest daughter, Margaret Victoria Davis, unaccounted for in 1870. Job is not to be found, yet he turns up with the Wall family of his Nancy in Carroll County, Mississippi in 1880. Magaret Victoria is not to be found in 1870, either, yet she marries the stepson of her sister Sallie, William Pines Crump, in 1876 and shows up as a wife and mother in 1880 living in Tyson Township, Stanly County.

Also missing is Henry's widow, Martha Palmer Davis, whose obituary appears, like that of his mothers, in The Southern Christian Advocate, clearing naming her as the widow of Henry Davis of Stanly County and the daughter of James Palmer and giving her date of death as July 16, 1879. So she was somewhere in 1870, just missed. 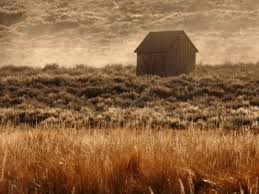 I have not given up hope of finding these missing leaves off the family tree. They may have been living in another household and mistakingly given the wrong surname. They may have been somewhere we wouldn't think of looking. Something also tells me Mary did not die as a young woman, that she married someone and is waiting to be discovered.

Posted by Jobs Children at 4:31 AM