While researching the families of the siblings of my Fourth Great-Grandmother, Sarah Winfield Howell Davis, I often discovered they led interesting lives and traveled greatly. But sometimes, they seemed to disappear into the wind. 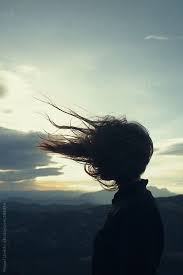 Oddly, at times, I feel a lingering tug, some little voice in my ear that tells me that their story did not end there, at whatever brick wall I may have stumbled upon while trying to find them.

That was the case in the family of Ancena Winfield Morrison Avett, her sister and my Fourth Great-Grand Aunt.

Sometimes you have to step away and revisit things at a later date and with a fresh approach. And that is exactly what I did one day last fall.

I was attempting to discover the final resting place, and perhaps a date, for the demise of Ancena. What I found instead, was her daughter, Euxena, or Erexena, as this lady with the unusual name, is found with multiple spellings and misspellings of her moniker.

While these Exerena's were from New York, ours was from North Carolina and her mother, Virginia.

In North Carolina, not much was found of her, save her marriage record in 1822 in Anson County to George Singleton of Montgomery County.


Then there is the land division after the death of James Morrison, and the division among his children and widow, all listed in Anson County records, and the deed wherein George Singleton and wife "Euxena" sell their inherited property to Richard Randall


But after that, Euxena had disappeared into thin air. The census records and most land exchanges did not list women, and I could not find George Singleton anywhere.

Then I took a closer look at the children of Ancena who I knew had moved to Tennessee, Thomas Avett Jr. , Alfred Morrison, Margaret Morrison Scarborough, Annabelle Morrsion Beard. 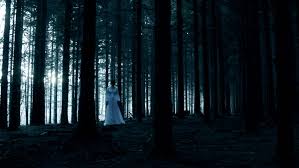 Sometimes, a scan of the actual census record and the adjoining pages, can reveal a great deal.

The family was all in Anson County, NC in 1830, but by 1840, they had migrated to Tennessee. It appears that Ancena went with them, as the oldest female in this census record of Thomas Avett, Jr.

I have not determined if Thomas Avett, Jr. was her son or stepson, as she did not marry Thomas Sr. until 1819.

It also appears Ancena was living with them in 1830 as all were a decade younger.

In and of itself, it would have probably be missed, this family in House number 1383,

But in House number 1382 was "Ann B. Baird" or Annabelle Morrison Beard/Barid, daughter of Ancena Winfield Morrison Avette and widow of John Beard, with her younger children, Ann E, 19, Edwin L. 15, William H. 16 and Margarite A. 13.

Not only that, but just above this family was the family of Abraham Scarborough, 49, his wife Margaret, 44 and their children, Alfred, William, Jane, John, Lemuel and Thomas. Margaret Morrison Scarborough was also the daughter of Ancena and James Morrison.

The Sisters had stuck together. This was Erexena Morrison Singleton and an additional supporting fact, was the addition in the household of a 28 year old Jane Singleton, who obviously had to be the daughter of Erexena and her first husband, George Singleton.

Erexena obviously was widowed young, with the little daughter Jane, and married Robert G. Duke in North Carolina, where their children were born. They afterwards migrated to Fayette County, Tennessee to be with her family there.

We learn more of Erexena through her children, actually, most notably her son, Robert Spain Duke, the 17 year old in the 1850 census.

He and his family moved to Lonoke, Arkansas, which turned out to be a popular relocation spot for multiple branches of the same family tree that migrated west.

His biography appeared in Biographical and Historical Memoirs of Lonoke County, Arkansas published by Goodspeed Publishing in 1889.

The biography goes on to tell how Robert Spain Duke grew up in Tennesee, married twice and had 5 children, three by the first wife, two by the second, served in the Civil War and established himself well in the community.


Further research reveals that this article may have been mistaken in the Grandfather of Robert Spain Duke. The story of the American Revolutionary War veteran, who lived to be nearly 100, sounds like my ancestor, James Duke, who settled in Stanly County, which was part of Montgomery County for most of his life, and lived to be nearly 100. Records of Robert G. Duke, put him in the right area, at the right time, to be the son of James Duke, and brother to my ancestor Elizabeth Duke Lee, not the son of some illusive and undocumented Robert. So, it is my belief that the writer simply got the grandfather's name wrong, it being James, not Robert.

So Erexena shows up in her marriage license to George Singleton, the land division after her father, James Morrison's death, the sale that land to Richard Randle, and the 1850 census.

Most likely, George Singleton died in North Carolina and Erexena and Robert G. Duke married here, as all of her children, including the youngest, Lucian, in 1840, were born here.

Erexena Morrison Singleton Duke's date of death is given as 1856 in Fayette County, Tennesse, by her sons' biography. Her place of burial is unknown.

By dashes on the older census records, it appears there may have been 2 more children, a male and a female, born between Jane Singleton in 1822 and William D. Duke in 1828. It is not known if they were Singletons or Dukes or if they were living in 1850, just as adults and not with the family, or died as children. Another odd clue is Robert Spain Dukes' biography naming him as the 4th in a family of 9 children, implying the two missing children came after his birth, as he is fourth in the known lineage of Jane, William, Christina and Robert Spain.

So as follows are the 7 known children of Mary Erexena Morrison Singleton Duke, daughter of Ancena Winfield Morrison Avett and granddaughter of Peter Winfield and Charlotte Freeman Winfield.

Addendum:  Shortly after publishing this post, I immediately began researching the daughters of Erexena Morrison Singleton Duke. Eliza came quickly. In the 1870 census, she is shown living with her father at 35, and a farmhand named John Thompson.


That year, on Christmas Day, Eliza was married to John Thompson by Rev. W. P. Simmons, a family member and son-in-law of her mother's (half or step) brother, Thomas Avett.

John Thompson ended up being Jonathan Wilkerson Thompson, born in 1846, the son of George H. and Sarah T. Davis Thompson. He grew up in Center, or Norwood, the brother of David King Thompson, who was well established in that area.


They are buried at Oak Grove Cemetery in Austin, Lonoke County, Arkansas.

Posted by Jobs Children at 2:22 PM