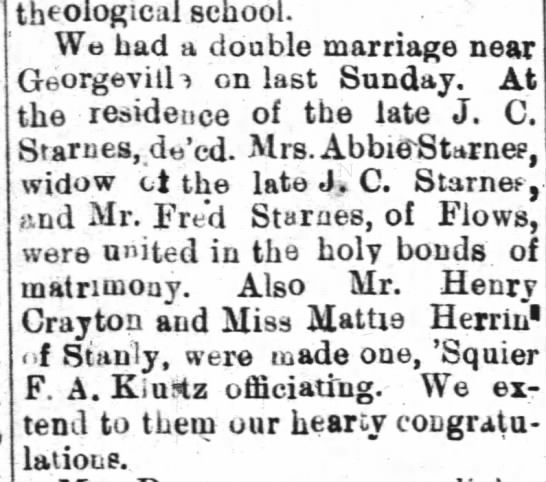 What a pleasant surprise, while trying to find information on the death of his father, Frederick Starnes 1805- after 1880, I found this article on the marriage of Frederick Fincher Starnes to his second wife Abigail D. Furr Starnes, widow of John C. Starnes, who was a relation of F.F. Starnes, but I've not determined exactly which. At this point, it seems like a first cousin relationship.

It was interesting to see the wedding took place at the home of Abbie Starnes, which was in Stanly County, and was a double-wedding, with their friends, Henry and Mattie.

While searching for a little more information on Henry Crayton, and Mattie Herrin, I found some surprising connections that deserve a closer look.

First, to look where they were in the 1900 census, the closest after the weddings, revealed a few surprises.


While looking at the actual document, it appears "William Slains" is actually William Starnes, living in the Crayton household. Who was he? Then, by looking at neighbors, I saw Levi Blackwelder, a name I recalled from the division of Property of  Nathan T. and Margaret Starnes. Then I recalled that one of Nathan T. Starnes daughters, Martha, had married a Crayton. Further research revealed that the young William Starnes, was the youngest son of Nathan T. Starnes. Henry D. Crayton was the son of William's older sister, Martha Jane Starnes Crayton, was Henry D. Crayton's mother, so William, abeit younger, was his Uncle and Abigail, who married F. F. Starnes was the widow of William and Martha Jane's brother John C. Starnes. Is that confusing enough? 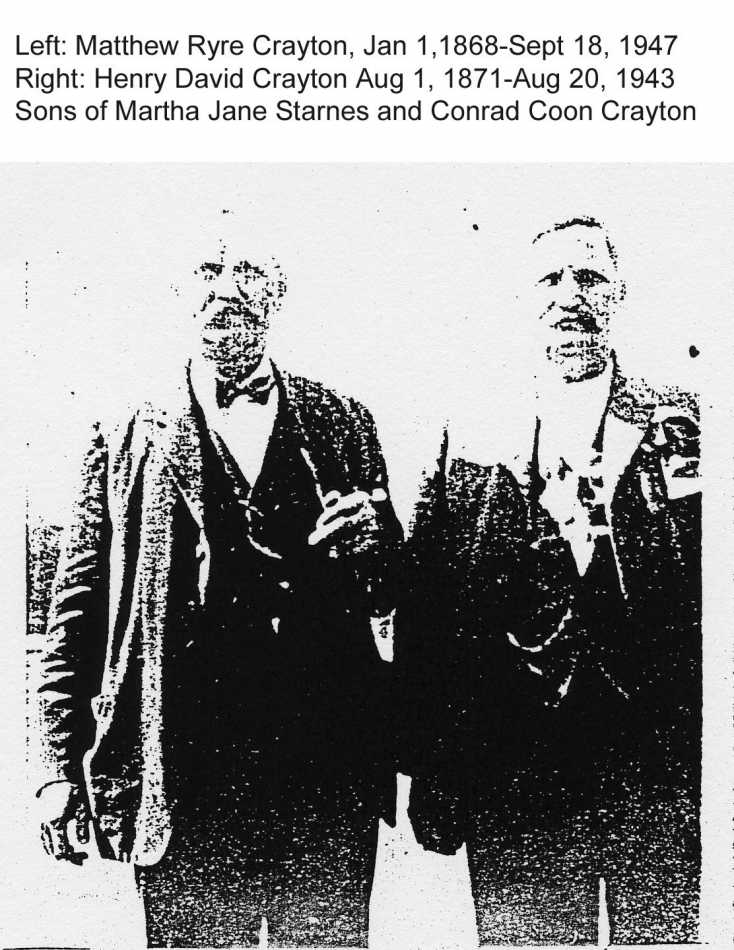 If not, there is an added twist. Mattie Herrin, whom Henry David Crayton married, was the daughter of  Eli Ransom Herrin and Jemima Motley Herrin, whose brother Joseph Herrin, would marry Daisy Starnes, daughter of Frederick Fincher Starnes. He would later change his identity, and I have blogged on that. I've also featured a blog post on their mother, Jemima Motley, and her unfortunate incident with William Murray, another relative of mine.

The world of this area and this place was sometimes very small. That is why I feel that mysteries, at times, must be right in front of our eyes, because everyone was so interconnected. The best place to look is at times, right within the family itself.

Speaking of mysteries, I wonder greatly, what very laughable joke the newspaper referred to in the below paragraph. Perhaps we will never know.


The beautifully imagined image of this country double-wedding of relatives was over-shadowed by the sadness of two events that preceded them.

Both Fred and Abby had been widowed not that long before their marriage to each other. The papers spoke of the illness and death of their spouses. 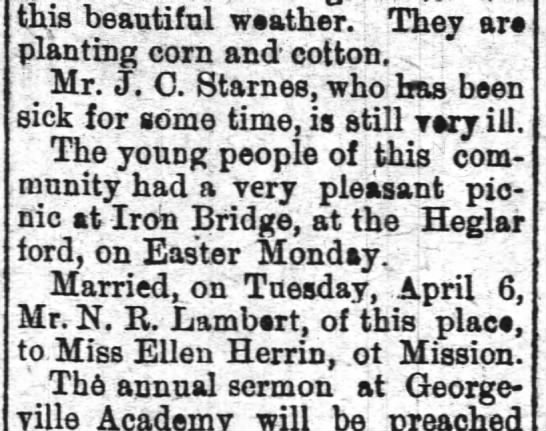 The family seemed to dwell very closely to the Cabarrus/Stanly line.

The below obituary is that of my Third Great Grandmother, Mary Louise Byram Starnes, Finche's first wife.


The look for anything on the death of F. F. Starnes father, Frederick Starnes, who lasts appears in the 1880 census, continues.

And a closer look at Nathan T. Starnes, of Stanly County, may reveal more of his exact connection to my line and open a few other doors. One never knows.

Posted by Jobs Children at 6:16 AM