In my previous post, I simply looked at a few land records involving Howells in the Montgomery/Stanly County area. I did not look at all of the Anson County Howells, Anson was an expansive piece of property at this time.

Mostly interested in James, John and Thomas Howell, who obviously lived in what is now Stanly County.

The only Howell living in Montgomery County in 1790 was James Howell.

5 Howell households: James, John, Thomas, Jordan, Paul.  Paul went would soon migrate to Stewart County, TN along with many of the Kendall family and relatives of the Winfield family, the Manley's.

Born between 1756 and 1774.  Only his oldest daughter Tabitha, had been born by this time. 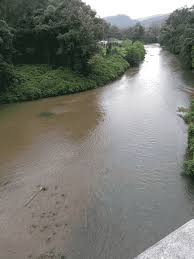 The only other Howell in the County was Jordan, and I know his family structure. He was in Capt. James Kendall company, the southern part of what is now Stanly County. 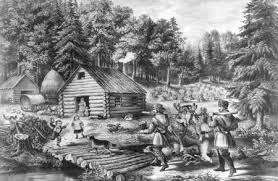 Jump forward 20 years.  There is no 1820 census. There are 6 Howell families in Montgomery County. Three on each side of the river. The only one of the 1810 group left is Thomas. Paul moved to Tennessee and Jordan passed away, leaving his widow Martha. On the West Pee Dee, or Stanly County side of the river, are Martha, widow of Jordan, Thomas and a Polly, which is the Mary Howell found in land records, in association with William R. Howell. On the East side of the River, or present Montgomery side, is Newton Howell, merchant; James, who is the younger James, born in 1797 and who enlisted in the Civil War as a wagon driver at age 67 and later moved to Illinois, and a Jesse Howell, who is new to the club.

Newton Howell was born in 1804, according to the 1850 census, in North Carolina. 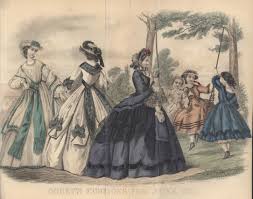 JESSE HOWELL
Jesse Howell was born between 1770 and 1780, but only appears in one census with a large family. 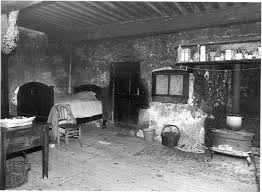 1840 brings a bunch of new faces to the census, all in West PeeDee, or Stanly County.

Martha, widow of Jordan and her oldest son John are here.There is Yancy, David and Randle. Newton makes his second appearance as does Mary Polly Howell and William R Howell shows up.

James Howell is now in Anson as well as a Matilda. 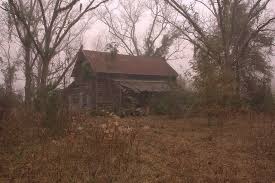 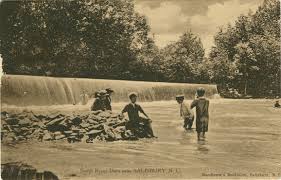 Thomas Howell's name is miss-transcribed in the 1840 censu, He is in his 80's and his wfie is in her 60's and they have a young boy living with them. 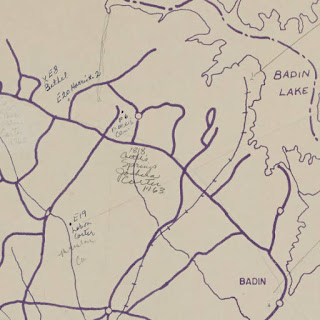 This portion of a map from Stanly County shows a few of the locations of early land grants. This one show the location of Labon Carter and Joshua Carter. 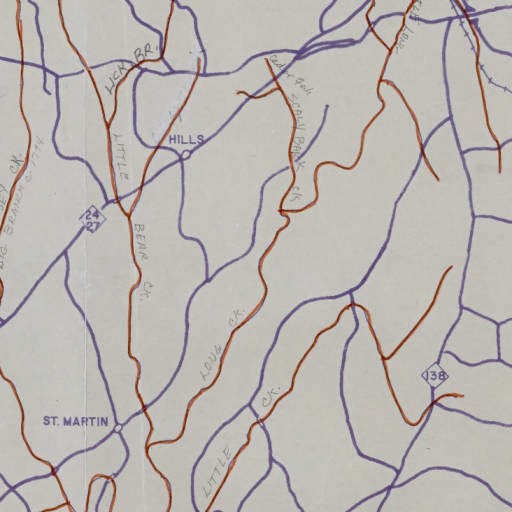 This map shows the location of Little Bear Creek in relation to Long Creek. 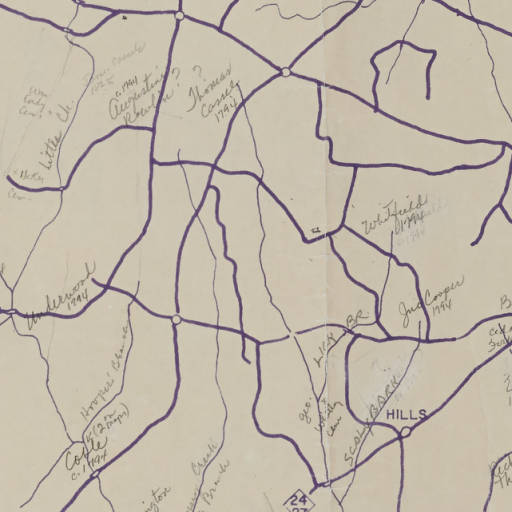 This section shows the 1794 "Underwood" tract and the location of Hooper's Branck and George Whitley on Lick Branch. These names were mentioned in the early records with James Howell, one of the last stated that Joseph Underwood's new property adjoined "James Howell's old line.

In 1810, James Howell moved from this area near Endy, Stanly County, according to a Grant, to a tract of land above Frances Locke and Letty Randle.

Job Callaway and Susannah Randle Calloway are also ancestors of mine. In a history of the Calloway family, it is mentioned that Job and his wife, a daughter of Colby Randle, lived in the Mountain Creek area, and in 1814, for his service in the war of 1812, recieved a grant for land situated above that of Franis Locke and Letty Randle. This land is in the "Harris" township area of the County.

From all of the information sorted through, I've been able to put together a possible scenario of the "Cloverfork Creek Howells"

1) James Howell moved from the Little Bear Creek "Endy" area of Stanly County in 1810. He was the only Howell in the Montgomery/Stanly County area in 1790.

2) Thomas and John Howell also live in the Cloverfork Creek area with the Carters, Palmers and Nobles as neighbors.

In between November of 1838 and January of 1839, a Petition was taken by the residents of Montgomery County to divide the county in two, in order to lessen the danger of crossing the Yadkin/Pee Dee River to attend court, etc.

On this petition were the following Howells:

David Howell (shows up in the Harris area in 1850)
Newton Howell (in Lawrenceville, previously, was crucial in the founding of Albemarle in Stanly County, later. His son had several financial dealings after his death with William R. Howell and Williams son John Travis Howell.
Richard Howell (son of Jordan Howell I)
Thomas Howell (this shows Thomas was still alive until at least 1838).
Jesse Howell (Jesse Howell only appears in the 1830 census with a large family. This shows he was at least in Montgomery County until at least October of 1838, when he signed it. He was in the company of Jacob Jordan and Duncan McCaskill, which suggests he was on the Montgomery or East Pee Dee side of the river. 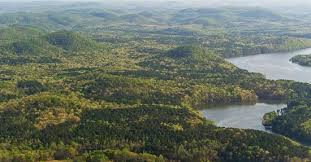 4) William R. Howell and David P. Howell later show up living in the Cloverfork Creek area. William R. Howell is shown in the same land records with Mary Howell twice.
David Howell has Judith Howell in her 70's living with him in the 1850 census.

5) This is what would make sense for the Cloverfork Creek Howell's.

John, Thomas and Paul, who moved to Tennessee could have been sons of James Howell.

Thomas married Judith, who appears twice in the 1850 census. One month, she is living with James Howell's wife Sarah Moore Howell, a few months later, when another census taker comes around on the Stanly County side of the river, she is living with David Howell.

John and Mary Howell are at least the parents of William R. Howell.

Richard and Jordan Howell do not appear to be connected to the Cloverfork Creek Howells in any way.

This is just the beginning of a theory.

Posted by Jobs Children at 5:54 AM