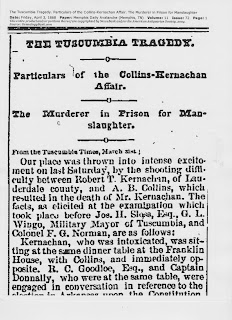 Robert Thomas Kernachan II was born in Lauderdale County, Alabama in 1827. He was a young man with a great burden. Named for his uncle, and perhaps a further back relative, he was the son of Abraham Kernachan, who had arrived as a teen  from Corrigan, Donegal, Ireland to Philadelphia, Pennsylvania, and had traveled first to Tennessee, where he probably arrived to the Colberts Reserve area of Alabama with a group, perhaps of Indian fighters in the wars with the Creek, and in 1822, claimed 22 patents in Lauderdale County, Alabama.

Robert Jr's father passed, his mother Martha W. Booth Kernachan married his like-named Uncle, and young Robert became the only male heir to a household of nearly 90 souls and a massive amount of land near Muscle Shoals, Alabama.

In the 1850 census, he is shown as living Next door to his Uncle Robert, by then a widower. 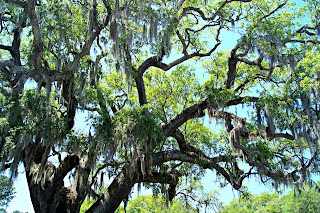 In 1854, Robert marries a relative, Ann Elizabeth Ellen Simmons.  Ellen Simmons was the daugther of John J. Simmons and his wife Rebecca Ann Charlotte Jones. Recall that Rebecca A. C. Jones was mentioned in the will of Rebecca Booth Elliott, as her namesake niece. Rebecca was the sister of Robert T. Kernachan's mother, Martha Booth Kernachan, making Robert and Rebecca first cousins, and his wife Ellen, his first cousin once removed. 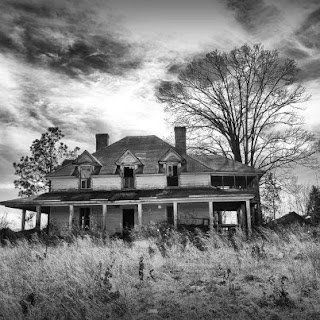 Robert had been a troubled young man before his marriage.

On April 23, 1855  #1047
State vs Robert T Kernachan
Indicted for assault with intent to murder - pleads not guilty. Jury found him guilty of an assault and battery-fine of $500.00 plus costs of suit.

It seems his uncle served on the jury, and several other jurors were neighbors and brothers-in-law.

Robert and Ellen had 3 sons in rapid sucession:

And then came the war.

Posted by Jobs Children at 8:00 AM