The Florence Observer noted that they had lost one of their "most promising young men", that he was cleaning a gun and that it had accidentally discharged. He, leaving, a widow and 'two little children'. 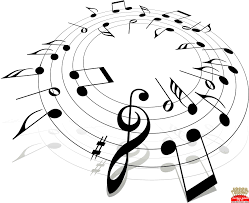 It was not noted whether or not these two children were male or female. However, in her will dated 1888, Robert's mother, Ellen, mentions a division of property in thirds, one third for son John S. Kernachan, one third for son William J Kernachan and one third to be split between grandsons Robert and Moore.

Robert and Moore were the surviving minor children of eldest son Robert, who had passed 3 years prior to Ellen devising her will. Her will was witnessed by H. C. Jones and George P Jones. They were brothers of Jenny Keyes Jones Kernachan, who married William Jones Kernachan. Or perhaps father and brother, as both were named Henry Cox Jones and George was brother George Presley Jones. They were also distant relatives of Ellen's, being out of the the same old Virginia Jones/Simmons tree. 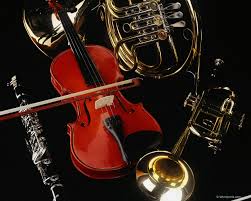 These witnesses verified that the will was Ellen's and that she was of sound mind when the will was probated in 1992. There were no changes nor codicil's indicating that Robert and Moore were still alive in 1892.

I can find several mentions of their mother, Blanche Moore Kernachan, in records and newspapers, but no more mention of Robert or Moore.

The November 14, 1891 edition of the Times Daily, of Florence, Alabama records:

Mrs. Blanche Kernachan, who has been attending the New England Conservatory of Music, returned last Saturday, and is now at her home in the Reserve. Coming south, she spent several days at her old home in Virginia.

This was the year before her mother-in-law Ellen died.

We find out that in 1897, she had been "absent in Boston for two years past" and had returned home.

We learn that in 1903, she was leaving Alabama again to 'pursue her studies in music'.

Ms. Blanche made the newspapers in both Alabama, her husbands home state; Virginia, her home state, and Massachusetts, where she attended school and taught. She also attended college in Tennesee.

Before her marriage, she is listed as attending Belmont College in Nashville, Tennesee.

Sale of Lots 5 and 9 in Florence, Alabama

In 1927, she is listed as an instructor at the College of William and Mary, one of the oldest in Virginia.

Catalogue College of William and Mary

In the census records, we can pick Blanche up as a child. She and her sister Elva both married Kernachan brothers. They were distant relatives through the Simmons line. Their father, Samuel T. Moore was the son of  Robert Moore 1800-1836 and Elizabeth James "Betsy" Simmons 1802-1852 from Mecklenburg County, Virginia.

It is after this census that Blanche Moore disappears from the censuses until 1920. Her family appears in the 1880 Mecklenburg County, Virginia census without her, even her older sister Carrie.

She may have been in college at this time. What is on record is her marriage to Robert T. Kernachan in Mecklenburg County, Virginia on January 18, 1881 noted as the daughter of S. T. Moore. Robert had traveled to Virginia to marry her. How had he met her? Or did the Simmons distant cousins keep in touch and decide this to be a proper match?

The two sons would have been born between the 1881 marriage and the 1885 death of their father as they are mentioned in the obituary.

They were alive in 1888 when their grandmother Ellen Simmons Kernachan died and mentioned them in her will.

By 1902, Blanche shows up as a music teacher in Roanoke, Virginia.

By 1916, She has been nominated as
the Postmistress of Radcliff, Virginia. She held that position for a number of years.

Then by 1920, she is back living in the town of her birth, South Hill, with her younger sister Nina Moore Allen.


In 1930, she and another sister, the never-married Willie, are living together.


A 1922 Lawsuit Moore v Kernachan, is brought up as a cited case and took place in Mecklenburg County, Virginia. It is a suit involving S. T. Moore, in his own right, as executor of E. A. Moore, deceased against one Kernachan and others.  As S. T. Moore was likely Samuel Moore, Jr. and E. A Moore, their mother Elva and the Kernachan he vs. was likely Blanche, the only known Kernachan in Mecklenburg County, Virginia at that time.

In her last census, Blanche is back living with Nina again.

She is buried in Mecklenburg County, Virginia, and noted as the wife of Robert T. Kernachan, but where are her sons? They are not buried with her.


Her sister and at the same time, sister-in-law Elva, named for their mother, died young at age 59. They had married brothers. Blanche is mentioned in her obituary, yet an obituary for Blanche can not be located. Elva named her son Robert T. Kernachan. He would have the the fifth Robert in the known line.

So what happened to the young sons of Robert and Blanche? Did they die between 1888, when mentioned by their grandmother and their mother's return to college? Did she leave them with relatives?

What happened to Robert 4 and Moore? Two little boys of no further mention. 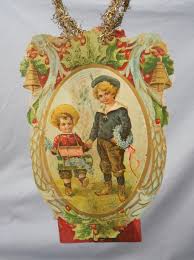