In the histories of Lauderdale County, Alabama, mentions are made of very early cotton mills, that drove the post-Civil War economy. In a chapter entitled "Producing After the Civil War", the following statement was made ' A lady named Kernachan was one of the three proprietors of Brandon Mills.'    That lady was Ellen Kernachan. 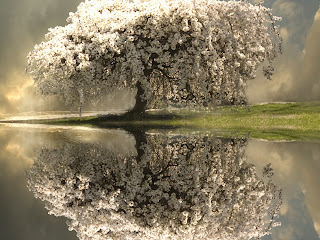 Ellen, as she was known, first shows up in the 1850 census as a young lady, age 21, living with her mother Rebecca and sister Minerva, with her uncle James C Jones and his wife Matilda B Kernachan Jones, their young daughters, and Sarah Noel, the sister of Judith Booth Jones.

On May 10, 1854, she marries Matilda's brother, her first cousin once removed, Robert Thomas Kernachan II. His mother Martha was a sister to Judith Booth Jones and Sarah Booth Noel. All daughters Thomas Booth of Mecklenburg County, Virginia.

By 1860, she has had three young sons, Robert T III, born 1855, who was likely at school, John Simmons Kernachan 1857 and William Jones Kernachan 1859. Her mother and Great-Aunt Sallie are living with them as well.

By 1870, her husband has been murdered and she is shown living with her 3 young sons.
By the 1880 census, only youngest son, William, is living at home with her. He will later become a surgeon. The other members of the household are employees.

Ellen Kernachan became the sole proprietor of her husband and uncle-in-laws plantation and Cotton Mill. She would merge her business with that of Charles Brandon.

From the Florence Herald, Thursday, September 28, 1899.
CHAS. M. BRANDON SCHOOL.
Board of Education Honors Memory of This Lamented Citizen.
The board of education of this city has honored itself in naming the East Florence school "The Charles M. Brandon School." This action was taken at the meeting of the board on Monday night, and it is a graceful compliment to the memory of one who was, until his death, one of Florence's most highly esteemed citizens.
In order to fittingly dedicate the new building to the memory of the lamented gentleman for whom it has been named, exercises will be held at the school building next Monday afternoon, when the following program will be carried out:
"Sketch of the Life of the Late Chas. M. Brandon," Dr. W. J. Kernachan.
Chas. M. Brandon was one of the most popular men who ever lived in Florence, and the dedicatory exercises will prove of especial interest to those who knew and honor him. He was a friend of the people of East Florence and showed his interest in them in many ways, being a leader in the cause of education and christianity [sic] in that section.


Dr. Kernachan gave a short sketch of Mr. Brandon's life, which was not only appreciated but heartily endorsed by all, for they all knew Chas. M. Brandon and loved him.

From "A Walk Through the Past":

By all accounts, Charles Brandon was a good man and Ellen Kernachan did wise by collaborating her business interests with him. She set her descendants off to a good life for generations to come, by not failing or faltering as many of this era had. She picked up her skirts and set off to business and sent her sons to college. She had grand-daughters and great-granddaughters named for her.

After the death of her husband in 1868, Robert Sr., his uncle, added a codicil to his will naming Ellen as executrix and primaty heir. Ellen and Robert Jr., had 3 sons: Robert Thomas III, John Simmons, and William Jones. Robert and John would marry sisters: Blanche and Elva Moore from Mecklenburg County, Virginia. They were educated young ladies with connections to the Simmons family.

They were the daughters of Samuel T. Moore and Elva Harwell. Samuel T Moore was the son of Robert Moore and Elizabeth James "Betsy" Simmons, all of Mecklenburg County, Virginia. I have not researched the Simmons family trees, but with a common surname and a common origin, the likelihood that Betsy Simmons was related to Ellen's father John J Simmons is very probable.

William Jones Kernachan married Jenny Keyes Jones, yet another relative, related through the Virginia Jones line and also a descendant of the prominent Keyes family, who were also early planters in the Shoals area of Alabama. Jenny was the daughter of  Henry Cox Jones and Martha Lousia Keyes.

The following is the obituary for Henry Cox Jones
"Henry Cox Jones, lawyer, was born January 23, 1821, near Russellville, Franklin County, and died June 20, 1913, at Florence, son of William Stratton and Ann Harris (Cox) Jones, the former a native of Amelia County, Virginia, born in 1798, and died in 1874, came from Virginia in 1813, and located at Huntsville, moved to Franklin County in 1819, and settled on a large plantation near Russellville; grandson of Thomas Speck and Prudence (Jones) Jones, who lived in Amelia County, Virginia, the former a colonel in the Revolutionary army; and of Henry and Judith (Eldridge) Cox, who lived at Huntsville, Madison County; great-grandson of Peter Jones, of Dinwiddy County, Virginia, an officer in the British army who was sent to America to fight the Indians, and of Thomas and Martha (Bolling) Eldridge, the latter a descendant of John Rolf and Pocahontas, fourth generation."The ancestors of the Jones family came from Wales. He was raised on a plantation near Russellville, and obtained his early education in the schools of that place, under the instruction of John Wyatt Harris. (He was the father of Colonel John Wyatt Harris) and was graduated from LaGrange College in 1840. He studied law in college under Prof. Tutwiler, and later under Hon. Daniel Coleman of Athens. He was admitted to the bar in 1841 in Franklin County. He was elected Probate Judge of the county, and resigned the office after eighteen months to become a representative of Franklin County in the state legislature. He was re-elected to the legislature in 1844, and was sent to the State Senate in 1853. He moved to Florence in 1856, and continued his law practice. In 1860 he was a Douglas elector, and the following year represented the county at the Secession Convention, where he refused to vote for or sign the Ordinance of Secession. Through he was an opponent of secession, he was elected to the Provisional Congress of the Confederate States of America and served in the body for one year. During the war he was engaged in the manufacture of cottons and woolens under a contract for the Confederate government. After the war he resumed the practice of law at Florence. He was associated at times with Sydney C. Posey and the Hon. Josiah Patterson. During the reconstruction period he was chairman of the Democratic Central Committee for five years. In 1876 he was a Tilden elector, and later in that year he was elected solicitor for the eighth district. He was re-elected to that office for two more terms, holding the position in all for eighteen years. He was a Democrat, a Methodist and a Mason. Married, October 13, 1844, at Athens, to Martha Louisa, who died at her home in Florence, May 6, 1887, daughter of George and Nelly (Rutledge) Keys, who lived in East Tennessee. ***** Children: (1) William Stratton, who served in the C. S. Army under Forest and was killed at Pulaski, Tennessee; (2) Bertha, married Lindsey Melbourne Allen; (3) George Pressly; (4) Ellen Rivers; (5) Henry Cox, deceased; (6) John Rather, deceased: (7) Jennie Keyes, married William Jones Kernachan; (8) Martha Bolling, married Thomas Sadler Jordan; (9) Robert Young; Wade Keyes, deceased."The above biographical sketch of Judge Jones is taken from Dr. Owen's "History of Alabama and Dictionary of Alabama Biography." Mrs. Bertha Allen, his eldest daughter, still resides at Phil Campbell and is one of the oldest residents of the town. Her husband, Lindsey Melbourne Allen, was the pioneer settler and merchant of Phil Campbell.From the book: "Distinguished Men, Women and Families of Franklin Co., Alabama," by R. L. James, pub. cir. 1927-1929, pages 56-57. Copy of book located in the Franklin County Library, Russellville, Alabama.

Ann Elizabeth Simmons Kernachan's will was probated on November 14, 1892. The contents will be the next post.