Yesterday was an extremely fruitful day genealogy-wise. You would not think that a Sunday would be so, as no county offices are open, or library history rooms. But I met a couple of amazing cousins with tons of information.

I first got a message from the blog of someone knowing who the father of my great-grandfather was. I had posted concerning Carolina Hudson, my grandmother's grandmother. She had been orphaned by the Civil War and had became an unwed teenaged mother. Her son bore her maiden name and no one on this side of the family ever knew who his father was.

Enter my cousin Julian. He is a knowledgeable young man, a virtual walking encyclopedia of local history, who is a descendant of my great-great grandmothers' legitimate family. She married at age 26 and he and his mother hail from one of her daughters. His family had been told my a niece of the biological father of J. R. Hudson that her grandfather's brother was the father of  Caroline's oldest child. I am looking into that now, but it seems obvious, as she name her son after his father, both are James Robert's, with different surnames.

James Robert Hudson died in 1949 and 62 years later, we find out from a living descendant of his father's brother who his father was. Amazing.

But that was not the only thing I learned from this distant cousin. His family still lives on the property that belonged to Caroline's maternal grandfather, Calvin Lee. I did not have any of the information on him that they were able to provide. There is an old graveyard on a hill in the woods near their place, where the Lee family is buried, along with family of Calvin's first wife. A Revolutionary War Veteran, James Duke, is buried there, Calvin's first father-in-law, who was a founding member of Cedar Grove Church in Southern Stanly County. 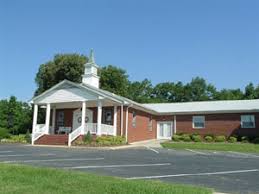 It will take some time to digest all of this new information and get it into an organized form. I was able to tour the old graveyard, littered with leaves and some of the gravestones barely legible in the fading light, but we were able to read them thanks to the amazing eyes of young cousin Wesley, about 10 years old. The house was one where my  great, great, grandmother resided during the 1870's and 1880's. The remains of an old well are in the front yard.

It is always great to meet new cousins, and we are related down multiple lines, so it's not easy to calculate the number of 'cousin' they are down which ever line. Suffice to just know that this family is my cousins down at least the Hudson, Lee and Mauldin lines.

Thankyou so much Cousin Julian, Wesley and Deborah! I had a great evening and learned so much. But learning who my great-grandfather's father was is just mind-bogglingly amazing.

Posted by Jobs Children at 2:49 AM