Using DNA to Fill Out Your Tree

This is not a "How to" post. I am not that good at it. No expert here. Just a bit of good luck and providence added to years of stop and start.

This is just a quick monologue of another project I've started that I will probably be posting on more later, as if I don't have enough already. 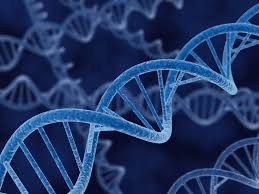 The bit of providence is the discovey of a brother, through DNA, that I never knew I had. This is a post all of its own, that I will not go into so much at this time. Suffice to say, we share a father and made first contact about a month ago. This is a very exciting discovery that everyone in the family is over-the-moon happy about. But the one very significant fact about my brother's discovery, is that his mother is from an entirely different nation, across the pond, and therefore free of any what I call "cross-pollination".

What I mean by cross-pollination is that there is no chance of dna contamination by the sharing of dna from multiple sources. For instance, I have along this genealogical journey came across multiple distant cousins who join me in descent from not one, but two or three, or four different families. We might be third cousins down one line and fifth cousins down another, or quadruple fourth cousins, as these close knit families in our 1800 century farming communities intermarried in such a way, it looks more like a family spider web than a family tree.

With the discovery of my half-brother, we only share dna on our father's side. This allows me to be able to look at our shared matches compared to all of my dna matches, and separate without doubt, those on my mother's side from those on my father's side.

The most frustrating part are those folks who do not connect to a family tree or who keep their tree private. Some, I guess, just wanted to know their ethnicity and not neccesarily their ancestry. Others have this idea that their genealogy is like land that belongs only to them, unbeknownst that with every generation, the pool of individuals who share in that genealogy increases, and the more you can compare, prove and disprove, the more mysteries of who is who and what is what disolve. Knowledge is power.

So those secretive individuals become the ones you must try to connect with through a message. They might want to know more about their heritage. They may not.

So the first thing I have done is separated Momma's side from Dad's side on my list of cousins. I'm starting with the closest of cousins. Second. No first cousins have tested. I have two matches in very close family and know, of course, who those are. I have 6 second cousins. 3 from my Dad's side and 3 from my Mom's side. Of the 3 on my Mom's side, I know exactly who two of them are. That leaves one to contact. This close, and as full as I have my tree, this should not be too hard to figure out if this cousin is willing to communicate.

Third cousins. I have 24 on my Dad's side and 22 on my Mom's side. I've already started looking into some of these who have trees connected. Thank you cousins who allow me to see how we connect!

Of the few I've began to look at, most seem to be coming from my maternal grandmother's side. Another interesting thing is they show up dna-wise, maybe a bit closer than they should. For instance, I just started on 4th cousins and this one had a tree, not much of one, but enough that I could trace a few generations back and see where we connect, and I ended up going back about 6 generations instead of 4. The kicker is, my Great Grandmother and Great Grandfather on that side were first cousins. That made their descendants doublely thick on the Mauldin side.

I've also learned through "DNA Detectives" that there is such a thing as a 3/4 sibling. When I first heard this I couldn't wrap my head around it. You have two parents. With a sibling, you either share both parents, which  is a full-sibling or one parent, which is a half-sibling. How does a third party get in there? Turns out, there is a situation in which individuals can share more dna than a half sibling, but less than a full sibling. This occurs when the parents that two partial siblings don't share are closely related to each other. In the old days, this could happen if a couple were married and the wife died young and her husband remarried to her sister. Genetically, his children from each marriage would share less dna than full siblings, but more dna than half-siblings. They are 3/4 siblings.

In modern times, some "DNA detectives" are discovering this same phenomena, but more likely from a different source. A couple is married and has two children, but one tests out as a 3/4 sibling and not a full sibling. Turns out she was having an affair with her brother-in-law. Or her niece tests out as a 3/4 sibling to her child, rather than as a first cousin, meaning her husband had an affair with her sister. It happens.

I've currently been chasing down the family tree of a distant dna cousin who only had her tree back to her grandparents, and she is from another state. In fact, all of her ancestors are from another state just about as far back as I can take her, which I've made it pretty far back, into the 1600's down some lines. If it was just one individual, I would think it could have been a blurb. But I match her son, too.
I did find that the sibling of one of her ancestors came to this area from Rhode Island and died here in 1780. That is one possiblity, even though the name does not show up in my family tree. I do have a few female ancestors that show up in the family tree as older ladies in the 1850 census with maiden names unknown.

Another possibility is one of her ancestors that did come from a familiar area with a familiar group of names, and that is Southside Virginia, where a great deal of my ancestors came from. Several individuals in that family line did arrive in Anson in the late 1700's, at the same time, and even probably in the same wagon train, or neighborly/familial group as mine. But I don't see any of my directs among them. Unless I am entirely wrong on one branch, as a daughter from this line did marry a person with the same surname as my mother. And that 'branch' also ended up in this area. But it looks like most of this family clan went right on through NC down to Georgia. But did one stay long enough to marry and spawn children and maybe pass away before the siblings went down to Georgia?

It's going to take me awhile to figure out this one.

Posted by Jobs Children at 9:57 AM