God only knows we Americans were an adventurous and westward -moving bunch. We all have it in us. And at the same time, we all have the 'settling gene', from those more home-bodied individuals, who pretty much stayed where they landed and made babies, some who would remain and others who would venture forth into the unknown. It was those adventuresome individuals from whatever country of origin they came, who got us here. Whether the brave were those ancient Asians who crossed the Bering Strait, the warring Vikings who explored the wide seas, the intrepid French following game across a frozen ocean, the daring Polynesians whose boats would land on the rugged shores of Oregon, the hopeful Welsh escaping chaos with Prince Madoc, the Spanish explorers in search of cities of gold, or the English religious refugees seeking a place to worship in peace, all of them had that gene that drove them to go. Even those Americans who ancestors arose from individuals who were brought here against their will, when here, some had the drive to flee elsewhere to seek freedom, or later, when freedom came, some ventured penniless and hopeful into the great unknown, while the more timid stayed behind and adapted to the change upon the lands they had always known for their lifetime.

The science of DNA and using it for ancestoral research is a rather recent phenomena, but is helping us to visualize the exact times and means and places these migrations took place.

Most of the research I do within my own tree has been touched upon by generations past, and I much admire this work. They did not have computers to access information halfway across the country, like we do today. It was gotten by relentless legwork and pouring through stacks of dusty books in courthouse basements, foraging through trunks in grandparents abandoned farmhouses and the like.
But one other disadvantage these past generations had was their sense of propriety and civility. Those dirty little secrets swept under the rug were not touched upon. Everything in its due were left to lay, and the prickly little briar bushes were left to twist and weave their deceipt into impassable barriers for generations to come. Children born 5 years after their "father" died during the Civil War were conviently explained as someone got their year of birth incorrect, yeah, that had to have been it, even though the 1870 census shows them as 3 and the 1880 shows them at 12, really, you know, they must have been 18.

Or ancestors were given no background at all. The beginning and ending was with Grandpa Bob. He had no parents.

For some odd circumstance, it seems to have been given me the  role to clear these thickets, break down brickwalls, tie up loose ends, and sometimes, I can. I am now discovering people using my research and dna is confirming and corroborating it.

Just this morning, I discovered a young Hispanic guy in Colorado (well, he's not entirely Hispanic of course) who had accessed my research on Jane Murray.

Jane was the oldest daughter of Jesse Murray, my 4th Great Grandfather, whose remain lie in one of those cornfield cemeteries on a high bluff above Long Creek near its confluence with the Rocky River in southern Stanly County. Jane was likely born in Chatham County, where her family was before arriving on the Rocky River and was born about 1800 or 1801. Her nickname was "Jincy" and she never married. She first appears in the 1830 census living next door to Joshua Burris and with two little boys in her home under the age of 5. She later has a daughter who she names Judith Wilmertha Murray, who was born in 1834.

The court records report that her daughter Judy had been bound to Alexander McLester in the 1840 session of Montgomery County, NC, of which Stanly was part of in 1840, and then released from that bond in the first session of the new county of Stanly Court in 1841. She is found at 16 in the 1850 census, living with her mother.


Her son Solomon was first living with his paternal grandfather, for who he was named, Solomon Burris, the old Revolutionary War Soldier, and was brought to court a few years later and bound to McCamey Willis and Obedience Burris Willis, a childless couple who became his foster parents and were biologically his Aunt and Uncle. He so loved them that he named a son for McCamey. Likewise, it appears Judith Murray was also named for her paternal grandmother, Judith Taylor Burris. The other son of Joshua Christian Burris and Jane Murray, who was less than 5 years old in 1830 has not been determined. He may have passed away as a child, as the child mortality rate was very high in those days.

So I know that Jane Murray and Joshua C. Burris Sr. had at least 2 children who lived to adulthood and went on to procreate.

Judith Wilmertha Murray married Thomas Jefferson Poplin and they settled around Lilesville in Anson County. Her mother lived with her. Tom outlived her and remarried, so his older children are by Judy and his younger children were by his second wife. 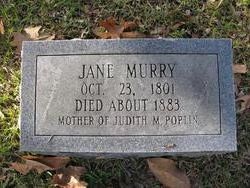 Solomon inherited his father's wanderlust gene and had children with multiple ladies, some he married, others he didn't. He ended up settleling most oddly, in Eastern North Carolina. Some of his children remained here, others lived on the coast. 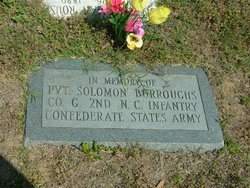 So this morning I discovered this young man had attached into my research and hooked himself up to Jane Murray's wagon. I check his profile and "Wah-Lah"! We share DNA. He is my 5th to 8th cousin, which would be consistent with the generations between us and our common Murray/Burris ancestors.

Congratulations Hispanic- named millenial from Durango! You have found your Stanly County roots.