For literally weeks, I had been working on a post about Julius Caesar Murray, the oldest son of John Monroe Murray. It included alot of information on the town of Wadesboro around the turn of the century, and about the gang of ruffians that Julius hung out with during the early part of the 20th Century.

Upon my first attempt, I was very close to the end. So glad to be wrapping it up, as the post seemed more of a book. It had gotten incredibly long.

I attempted to load a photo off of my phone, as I have the blogger app there, too. However, it does not work very well.

The picture loaded, but all that remained of the post was the very first page (phone view page) of the post. 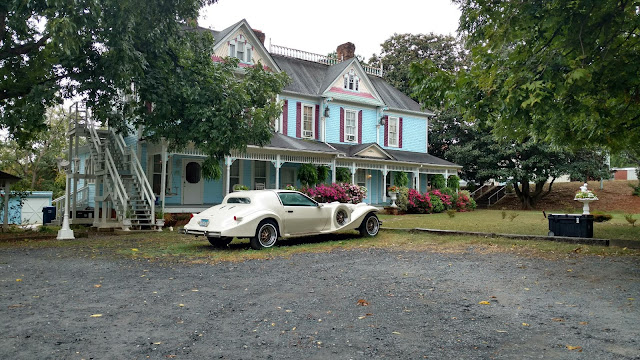 This is the picture I downloaded. It is a photo of the beautiful and historic Star Inn in Star, Montgomery County, NC. And this is my second attempt to post it here.


I became more disappointed with frustrated at this event, and more bewildered than frustrated. At first, I just wanted to let it go, move on. Forget this story. Leave its telling alone.

Then, I decided to pull myselft up by my bootstraps and attempt it again. It was much easier the second time as I kind of knew my way around the post already, had my research materials readily available and all. Recreation is much easier than origination. Of course there were variances. Some details I decided to leave out as they really added nothing to the story. Other things I added in to beef out the tale of the entire family, as they were close and the whole family experience was a big part of the life of Julius Murray at any rate.

Progress was going well. I had been working on it for two days. Hours, and I mean H O U R S. I went to change tabs on the computer and came back...and there was nothing to come back to.

It just disappeared into cyberspace.


This time, I'm just letting it go. If the ghost of Julius don't want his name out there, so be it. Maybe, just maybe, I might attempt it again. But this time in shorter blocks. No more mini-series in one setting. If it disappears a third time...I'm calling Ghost Hunters.