The Foretelling: The Bad Murray Blood.

I've mentioned often the Murray bad temperament that seemed to weave in and out among generations. How a kind and Christian father in this family gene pool could have a temperamental, and unscrupulous, even cruel son. 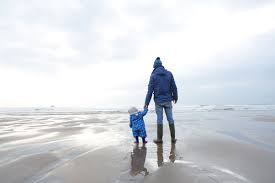 Old Ben Murray of Tyson Community in Southern Stanly County, was recorded as being one of the latter. His son Edmond, known as by both surnames of Murray and Coley, was one of the former. As was, presumably his son Jesse II, named for Ben's father, Jesse I. But in the grandsons the Murray fury raged.

Alexander, son of Edmond, was known for his anger and hostile temperament, while his brothers John and Ben, not so much. The same could be said for Jesse II's son Benjamin P. Murray, while the youngest son John M. Murray, born during that deathly Murray trip to Arkansas that old Ben took his family on, was without doubt a manifest of the bad blood gene.

He had been born at th onset of the Civil War in Arkansas and had returned to Stanly County,NC with his grandmother by 1867.  Arkansas had taken his Grandfather, Ben Murray Sr., his parents, Jesse Murray II and mother Jenny Poplin Murray, his uncle by marriage, Henry Hudson and cousins, James Washington "Wash" Turner and Wesley Murray. Wash and Wesley actually had remained in Arkansas and passed away after Martha's return. Old Ben's widow, Martha "Patsy" Ross Murray had returned with her widowed daughter Rebecca Murray Hudson and Becky's daughter Mary Elizabeth Hudson, who like John was born in Arkansas. She brought back John and his two siblings, Mary Ann Murray and Benjamin P. Murray, who were born in Stanly County before the trip. They were afterwards raised by their mother's people, the Poplins.

The story of John Monroe Murray is an interesting one to tell, and this post will be followed by more of that.

The following article tells a bit of his caustic and cruel personality, that led to his ultimate fate.

This article, from 1884, tells the story of John Murray, from whose swagger and attitude wholy tells us that he was most likely a good-lookin and arrogant young man. His behavior from start to finish reminds me of that of a narcissist. He had promised to marry this young lady and all of the arrangements had been made. Then he never showed up.

Instead, it was learned that he had taken up with a Union county girl and had taken off to South Carolina the night before to be married, "without license" the article noted. The article doesn't name the jilted girl, it only states that she was from White Store, a community near the North Carolina - South Carolina border in the Southwestern most corner of the county.

In the 1870 census, John and his older sister are living in Stanly County with his maternal grandmother and uncle, while his brother, Ben, is living with another uncle. In 1880, he is in Anson County, age 17 and working for a man named Asbury Bailey. It may have been one of Baily's daughters that was the jilted bride. We don't know. But what we do know is that in 1884, he married Willie Henrietta Horne, daughter of William Bennett Horne, who died a year after her birth in the Civil War, and Mary Adeline Green Horne, who remarried to William James Thomas. And from all indications, she grew up in Anson County.

J. M. Murray and Henrietta had 4 children between 1885 and 1890 and he remained in Wadesboro and learned the ins and outs of being a businessman from L. J. Huntley. From 1893 to 1900, he made several purchases of property. Some on Carr Mount Road near the silk mill, and the intersection with the Salisbury - Cheraw Road, and others on Rutherford Street.


Below is another story of how the bad attitude and mean mouth of John Monroe Murray nearly got him killed.


That could have been the end of J. M. Murray, but his time was not up...not yet. Murray came away with a broken arm and Robinson came away with jail time, but that bad Murray blood kept J. M. from learning a thing. He would, in time, meet his match in the form of a 14 year old boy.

Posted by Jobs Children at 5:53 PM