The Lowder Family is one of those two dozen or so Stanly County clans that it hard NOT to find in your family tree if you have Stanly County roots.

The above story of the 1923 Lowder Reunion gives a brief run down of the beginnings of the Lowder family in Stanly County.  The orginal Lowders supposedly came from Buck County, Pennsylvania, probably down the Great Wagon Road, and settled in what is now Stanly County during the late 1700's, when the growth in this area was really taking off.

Old Freedom Cemetery is located along Long Creek in the woods, south of Albemarle off of St. Martin's Road. A church accompanied the cemetery until the 1920's and has since collapsed and disappeared. The names on the tombstones, besides Lowders, include Coley's, Holts, Foreman's, Poplin's and Hathcocks, and Underwoods, among others.


According to the work done by several Lowder descendants, the brothers, William and Thomas traveled to this part of North Carolina along with a sister, Rebecca and Jeremiah "Jerry" Adderton.

They obviously were in Maryland for a little while because records attached to these individuals include:

The 1790 census with Thomas in Maryland:


And a marriage license for Jeremiah Adderton in Maryland:

It is believed that the Lowder siblings descended (perhaps) from a Joel Lowther who was a Quaker and married a woman named Phoebe Ellis who was not. There is no solid proof of this, and may never be, so I am putting it out there as a possibility. The loss, or even nonexistence of so many early records keep some things in a perpetual and inevitable state of mystery and uncertainty.

Thomas Lowder is now in Montgomery County and he and Elizabeth have begun their family. 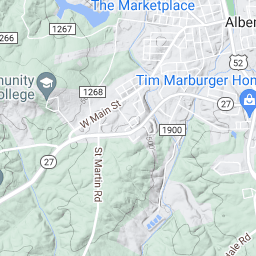 The Thomas Lowder family has increased in size to 5 children

While the Household set up of William H. Lowder shows that in 1810, there was not an adult female in the household, indicating he may have married twice.

Elizabeth Lowder is now on her own

Elizabeth is living alone, but next to a young Jeremiah Lowder family.

The 1860 census provides a very interesting scenario. Unlike today, the census takers were not concerned where a particular person was on a particular day. They enumerated the people in the household on the day the census taker arrived and the actual accounting and interviewing took months. People who traveled around, who lived off the grid, or were afraid of census takers were often-times missed. The area was very rural. Roads, or mere paths, that led to homesteads were missed. People who were behind on their taxes, or people who did not want to be counted for other reasons, sometimes hid so the law would not interfere in their business. It was not uncommon to not find someone in one census, and for some other record or another census, to show they were there somewhere and alive.

And then you have the cases like that of Elizabeth Lowder, those who were counted more than once. I've seen young men being counted in the homes of their families, and then again as farmhands in the household of a neighbor. I've seen families who lived near the border of two counties, or two districts, being counted more than once, by two different people, and probably in the same house. Or the same family counted in one county one year and another county, the next, where land records showed that they probably never moved, but that the census taker wasn't sure where one county ended and the other began. Rivers and other waterways made a pretty clear border, but when the border was mere woodlands or fields, it was not very definite.

Elizabeth Langley Lowder, for a woman approaching 100, got around in 1860. Various relatives seemed to have been passing her around. Here, she appears with her son George.

And then, with her grandson Jacob:

Another Elizabeth Lowder,  Head of her own Household,is living  with Nancy Adderton. This, we know to be Elizabeth Eudy Lowder, the widow of William H. Lowder or the "Bill" mentioned in the above article, who settled on Bear Creek.

After 1860, the original Lowder settlers were gone, but left a community of children and grandchildren to carry on the family name and tradition.

While looking into the Lowders, I came across research that seemed to indicate that William and Thomas Lowder of Stanly County were related to a John Lowder who settled in Guilford County, and his family, probably another brother, and to a Caleb Lowder who settled for a brief time in Randolph County, before heading west, that he was a nephew who came down with them after one of their three records visits to relatives north and back. 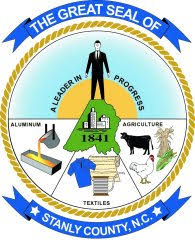 Fortunately, there have been several books written on the Stanly County Lowder family.

From these, I garnered the following information, of which most agreed. 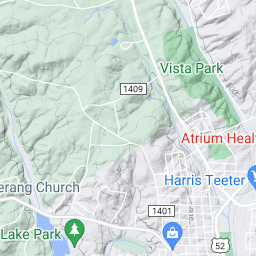 The children of Thomas Alexander Lowder were:

C) Amy Lowder  born 1795 and buried in the old Cagle cemetery. Married as a second wife to Benjamin Cagle, who would later marry Judith Simpson. One daughter: Talitha Adeline Cagle. 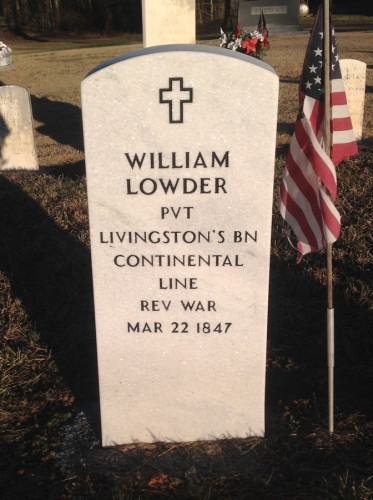 Posted by Jobs Children at 3:30 PM