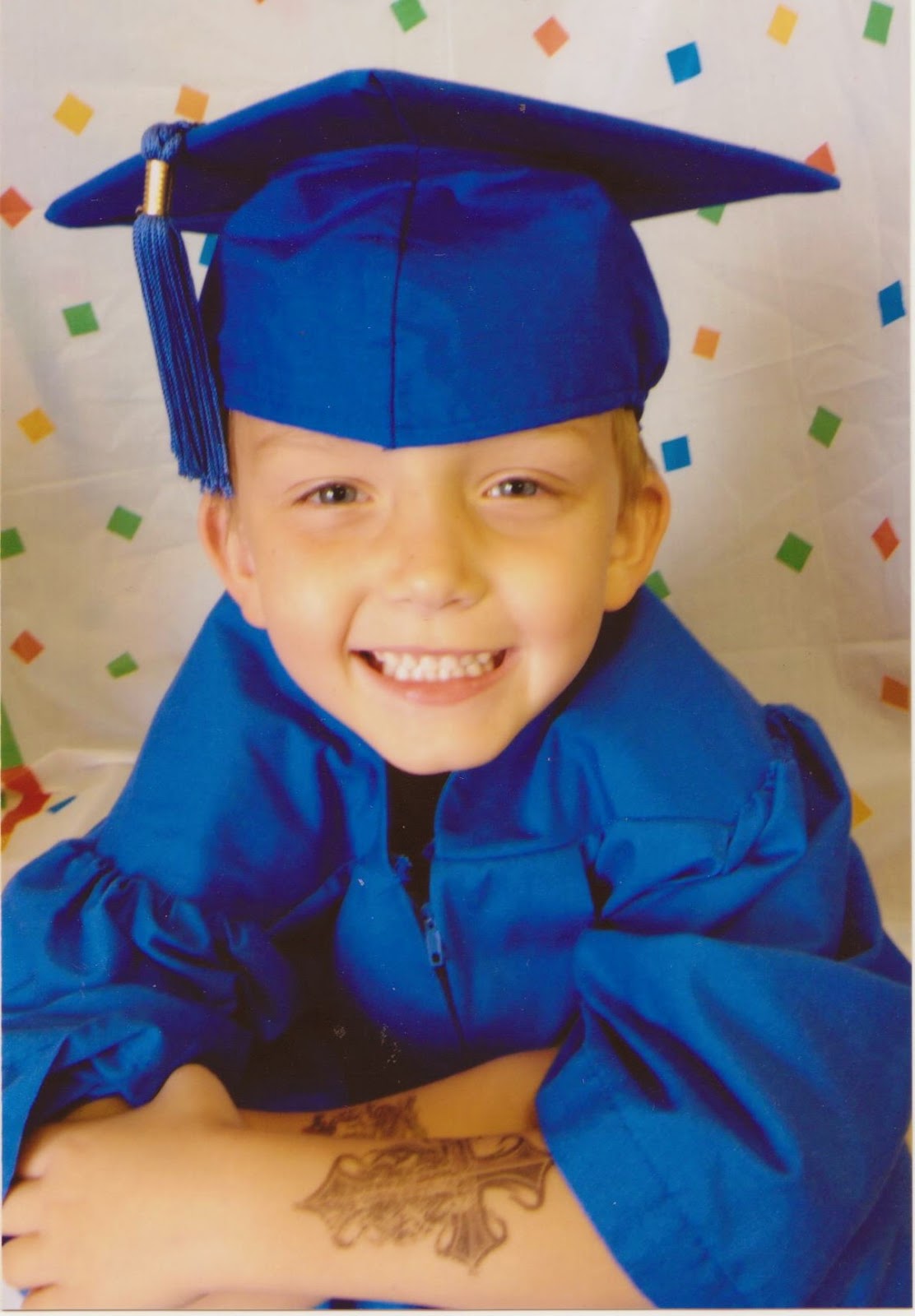 As one leaves the public school system, another one enters.

I was an emotional Nanny when my little 5 year old grandson stood with his class of little adorable munchkins and performed for the audience. They said their alphabet while displaying it along in sign language. They sang a song from the movie frozen.

Pre-K graduations are a new phenomena. Back in my day, if you were in daycare, you were there with no ceremony or pomp until time to start Kindergarten, and at that time Kindergarten was a recent class. Most students went straight from home to First grade.

None of my own children had a Pre-K graduation. They all attended Kindergarten, however. And I know that my youngests High School ceremony will be a particularly emotional one for me. The Last. I will have launched the last of the brood into adulthood.

As I uncover the past, the future unfolds.