Columbus, you were late.


According to this research and ancient documentation, an Irish settlement existed in the area of South Carolina and into Georgia prior to the arrival of  Columbus and the Spanish explorers. 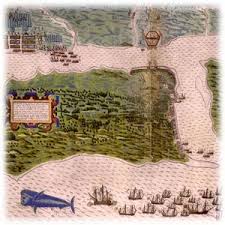 They would eventually interbreed with the Asiatic descended Native Americans and become the Creek Indians, some of whom would travel and hunt through our part of the Carolinas.

Previously, I've read up on all of the old legends concerning Prince Madoc, of Wales, who supposed brought a colony of persons and settled in the area of Fort Morgan, Alabama, intermarried with a small group of Native Americans, over time and slowly traveled north, becoming what was known as the "Mandan Indians", into the arrival of British colonies and then eventually becoming extinct, as many native tribes did. 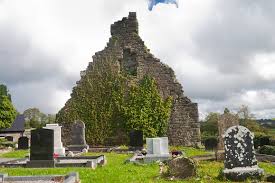 THE STORY OF THE WALL AT FORT MOUNTAIN
Fort Mountain derives its name from an ancient rock wall which protects the highest point of the mountain. The wall, extending 885 feet, is seven feet in height at its tallest point and shows evidence of being much higher when first built. Up to 12 feet wide, with 29 pits scattered at regular intervals along its length, the wall is without peer in southeastern archaeology. Archaeological findings indicate that the ancient fortification long predates the Cherokees who were living there in the 1700s.
The Cherokee's called the wall-builders "moon-eyed people," because they could see better at night than by day. These moon-eyed people were said to have fair skin, blonde hair and blue eyes. Some theorists believe that these moon-eyed people built the wall as a part of sun worship, while others believe it was used in athletic games. Some of the other thoughts pushed from time to time are that Hernando de Soto, who spent two peaceful weeks here in 1540 built it or that the Cherokees created the wall to defend themselves against Creek attackers.
Currently, most scholars believe that the wall originated about 1100A.D. and has a religious purpose. Many early cultures built structures related to astronomical events. In this case the wall runs east to west around a precipice. The effect is that the sun illuminates one side of the wall at sunrise and on the other side at sunset. Native American cultures worshipped the sun and all things in nature. The absence of religious artifacts supports this theory since it was common practice for Native Americans to take ceremonial objects with them when they moved.
The state of Georgia erected a monument at the base of the summit several years ago describing the various legends associated with Fort Mountain. The most important story revolves around the Welsh prince Madoc who is said to have arrived in Mobile Bay around 1170 and moved north from there. The mysterious wall is said to have been built by Welsh Explorers as a fortification against hostile Indians and for ancient ceremonies. Several petroglyphs support the existence of this legend. Following is a paper which could very well explain and clarify the story.


The story of Prince Madoc of Wales is certainly compelling and limited archeological and historical evidence persists, but not with as much fervor, tradition and physical evidence as that of the Vikings.

Since the theory was brought forward, historians and archealogists have been hard at working looking for proof of viking settlement and exploration....and finding it. So with the Vikings discovering Canda, the Welsh settling in Alabama, warring with the Cherokee and moving up the Tennessee river and eventually becoming the Mandan Indians, and now the possibility that the Irish settled South Carolina and Georgia, it really appears that Columbus was late in his 'discovery' of America. So, where is our Leif Erickson Day? Or our Prince Madoc Day? Or St. Brendan Day?

St. Brendan? It may be that his legendary journey that resulted in the reputed Irish Colony in Carolina.


So, while Americans of all 'races' (quoted because there is actually just one..called Human) are finding traces of Native American ancestry through the relatively new science of DNA testing, Native Americans could be finding European ancestry in their DNA that predates the arrival of Columbus. There was apparently no real 'discovery' of America. She has been here and inhabited for a loonnnggg time. Posted by Jobs Children at 7:20 AM