Balaam A. Carter was not included in usual list of the descendants of the Revolutionary patriot, Samuel Carter, but I've discovered that he was in fact the Great Grandson of Samuel. Balaam's parents are listed on the license of his second marriage in 1879 to Bettie Rummage as James and Mary Carter.


There is a James Carter who shows up in the 1830 and 1840 census of Montgomery County, West Side, which became Stanly in 1841. Neither James nor Balaam show up in the 1850 census, but I believe they were probably just missed. James was at least alive in 1842,  when on Tuesday, May 10, in the Pleas and Quarters a deed from James Carter to Mathias Moose was proved.

He was dead at least by May of 1857, when Balaam A. Carter and his mother, Mary Carter became indebited to Julius A. Kendall, 'for one dollar in hand, one bay mare, one cow, 3 head of hogs and all our growing crop of wheat, after the rent is paid, all our crop of corn and fodder, payment of one note made payable to Peter E. Fouts for $55.'

There are a few mentions of James in the early land records of Montgomery County, which included present day Stanly County, in conjunction with activities of other Carters. The landmarks are on the Stanly County side of the river, in the exact area the Carter's were known to habitate. He also appears to have perhaps been a friend of Isaac Burleson. 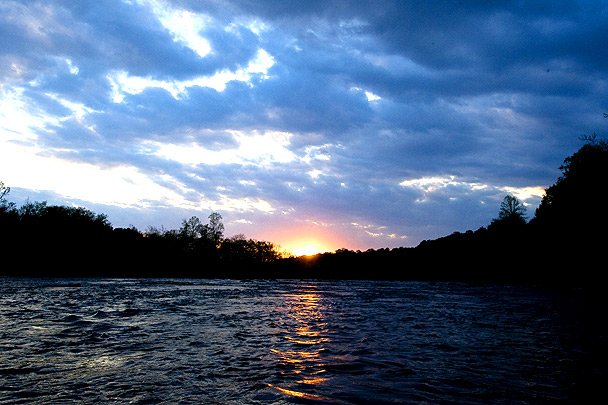 By the 1860 census, Balaam has married wife, Alvina Holt, daughter of Allen and Phoebe Holt. Allen passed away in 1850 and Phoebe in 1858. Also living with them is her little brother, Benjamin Holt, his motber, Mary, 'Polly', and 20 year old Susan Carter, whom I believe to be his sister, but her realtionship is never given anywhere, so it is indefinate.

I found in the Holt research of other persons, a Joe Holt in particular, that Balaam and Almira married in 1854, but I have not found a marriage document for them. That may be forth coming. I have the estate records of her parents on order from the Archives. Perhaps they will reveal a little more information.
What I do know is that several land records identify Alley as his wife.

Alley's name is seen interchangibly as Alvina, Almena, Elvina or Alley. Her tombstone apparently reads 'Alley Carter.' In the book, ' These Hallowed Ground's', published by The Stanly County Genealogical Society 2012, a survey of the Isaac Marbry Cemetery, located south of Albemarle, notes that "Richard Ingold remembered a stone for Alley Carter" being there. The cemetery is very old.

Alley died between the 1876 deed in which she was named and Balaam's 1879 marriage to Elizabeth "Bettie" Ann Rummage.

A much earlier deed reveals how Balaam fits into the Carter puzzle, however.

On the 12th of September, 1844, the year that Labon Carter passed away, B.A. Carter sold 'a certain interest or parcel of land known as the land of Labon Carter, deceased....viz, one third of one tenth parts of the said land being the full share of said Balaam Carter.

What this implies is that Labon Carter had at least 10 heirs that were either alive in 1844, or had living heirs themselves. Balaam's one third of one tenth means that child predeceased the father, Labon, and left 3 heirs his or herself. Knowing that James Carter was the father of Balaam and that his mother was living until at least 1880, we can now surmise that James Carter was the son of Labon Carter and the missing tenth heir of Labon Carter.

Balaam cements the fact in a 1860 indenture between himself and his uncle, Green Carter, by 'bargain grant and sell the said Green Carter all my right interest & claims in and to all of the claims lands owned by my grandfather Laban Carter. This was witnessed by Tillman Carter, another Uncle, and July A. Howell.,  who was an unusual choice.

This last one was not registered until 1906.

Since James Carter was alive in May of 1842, and dead before his father in 1844, I can narrow his date of death to that 2 year span.
Assuming 20 year old Susan Carter in the 1860 census was his sister, that leaves one unidentified heir of James Carter.

There are also two interesting relationships in the life of Balaam Carter, besides the ladies in his life, and that is the triangle of himself, Richard Carter and Nancy Cranford.

A case between Richard Carter and Balaam Carter bounced through the courts, first showing up in the Spring of 1864. In 1867, it was referred to Supreme Court and in 1869, it was eventually dismissed and never came to fruition.
This is it's 3 mentions:

Spring Term 1864: Richard Carter vs. Balaam Carter   Time until next term to answer

That is another document I would love to order from the Archives. 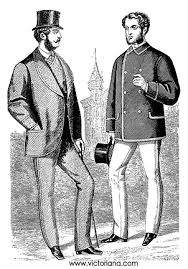 I wonder what that was about. Knowing who Balaam is now, I wondered who Richard was, in relation to him, exactly. It was not difficult to find, although there were several Richards, and several Doctor Richard A. Carter's as well. The first one, at least, must have been named for Dr. Richard Anderson, as it seems he was a popular and well-like physcian. He was known to have made the speech in Albemarle that enticed many a Stanly County boy to join up for the Conferate Army, and several of those to loose their lives. The following is a link to the memoirs of Mrs. Carter-Hoffman, submitted by Jodie Gee, which tells the tale of this event:

The following is the link to the story of the Freeman-Marks house and how is served as an office to Dr. Anderson and also to a Dr. William Lilly.

Dr. Anderson was first mentioned in my post on Martha Jane Rummage, sister-in-law of Balaam Carter. Dr. Anderson owned property adjoining the Rummages, and Martha Jane named one of her sons in honor of him, as did a couple of Carters. 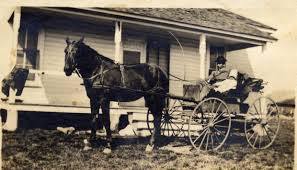 Richard Carter, who was the most likely one involved in the lawsuit, was the one born in 1803, and the son of Henry Carter and Mary Frances Stoker Carter. He also had a son, Richard Jr., who, being born in 1847, would have still been in his teens when the lawsuit ensued, so I feel that it was more apt to have been Richard, the father, than Richard the son.

Henry Carter and Balaam's grandfather, Labon Carter, were brothers, according to the research I've found. I've not looked into this link in depth on my own, but judging from online information and other family trees.
If so, that would have made Richard and James, Balaam's father, first cousins and Balaam and Richard first cousins once removed. Not an extremely close relation in those days, as most neighbors were relatives in some manner.

Nancy Cranford first shows up in an indenture dated March 10, 1866 between herself and Richard Carter and 'the heirs of her body' for 11 1/4 acres adjoining E.B. Nash. This is during the time of the lawsuit between Richard and Balaam. It is also in the years just after the Civil War.

The Cranfords were a Montgomery County, east side of the river family. There were few in Stanly County at that time and none at an earlier date.
Later, an agreement is made between Nancy Cranford and Balaam Carter.
Then in the 1900 census, Nancy Cranford is shown as a boarder in the home of Balaam Simpson, along with his daughter, her husband and baby.

So who was Nancy Cranford? Her presence just seems to add more questions to the equation.

Next I will explore identity of Nancy Cranford, along with that of the other women in Balaam's life.