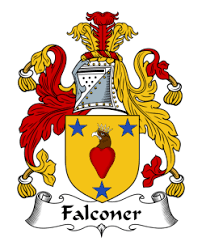 Having been relatively silent on my blog recently, I just wanted to throw something out there, not only to avoid having an empty month, but to help myself toorganize my mind. Rest assured, that just because I have not blogged recently, except for a brief trip down memory lane while missing my parents and grandparents as the holidays roll around once again.

What I have been busy with is a great deal of a waiting game. My most recent project is an attempt for about the third time, this time using DNA, to break down one of my many brick walls.

John Falkner (or Faulkner) was born between 1807 and 1812, depending on which census record you use. He was married first to a woman named Patience (or Patia or Pashy for short), whom I believe was Patience Flowers, daughter of a Michael Flowers, by whom he had 4 or 5 children. He then married Susan Webster, my third great grandmother, daughter of Erasmus Preslar and Nancy Webster. She had a son, James Coleman Webster, already, who would assume the Falkner name, and they would have 11 more children together. That was a crazy number of mouths to feed. John had gone in debt early on and was wounded by that debt financially. He is not found after the 1870 census, and I believe he died in 1877, due to a newspaper article that mentioned a Faulkner passing away, first name omitted, simply by the process of elimination. The Faulkner family in Anson County at that time was relatively small, only consisting of  John's own and that of Susan Myers Falkner, widow of  Asa. I believe the two branches connected a generation or so back.

Some family trees have John living until the 1890's, and I know Susan Webster Falkners was alive, at least until 1886 and 1887, as she was very much alive when her younger daughters, Fannie (my line) and Ella, were married, even though none of them were enumerated in the 1880 census. 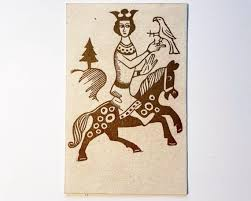 The Falkner/Faulkner name derived from a profession name, like Carpenter or Butcher, that profession being the one of Falconer, a person who trained falcons for hunting, most times in the employ of a Lord, King, or other nobleman.

The surname would evolve into Falkner, Faulkner, and even Fortner, depending on who was writing it down and which version the family would take with them when they migrated from here to there, usually southward and westward, but always on the move. 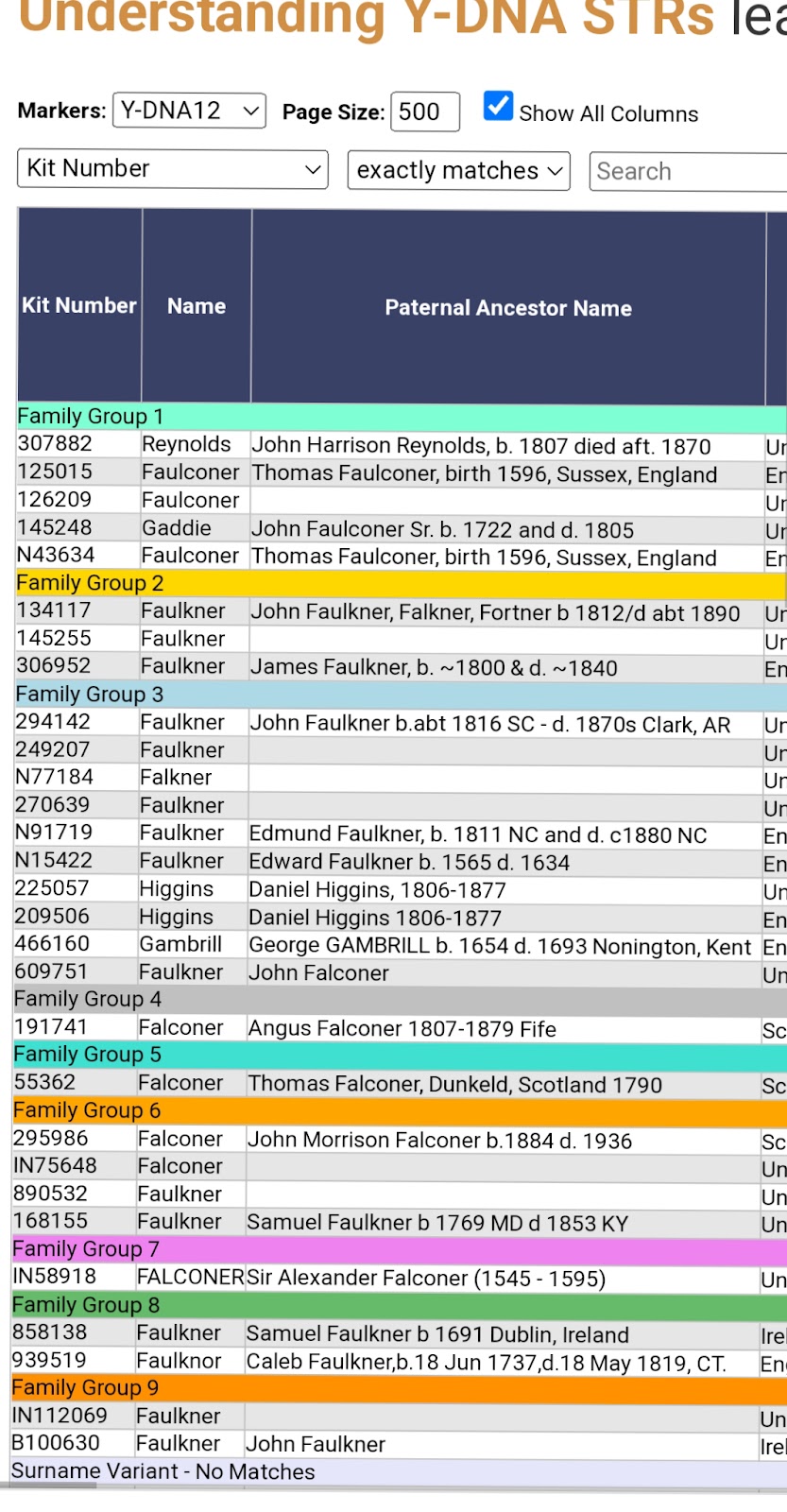 And there he is in family Group 2 - a descendant of John Faulkner 1812-1890. The group is so far small, only John and an unnamed Falkner, and a James, 1800 - 1840,  oddly born in England. As our line of Faulkners, or whom I believe is our line of Faulkners based entirely on a very large pool of genetic matches to myself and other descendants of John, were in Anson County, NC long before 1802.

I've had mixed results with Y-dna testing, and that is to be expected. It's based almost entirely on whom else has taken the test. The more individuals who take the test, the better results one can get. Some families have had testing projects for quite sometime now. Others are just getting started or haven't started at all. From what I can tell, getting an unbroken line of 7 to 10 generations of the same surname can be a miraculous occurrence on its own, knowing human nature.

So now it is a waiting game to see if this test is going to offer up any answers, or just more questions.

Another project I am working on, that will eventually equate to a blog post subject, is finding the connection between certain dna matches and my own family tree. This can sometimes be a challenge, as some have very short trees. These matches are distant, as anything less than 4 generations are connecting them to links I already know about. What I am hoping to do is find genetic matches that can lead me another generation back, or to prove a possible line I am not certain about. Unfortunately, I've found over the years that some folks have just jumped the gun and assumed connections with little or no proof. Let me correct that, with no proof. Sometimes, circumstantial is about all that is left to find, especially among those who left no wills, or were not socially prominent.

Like what I ran into in my Starkey (Stark) Ramsey line. One would think, with a first name as unusual as Starkey, I could find his origins before coming to Anson County. I haven't. Very early on, he was not the only Ramsey in Anson, then after a decade or so, he was. My best clue was that he recieved a land grant that bordered that of a John Ramsey.  This is mentioned on the Land Grant. In the 1790 census of Anson County, only John appears. He actually appears twice. There are 6 people in both records, 4 males and 2 females, so I believe the same household was counted twice instead of there being 2 Johns. Stark is not listed, yet, anywhere. In 1800, Stark, (incorrectly transposed as 'Mark'), and a Samuel pops up. John is now living in Richmond County and shows one male and two females in the home. A Richard also pops up in records and land grants. What it is appears to be is that John was the originator of this line in Anson. In 1790, his three sons Starky, Samuel and Richard, along with an unknown daughter, are still in the home. By 1800, the sons have established their own households and in 1803, Starky recieves a land grant on the East side of Little Creek, adjoining John Ramsey and Abecrombie. Little Creek is not that far from the PeeDee River and the Richmond County side of it. However, it's all coincidental and proof of nothing, but the fact that Stark received a grant that adjoined someone of the same surname could indicate that a famial connection was probable.

In 1814, Stark recieves another grant of 150 acres adjoining Wilkerson lands and in 1818, he records a grant of land adjoining Ludwell Carpenter, another of my ancestors.

From there on, its only Stark as far as Anson County Ramsey's go, and he maintains a home around Burnsville. Then his sons began popping up. Samuel, my line, moves up into Stanly County, and Robert, moves over into Union, but a DNA project and my own research has pretty much nailed all the younger Ramsey's to Starks tree as sons or grandsons. I just can't get past him.

This one clue may be all there ever is. As far as the older Samuel, who might be Starks brother and could be the namesake of his son, Samuel, there was no shortage of Ramsey's, even Samuel Ramseys, even in those early years, so who knows? DNA may be the only way to connect and group of Ramseys to another.

A third aspect of my current projects stemmed from my Falkner research and has gotten pretty sticky, not to me, but to third parties.

Why do people tend to look back through rose-colored glasses? The past was not all gumdrops and daffodils, quite the opposite. It was hard, hard work, hard scrabble, hard times. Yet, we most often speak of simpler times in idyllic terms and ancestors in heroic terms, placing them on pedestals. But the truth is about as far from that filtered view as we can get.

The past was dirty, unforgiving and cruel and we can not judge the citizens of those times on today's standards. Mores are projectorial. Our ancestors and their neighbors would view todays values as ascue as we would see theirs as today.

What I am saying is that right and wrong is in the eyes of the viewer and the markers of the times. In all that, humans, all, are perfectly flawed individuals, colored by their era on earth. No how many rules you make,  lines you draw, or fences you build, individuals will break them, cross over them and go around them.

The past is simply that, the past. You can't change it by blocking it out or trying to hide it. All you can change is the future.

Truth does not judge. It simply exists.

Posted by Jobs Children at 6:16 AM