The Man in the Mist The old man trudged determinedly by the creek, his head bent downward, studying the path, his pace rapid and purposeful. A walking stick kept pace in his right hand, but his gait was steady and knowledgeable. He was neither short nor tall and his build was broad of shoulder and stocky. He bore a long gray beard that trailed off at the end, unshorn. He wasn't in the winter of life yet, not shaky from the nearing grave, but he was in autumn and just begining to feel the coming frost. For a brief second he looked up, at the hill beyond or something far in the distance. Just for a moment, then he returned to his trek and disappeared into the mist.

There are two television shows that deal with genealogy that I love to watch when I can; NBC's "Who Do You Think You Are", and Dr. Henry Louis Gates's "Finding Your Roots". They air intermittenly and infrequently, so I don't catch them all, but I've seen enough of them. Frequently the guests; celebrities, artists, athletes, journalists, are fortunate to discover places their ancestors lived, toiled, farmed and walked upon the earth and visit the exact spot. Without fail, they mention a connection to the place, a feeling of belonging, as if the earth recognizes their DNA.

I know what they are talking about. I've felt that. Whether it be the streets of Albemarle, North Carolina, the banks of the river at the old Davis Ford, the old Alexander Erwin manse at Quaker Meadows near Morganton, NC, what's left of Green Level in Marlboro, South Carolina, the grounds of Rocky River Presbyterian Church in Cabarrus County, NC, the town of South Hill in Mecklenburg County, Virginia or the Village of Skeffington in Leceistershire, England, I have felt the oneness with the earth, the genetic memory of the place, the feeling of home.

I knew who the old man was whom I had seen that early spring morning. I don't believe he knew me. He seemed more of an echo, a resonance, a replay. He was Henry Davis and he was trudging along Cloverfork Creek north of the oldest part Albemarle, NC and now within its city limits. As genetic memory,or the recall of ancient dreams, or however one may label it, has happened to me multiple times, it no longer confounds or confuses me. I simply accept it and feel blessed by this gift. There are places where I have never been before where I can stand and feel at home, or remember, if you can call it that. Sometimes, I know why, at other times, I do not and on those occasions, I am driven to find out why.

Recently, I was contacted by a 'middle distant' cousin, one I could immediately indentify the connection to, but not a 1st or 2nd cousin. With this cousin came treasures, and this is why I blog. Many people possess items from their ancestors and others possess knowledge of those ancestors, or other items that the other doesn't have. When connections are made, the wealth is shared, be it knowledge, documents or pictures. Over the years, it has fascinated me how those that migrated away sometimes know so much more than those who remained in place. It's like they treasured the knowledge of where they came from because they were moving away, and passed that knowledge on to their children and grandchildren while the ones who stayed saw no reason to record information, to label photos or preserve documents, because they were still here.

This cousin had portraits of Henry Davis and his wife Martha Palmer Davis, passed to her from someone else, no doubt related. I could not wait to see them.

And there before me was the man in the mist. 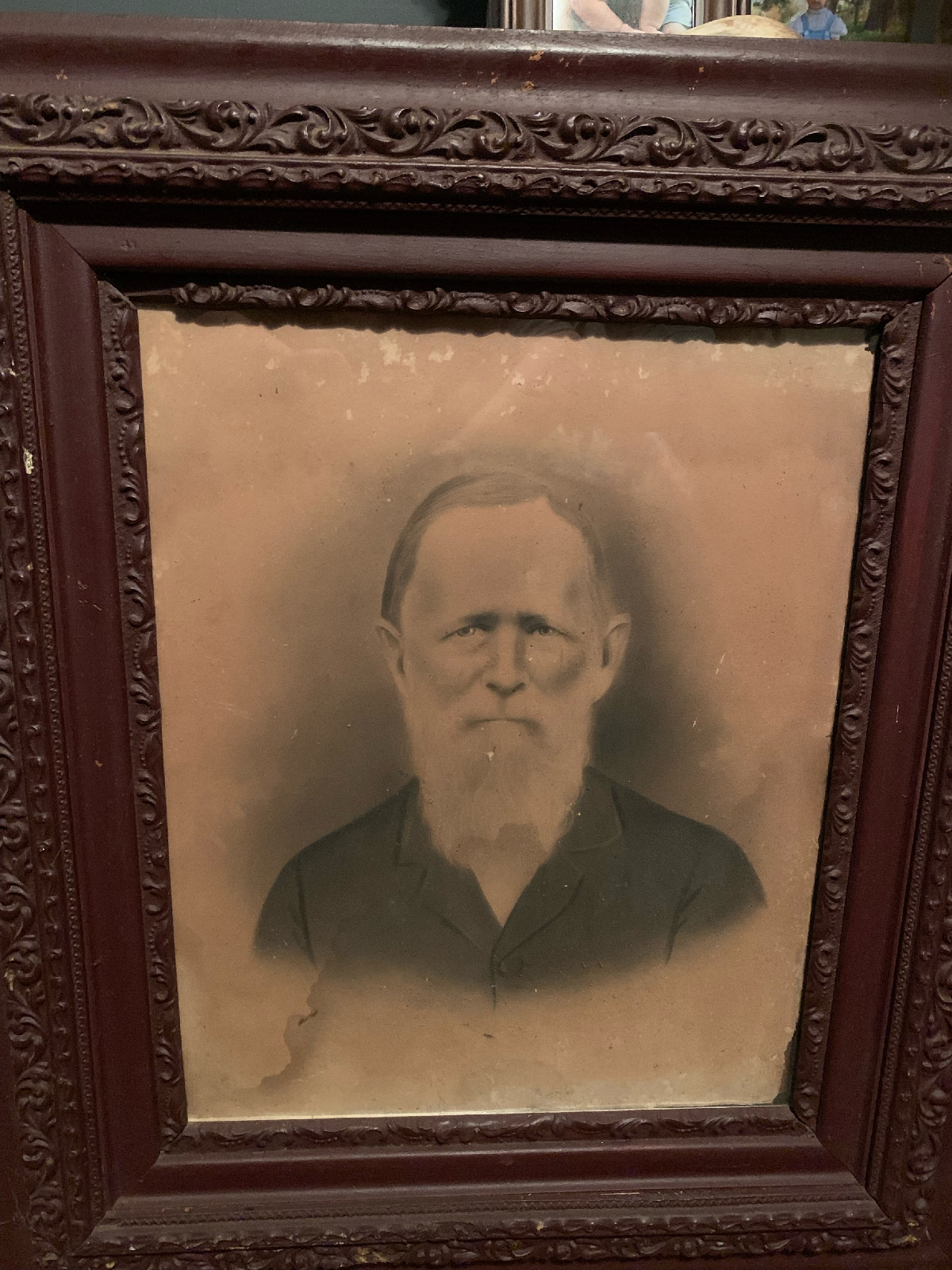 And his second wife, Martha, my 3rd Great Grandparents. 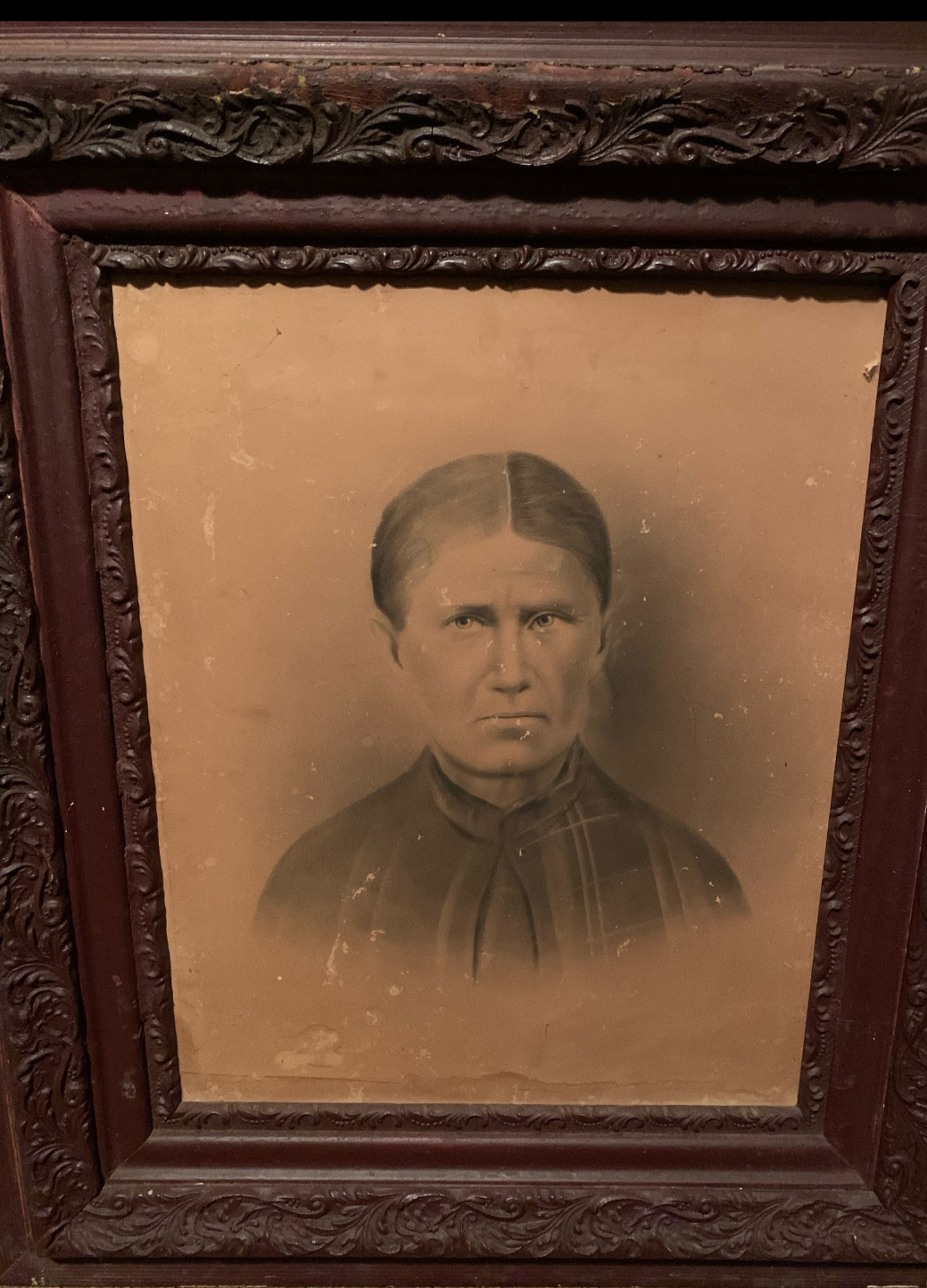 Henry Davis was born in 1806 along the Rocky River on the southern border of what is now Stanly and Anson counties. He was pertinent in establishing the new government of Stanly County when Montgomery County was divided in half with the Yadkin / Pee Dee River as its boundery. By virtue of his offices and involvement in establishing a new county seat within 50 acres on the old Hearne property along Little Long Creek, he had purchased property nearer to town to be able to participate and be closer to the area, along Cloverfork Creek.

At some point along the way, Henry lost his way, his faith, his spirit. He was buried at the John Lee Cemetery in Anson County, just the other side of the Rocky River where he grew up. John Lee was the father-in-law of Henry's brother, James M. Davis. James had taken over a mill and a mine there, along Richardson Creek. I had the priveledge of visiting there not too long ago.

Henry's parents, Job and Sarah Winfield Davis, had both been born in Mecklenburg County, Virginia and settled along the Rocky River when they were young and died and are buried in Stanly County, NC. His descendants live now, all over the country and truthfully, all over the world. Some of us are still in Stanly County.

I see you Grandpa Henry. 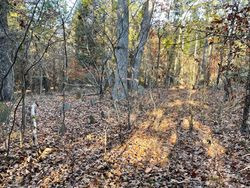 Posted by Jobs Children at 5:49 AM