It happens over and over. When someone finds out that I'm 'pretty good at doing genealogy', I get this often repeated request, "We know our Great Grandma was a Cherokee Princess, my grandma told me, but I got a (Ancestry.com, My Heritage, 23 and Me etc.) membership and can't find it. Can you help me find my Cherokee ancestors." 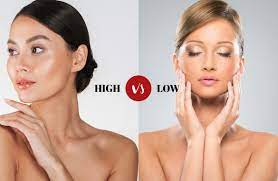 Wake Up People! You're NOT CHEROKEE.

!) The English who settled in Pennsylvania and Virginia and then migrated down into North Carolina via the "Great Wagon Road". And the Irish they brought with them and sent forth into the wilderness first to bear the brunt of the wrath of the Natives.

3) The Scotts who came up the Cape Fear River from the coast into Brunswick, Cumberland, Chatham and then west into Moore, Montgomery, Richmond and Sampson Counties.

4) The Africans who were brought here against their will during the days of the cursed and inhuman slave trade.

And this group applies to EVERYONE, no matter the color of your skin. If your family lived in this spot in 1850, chances are, you have percentages of DNA from every single one of these 4 groups of people.

That said, there were a few exceptions. There were known to be a few Swiss entrepreneurs, French soldiers who came with Lafayette that stayed, Portugeuse abandoned on the outbanks by devious ship captains. We even had Chinese immigrants who started many laundries around the turn of the 1900 century. But these groups were not the most populous.

There were a few Native American tribes from the EASTERN part of the state and Virginia, who endured and who have small populations in North and South Carolina to this day. Through many years of research, I've discovered I have Nansemond, Waccamaw and Leni Lenape ancestry, and yes, AmerIndian DNA does show up in me. But these tribes and these ancestors are far back in my gene pile and are far outnumbered by the many Europeans who came together to create - Me. 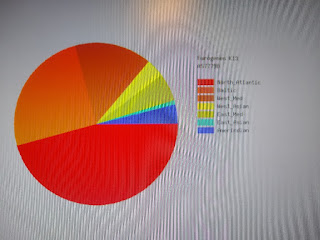 However, there are some standard family lines in Western Stanly County that do have rumours of Native American DNA. One family even tried to file a claim around the turn of the century, based on what they knew of an ancestor of theirs, and were turned down, because they really had no truth.

A certain project I have been working on for years was to research several living breathing families in our area for whom Native heritiage, or some type of heritage other than full on European was probably, due to inherited features. And I'm not speaking of high cheekbones, but of dark skin. That said, a basic knowledge that not every trait of a parent is passed down to a child. And the further back one goes, the less of each ancestor a person carries. So one branch of a family tree could carry a dark-skinned gene from an ancient ancestor and in  another branch it had been washed out.

This project has led me to a common ancestor or two, and a common family, among several of these branches, and they all lead back to the Ezekial Morton and his possible Native American wife. The same family who tried to get on the Dawes Rolls and were denied for lack of evidence of their Cherokee heritage.

Ezekial Morton was born around 1770 in what is now Surry County and later moved to Anson County. He finally settled in the Western part of Stanly County in the area we now know as Red Cross, very close to the Burris family. Ezekial was reported to be the son of William Carr Morton and Lucy Taylor, although I personally have no hard evidence on that, neither have I found nothing to dispute it. As another one of my ancestors, Solomon Burris, was married to Judith Taylor, I wonder if there was a familial connection between the two families. Judith and Lucy could very well have been sisters.

We know that Ezekial Morton and Solomon Burris knew each other well and were pretty close. Not only did they live in the same general area, but Ezekial aided Solomon in obtaining his Revolutionary War pension by swearing a statement to the validity of his claim, he also witnessed Solomon's Will.

Like Solomon, Ezekial had a huge family, who prospered, and became the beef and taters of the West Stanly soup along with other families like the Almonds, the Efirds, the Whitleys, the Huneycutts, the Lamberts, the Cobles, the Cagles and the Burlesons. For generation after generation, the families intermarried, some migrated west while others stayed. Anyone who can trace an ancestor back to the western part of Stanly County will relate to several of these core families, along with some of the smaller ones in some way.

Ezekial married a woman named Elizabeth Brumbalow, called by the nickname Betsy. Betsy is where the legend of the Cherokee blood came in. Betsy was the daughter of Edward Brumbalow. He shows up in the 1790, 1800 and 1810 censuses of Anson County, NC, which borders Stanly. He is sometimes seen as Edward Isaac Brumbalow and there is a Find - A- Grave entry for an Isaac Bumbalough in Anson County who was born on January 13, 1743  in Richmond County, Virginia and settled in Anson, the son of Edward (1710) and Elizabeth. Some of the family migrated to Gwinett County, Georgia.

Many of the Morton/Brumbalow descendants staked their claim to Cherokee blood on a couple of letters.

Edward Brumbelow was my grandfather. He lived in North Carlina (sp) Chatham Co he moved from there to Anson Co there his daughter Betsy married John Thomas he had two sons one named Isaac and one Jessie and one James (errors her own) that I remember my grand Father was known by the name Judge Brumbelow and he went to the purchace of Gorgia when the Indians inhabited that Country he was said to be about half Indian.

Also in the collection of W. H. A. Whitley was a letter written by his Uncle, Levi C. Morton, who was one of the younger sons of Ezekial and Betsy Morton. Levi Christian Morton was born around 1825 and the letter was dated Feb 10, 1894 from Big Lick, North Carolina. Levi would have been closing in on 70 years old. In the letter he said that only he and his younger brother, Allen Green Morton, were still alive and all that was left of 12 children. He also said that his grandfather was named David Brumbelow and was of Indian blood.

Now, there was a David Brumbelow, who was supposedly the brother of Edward Brumbelow, father of Elizabeth. While most of the Brumbelow family seem to have migrated to Gwinett County, Georgia, David remained in North Carolina and had extensive land holding in both Anson and Mecklenburg Counties. Most of the area in which he owned property is now in Union County, formed from portions of both mother counties in 1842. He lived on Richardson and Lick Creek and married an Amy Medcalf. She followed her children, after his death to Monroe County, Georgia.

In 1907, an attorney named J. R. Price, took the claims of a group of descendants of Ezekial and Betsy Morton to Washington, D. C. 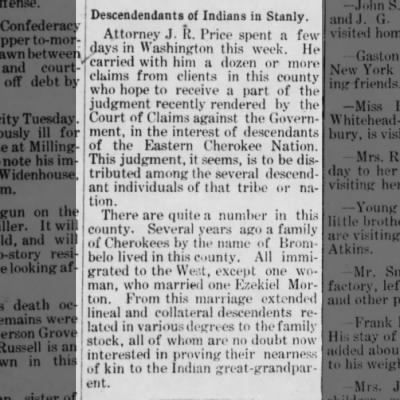 Not all of the Morton descendants were happy about the claims of Native American blood, however. Rev. D. S. Morton, a grandson of the couple, states that he didn't believe his grandmother was of "Indian" decent, however, he admitted she was 'dark complected', but "no darker than many other people I have seen."

Dark skin. Where did the dark skin come from?

In 2000, a researcher named Leah C. Sims addressed this line of the Morton family and its pesistent rumour of Native heritage. She focused on the fact that the family had all been treated by society as Caucasian peoples and that there is no proof that Betsy had ever lived among the Cherokee. This was before the DNA tests for genealogy had taken off into such a fad.

About 8 or 9 years ago, when I began my research project I deemed, The Indians of Stanly County, I started by tracing the family tree of a few people with no visible sign of Native heritage chasing a rumour. Then I turned to tracing the lineage of families who were of dark or dusky skin and asked them which family line it had came down. Which grandparent or great grandparent had passed on the deep olive tone and jet black hair? After several families showed to have a common ancestry, I tried to trace from that ancestor down, and made it to a few living people that I actually know, and several of them still maintain the dark features and by and large, many of them have passed it on to their children.

Genes are a tricky thing. Cousins will have inherited different traits from shared Grandparents. After each consecutive generation, these certain genes will fall away. Some gene groups will stay with one line for generations, while others will choose other lines in their heritage to display and pass onward.

I am a descendant of Ezekial Morton and Elizabeth Brumbalow Morton. They are my 5th Great Grandparents.

parent of my Dad.

One of the families I traced was an Efird family whose father, a family friend, did inherit the dark skin and jet black hair, that defines certain descendants of this particular Morton family. 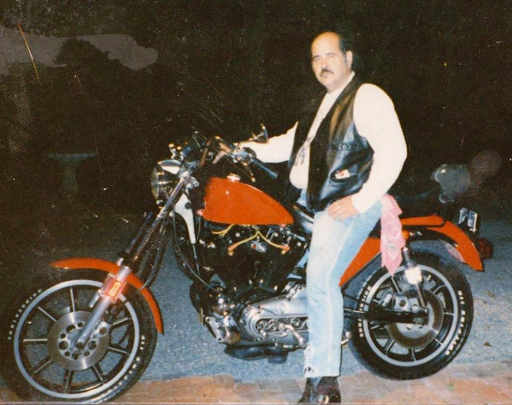 As did 6 or 7 other families that I have traced up to or down from one particular Grandson of Ezekial and Betsy: William Riley Morton. If Betsy were, say one quarter Native American, like some of her grandchildren claimed, and she was dark, as another grandson admitted, her modern descendants would only bear a very small percent of DNA from her if any at all. But if this one grandson inherited her darkness, and passed it strongly down to living Great Great Grandchildren, could that piece of dna still prove or disprove her heritage?

I came across posts from a certain Almond gentleman, whose location I do not know, as descendants are now widely spread, who was asking this very same question, "Grandmama was dark and family rumours of the Brumablow Cherokee connection have been passed down. Where did Grandma's dark skin come from?

My half-British half brorther has Amerindian DNA, as do I. It came from Dad, for certain, as it did not come from his mother. I did not know of any Native American blood in my father's line. The closest I have come is the Morton rumours. I'm beginning to think they were true. 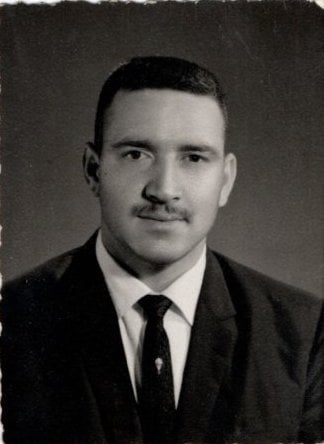 Dad was rather olive.

Posted by Jobs Children at 5:25 PM