The Will of James Turner 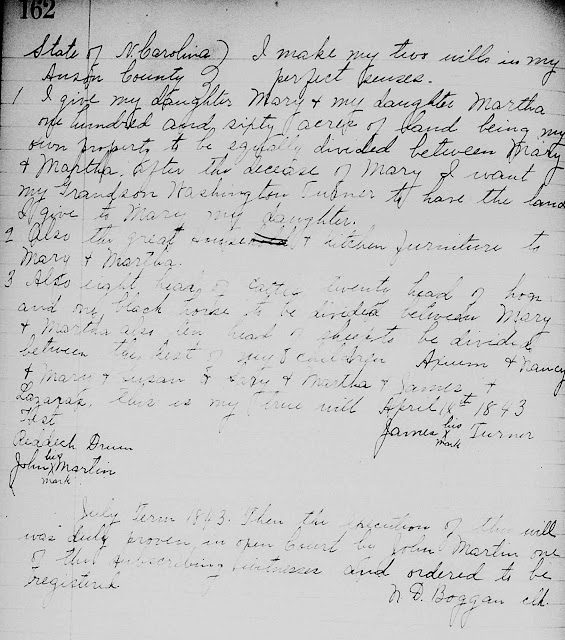 Will of James Turner of Anson County, dated April of 1843. NC Archives.

Going on two hints, or pieces of information, in my search for the origins of my 3rd Great Grandfather, George Washington Turner, I found a possible link to a James Turner, who was alive in 1840,and living near the Rev. Uriah Staton, and not alive in 1850.

Rev. Staton was also closely tied to the Rev. Samuel P. Morton, sort of an anchor to his kayak, who was father-in-law of G. W. Turner, and my ancestor, then, as well.

My other clue was the 1880 census, when the mother of G. W. Turner had come to live with him, and her name was Mary.  I found Mary and Washington in the 1850 census. Also in the home was a Martha, not far in age from Mary.


Right below Martha and Mary Turner, in the very next homestead, is a young couple, Thomas and Chloa Martin Turner. Chloa is the daughter of John Martin, whose name keeps popping up as a neighbor of the Turners, as a witness on the will of James Turner (d 1843) and in land records.

James Turner in the 1840 census, family make up is below.

In the 1840 census, James Turner is listed right next to Uriah Staton, who was the minister that George Washington Turner purchased land from in 1872. There's a Richmond Turner nearby, and other familiar names.

The dash in the transcript must be an error. This is James, who was alive, his wife obviously long since passed, and his two single daughters and grandson, Washington living near him. 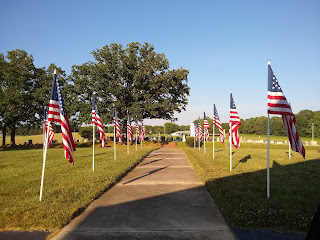 The Will of a James Turner, who died in 1843, gave me more clues. It's a bit hard to read, but below is my attempt to transcribe:

I make my true will in my perfect senses,
1) I give my daughter Mary and my daughter Martha one hundred and sixty acres of land being my own property to be equally divided between Mary & Martha. After the decease of Mary, I want my Grandson Washington Turner to have the land I give to Mary my daughter.
2) Also the great house and kitchen furniture to Mary and Martha.
3) Also eight head of cattle, twenty head of hogs and my black horse to be divided between Mary & Martha also ten head of sheep to be divided between the rest of my children Axum & Nancy & Mary & Susan & Sary & Martha & James & Lazarus. This is my true Will. April 18,  1843
James (X) Turner
his mark

July Term 1843
Then the execution of the Will was duly proven in open court by John Martin, one of the transcribing witnesses and ordered to by registered. N. D. Boggan clk. 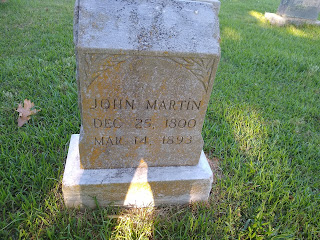 So, there again, is the name of John Martin, and a new name has been brought into the fold, and I will find, he is an important and interesting clue to follow as well, Reddick Drew. Knowing a tad bit about the history of Anson County, I knew that the clerk, N. D. Boggan, was none other than Norfleet Drew Boggan. As names usually were left like a trail of cookie crumbs to be followed if you were quick and 'fleet' enough, I wondered if there was a family connection between Reddick Drew and Norfleet Drew Boggan.

So now I am two more generations back. Mary, daughter of James, was the mother of G. W. Turner, and James was his grandfather. James also had 7 other children: Axum, Nancy, Susan, 'Sary' (probably Sarah), Martha, James and Lazarus.

I'd found Martha, at least, living with Mary, in 1850. The other names were so common, I may not be able to find them. Were Nancy, Susan and Sary married? He didn't say. And James? Needle in a haystack. But Axum and Lazarus? I could possibly have some luck there. 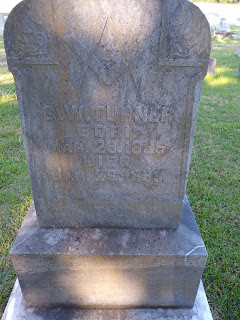 Ok, Grandpa, I'm one step closer to 'finding your roots'.