The Relationship of Susan Davis and Martin L. Schenck

Susan E. Davis was born around 1879 or 1880. She first appears in the 1880 census as a 6 month old baby in the home of her parents, Benjamin Franklin and Julia Ann Sibley Davis. 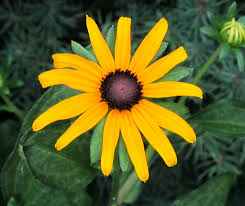 Twenty years later, she is the only daughter in the home with her mother "July" (pronounced Julie) Davis, brother Hartwell Alexander Davis, and a niece, 8 year old "Victory", whose identity I have not determined.

1910 finds Susan, or Susie as she was called, as in inmate at Broughton State Hospital in Morganton, North Carolina.

However, she was  not alone there. Also there were her sisters, Sarah,( or Sallie), Davis Whitaker and W. C. (or Kitty) Davis Cox.

In a land dispute in 1911, sister Sallie Davis Whitaker is still alive and Susie is still a Davis. 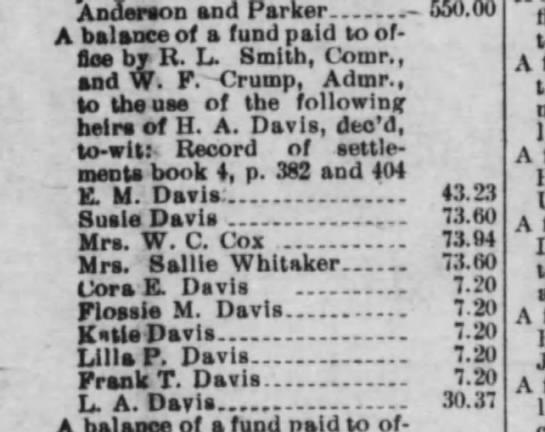 I have no proof, but it may be possible, that Susan met her future husband, Martin Luther Schenck, of Rowan County, there.

Luther and Susie would be married in Rowan County, NC, 6 years later. I know that this is the correct Susie E. Davis, because her address is Norwood, North Carolina, which is in Stanly County and near the farm where she was raised, and also, because later land divisions and court actions after the death of her mother Julia in 1914, and sister Kitty, in 1922, gives her name as "Shank/Shenk".

Despite being married in 1916, Martin Luther Schenck's draft registration for World War I lists him as single.

The other interesting thing that this document gives is his reason for exemption, "Off in Mind". This is why I believe Susie may have met him in Broughton. They both obviously had been released by 1916.

The document gives his occupation as a farmer, working for his father and living in China Grove. He is tall, slender, and had light gray eyes and light brown hair.

The 1920 census finds Luther living with his parents, and no Susan, although it does list his marital status as married.


Maybe his death record would shed some light on Martin's life and perhaps Susan's.


Buried in China Grove, Martin L. Schenck passed away in Lumberton. Was he residing there, or was he being treated in a hospital?

A quick look at his death certificate does give a little more information. The informant was his brother, S. F. Schenck of China Grove, and Martin Luther Schenck was at the Cancer Institute and passed away of Cancer of the Bladder. His usual occupation was given as farming and his parents as Augustus G. Schenck and Margaret Roseman Schenck. His marital status is given as married, but in the blank for spouses name, it is recorded as "UnKnown", His address was given as Rt. 2, China Grove.

His death record declares that he was married. Was he still married to Susan, and was she still alive, or had he married someone else? His Find-A-Grave Memorial does mention that he married Susie E. Davis, although she is not buried with him.

Susan E. Davis Schenck was still alive, at least in 1922, when she was a part of a land division due to the death of her sister W. C. "Kitty" Davis Cox, who had no children. 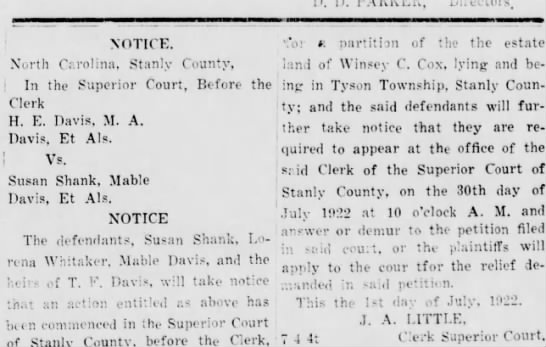 
There are no indications that Susie and Luther Schenck had any children. It actually appears that they split up by the 1920 census, four years after their marriage, but Luther is still shown as married that year, however by 1930, he is not.

What I find most interesting about this census, is that although he is an unpaid family member working on his fathers farm, it claims he is unable to read and write, which was not unheard of then, but also that he was not able to speak English, although he was born in Rowan County, as was both of his parents. Did this mean he was unable to speak at all?

After the 1922 mention in the Stanly County Newspaper, Susie falls off the map.

Perhaps a trip to Rowan County can shed some light on this mystery.


Codicil: The trip to Rowan really answered no questions. It produced the actual marriage certificate, with further information that cemented the fact that Susie Davis who married Martin L. Schenck was indeed the right Susie. There were two other Susie or Susan Davis that married in Rowan County. One was African American and the other was much younger and with different parents.

The Obituary of M. L. Shenck provide no information at all on Susan:

He was born May 26, 1892 in Rowan County, the son of the late Augustus and Maggie Roseman Schenck. He was a member  of Ebenezer Lutheran Church.

Surviving are five brothers, Douglas of Salisbury and wife Shirley, Trexler, Richard and Spencer Schenck, all of Rt. 2 China Grove; and a sister, Mrs. Della Snider of East Spencer (Della was a witness of the wedding). Funeral Services will be conducted Tuesday at 4 pm at Ebenezer Lutheran Church by the Rev. Everette Horne. Burial will be at the churh cemetery.

The body will remain at  Linn-Honeycutt Funeral Home, Landis, until placed in the church 30 minutes before the services. The family will recieve freinds at the funeral home tonight from 7 to 5.

Posted by Jobs Children at 9:42 AM