One of my current research projects is to locate the unknown "Mountains" listed in old deeds and papers of Stanly County. I, and every other person in Stanly County, have been living among these old hills for as long as we have dwelt here, and most people don't even acknowledge the ones outside of Morrow Mountain State Park, and few, if any, know their names.

Their names and locations have been lost to time.

Since I have been on my quest to find these mountains, I am now seeing them everywhere. I can crest a hill coming down 24/27 eastward towards Albemarle, and I see them in the distance. Every time I cross the square in Albemarle, I look westward and see Lowder Mountain. As I come down the North East connector, and crest a hill, I look across in the distance and see Shepherds Mountain. As I cruise the rolling hills and twisting highways of old StanCo, I'm seeing mountains in the distance, everywhere. And they were there the whole time.

One of the mountains I've been attempting to locate is Carr Mountian.

It was with a bit of luck, that I found an article to give me a hint on the location of Carr's Mountain. 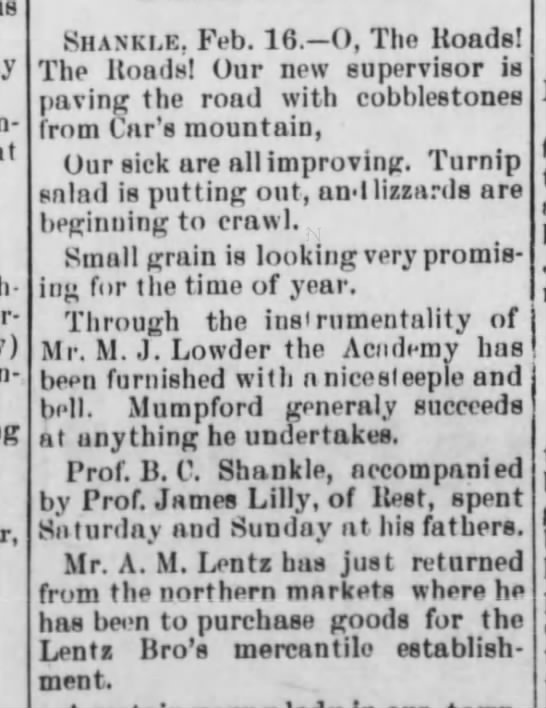 
From this article. I assumed that Carr Mountain was located in the area of Shankle, which was a community south of Norwood, in the pennisula formed by the forks of the Rocky and PeeDee rivers and was one of the most fertile land in the area and drew some of the earliest settlers.

In the reports of the earliest academies of education in Stanly County, it was reported that on February 9, 1893, the North Carolina General Assembly passed an act to incorporate Carr Academy in Norwood, NC, with 26 trustees. 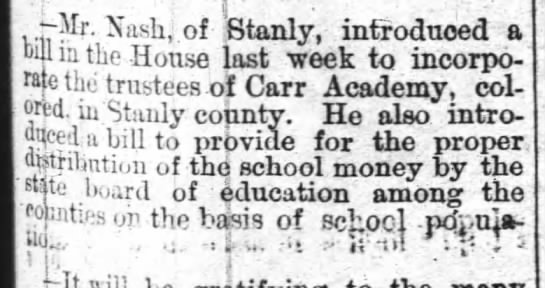 
Carr is not a name I was familiar with, so who was this Carr person or family, who had not only an Academy named for them, but a mountain, and where exactly is Carr Mountain?

Shankle is the pennisula between the Pee Dee and Rocky Rivers as you get to the forks. Historically, it's been revered as one of the most fertile areas of the county.

Shankle remains a remote, but populated area. Covered in soybean fields and corn fields, with happy horses tossing their manes in multiple pastures, Shankle is an area of immense agrarian beauty. 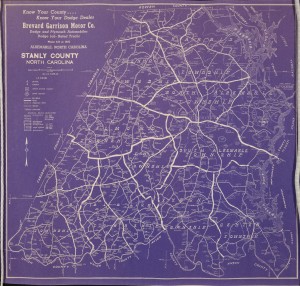 I perused old maps and found that several of the family names that populated the area around the turn of the century (1880 to 1920) still populate the area at the most recent turn of the century (1980 to present). In the old 1916 map, Shankle Road veered left, or west and led down to the old Dunlap Ferry that crossed the Rocky River. This road is still populated by Shankles, and has several dead end roads branching off of it, as they hit water at every side. This is the road that the historic William Wall house was located on, and from what I can determine, was purchased and still owned by a Mabry family. The Mabrys are another family found on the 1913 map, so they have occupied Shankle for over a century. 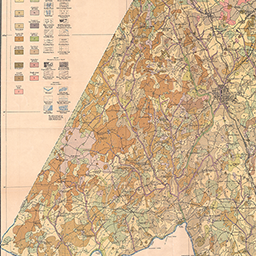 Up the road before it got down to the old Wall house, another road branched off to the East. I believe this is now what is called Fork Road and cut between the homes of Killis Almond  and Joe Almond on the 1913 map. This led to the old Almond Ferry that crossed the Pee Dee River.

Fork Stables, a beautiufl place, occupies this area now. The Horse trials there have been a quite popular event for Stanly County.


Up the road a little further on the 1913 is a Loop Road that loops out toward the Pee Dee side of the pennisula and reconnects with Shankle Road. I believe this is now called "Old Thompson Road", however, no Thompsons were listed on it in 1913. Instead, Jones Howell, Adam Mabry and W. A. Hough lived there.

Up the road still lived a Cap Lowder, and the railroad ran up above his place and headed out toward the dam. Near there was what looked like no more than a dirt path, as it did not have the markings of a road and a place called "Old Brick Yard" was located there.


Shankle or Shankle Grove, as it was collectively known, had dwindled already by the turn of the century, as the town of Norwood had grown, but around the time of the Civil War and Reconstruction as Allenton had turned to not much more than a ghost town and Center had become Norwood in its infancy, Shankle was a center of commerce, agriculture, education and civilization. It boasted a churches, a school, industry, an academy and some of the best crops around.


But the one thing I did not find in Shankle was a mountain. That was because Car's Mountain or Carr Mount, as it was also called, was not in Shankle, was not even in Stanly County, but instead, was within the town of Wadesboro, in Anson County.


Carr Mountain was the site that George Singleton chose to build his Silk Mill,  a progressive engagement and ground-breaking industry for the time. The Mill led to growth in the town of Wadesboro, in more ways than one. Investors from northern towns arrived, looking to make a profit with the cheap laborin the  non-union South, a trend that would extend well into the lifetimes of living persons. 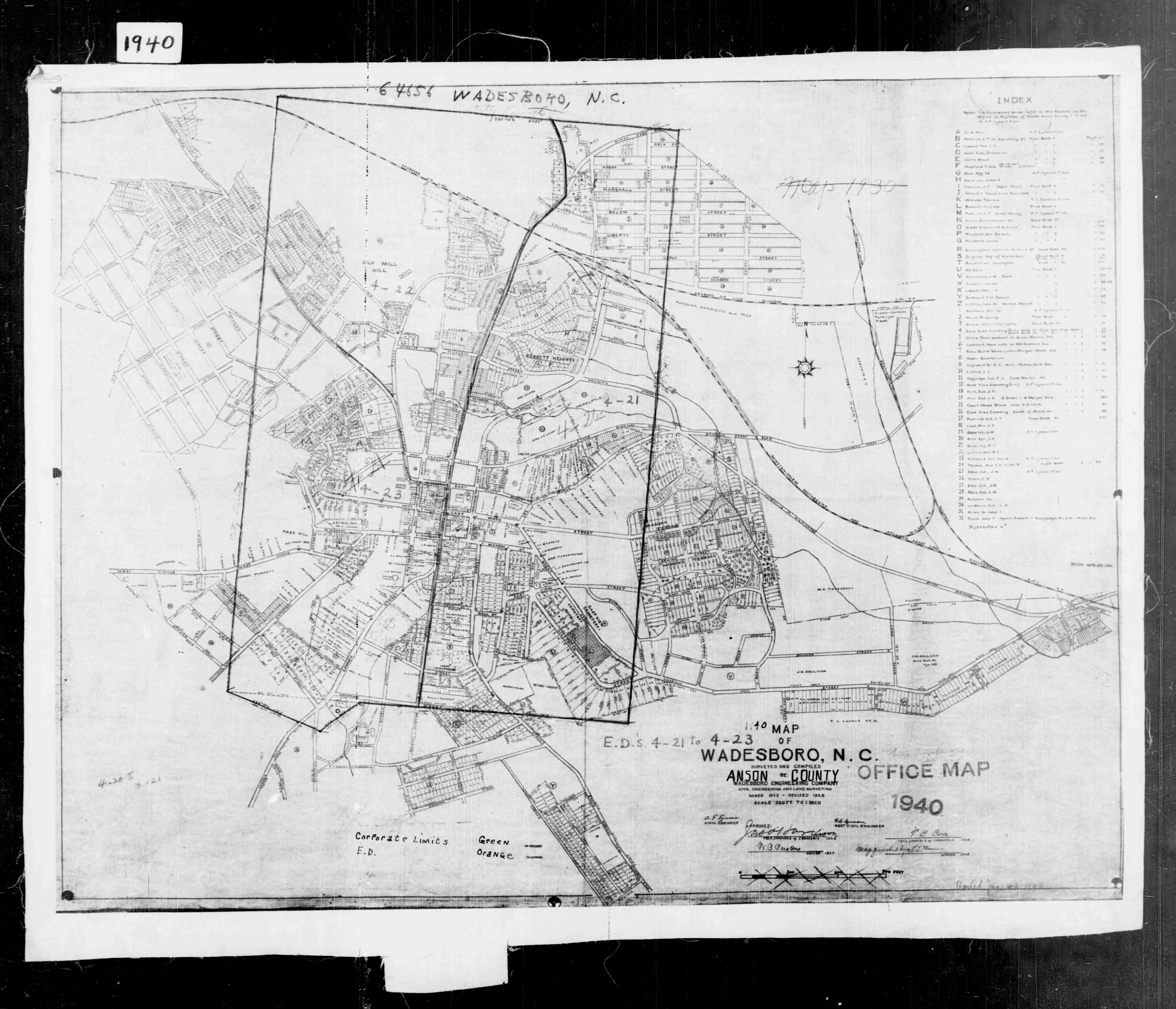 In this 1940 map of Wadesboro, within the sideways triangle, is an empty spot in the northwest quadrant. Within that quadrant, it say "Silk Mill area" and the letter A is encircled there. The letter "A" marks Car's Mountain.


The above link gives a very thorough history of the Singleton Silk Mill. So there ends my search for Carr Mountain. It was not in Stanly County. But Shankle Mountain was.....